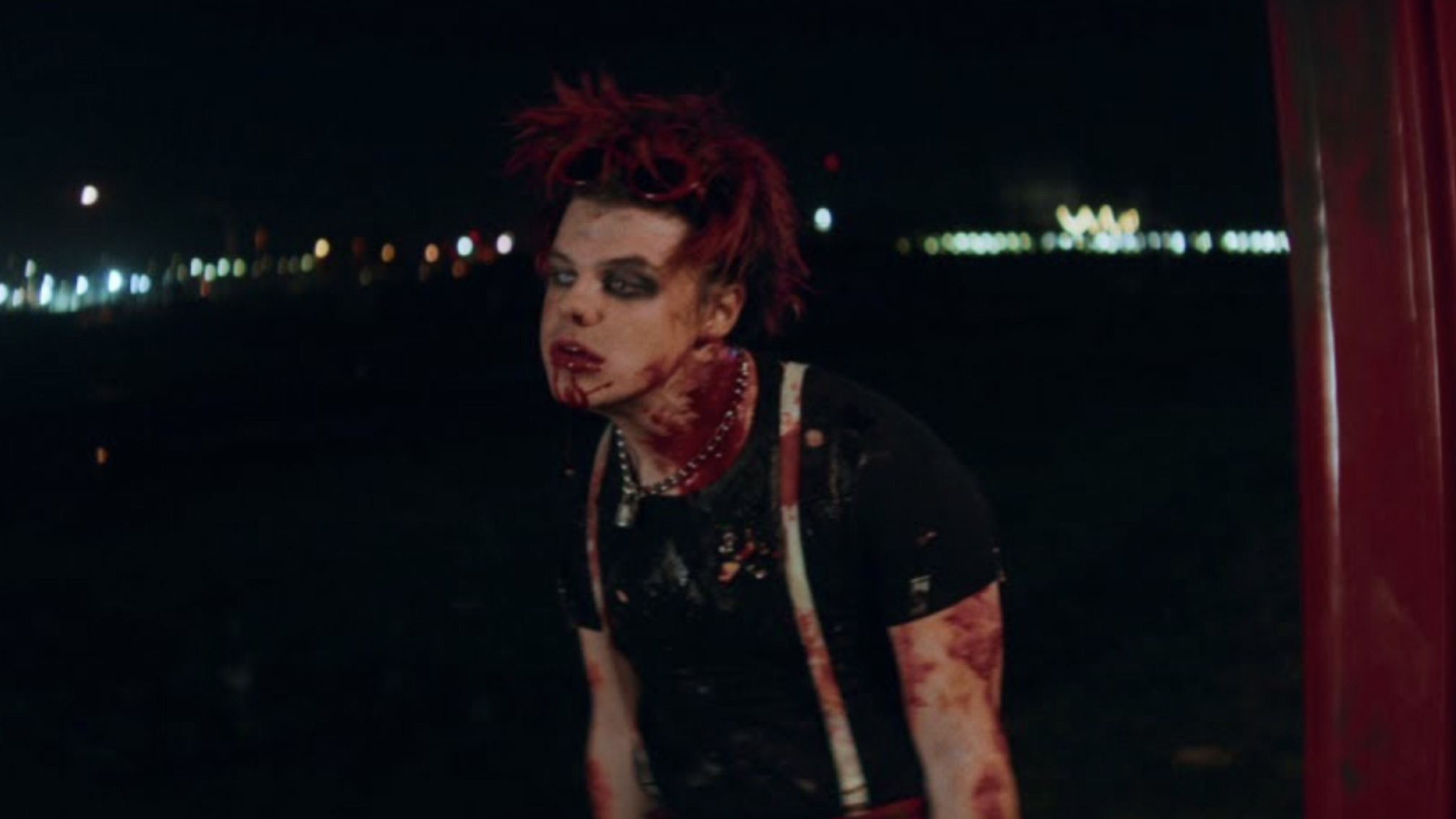 After teasing a potentially gory-looking encounter with zombies, YUNGBLUD and Machine Gun Kelly's official video for Acting Like That has finally arrived.

The pair's infectious 2020 single with blink-182's Travis Barker appeared on YUNGBLUD's second album Weird!, while a prior collaboration – Body Bag, also featuring The Used's Bert McCracken – appeared several months before on MGK's deluxe edition of Tickets To My Downfall. And before that, of course, they all joined forces on 2019's smash hit I Think I'm OKAY.

And this dream team are back at it in the video for Acting Like That, performing for an audience of zombies (as you do) before YUNGBLUD eventually – and seemingly quite happily – becomes one himself.

The Acting Like That video follows the exciting news that YUNGBLUD has already almost finished up the follow-up to his 2020 record Weird!. ​“I’m in the studio,” he announced earlier this month.​ “We’ve been locked down here. I’ve been so mad-creative! I’ve literally nearly got another album done, which is just fucking mental. I can’t wait for you to see.”

Machine Gun Kelly also stated a while back that he was hoping to drop new music in 2021, too. ​“Definitely directing a movie, releasing another album, performing Tickets To My Downfall live – that’s necessary,” he said of his to-do list this year. ​“And being a good human, those are all my 2021 top of the list.”