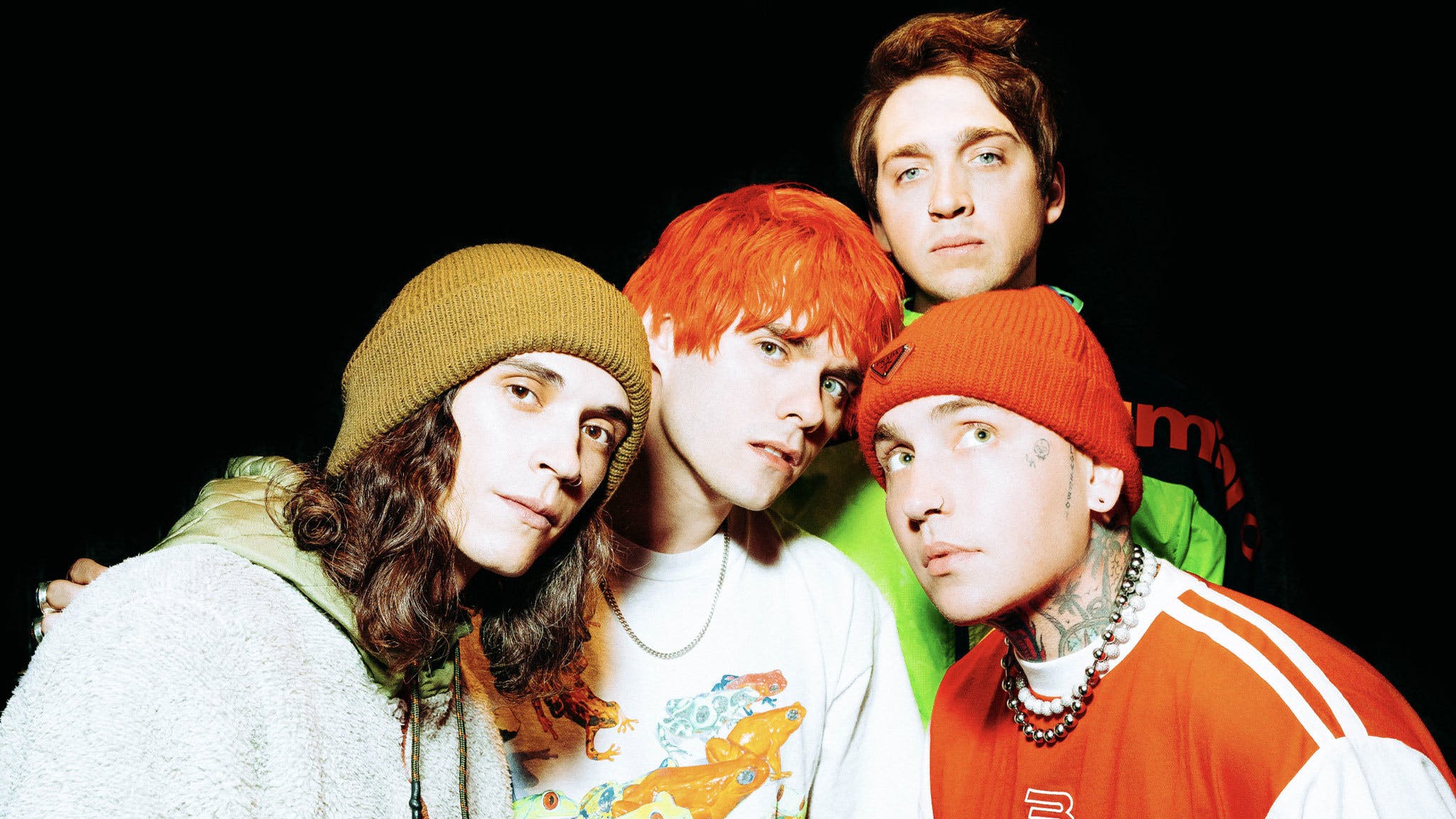 Fresh from touring with the man himself, Waterparks have unveiled a killer new collaboration with blackbear.

The two team up for the moody, anthemic FUCK ABOUT IT, which follows Waterparks’ 2022 singles FUNERAL GREY and SELF-SABOTAGE, and blackbear’s album In Loving Memory and his collab with GAYLE.

Speaking to Kerrang! a few months ago about this next era of Waterparks, frontman Awsten Knight shared of the follow-up to last year's Greatest Hits: “A lot of what’s been – and being – written is very extroverted, because Greatest Hits was conceptually over the course of a night, and had a lot of references to indoor shit, and this one I wanted to feel almost like a reintroduction into daytime.

Listen to FUCK ABOUT IT below: