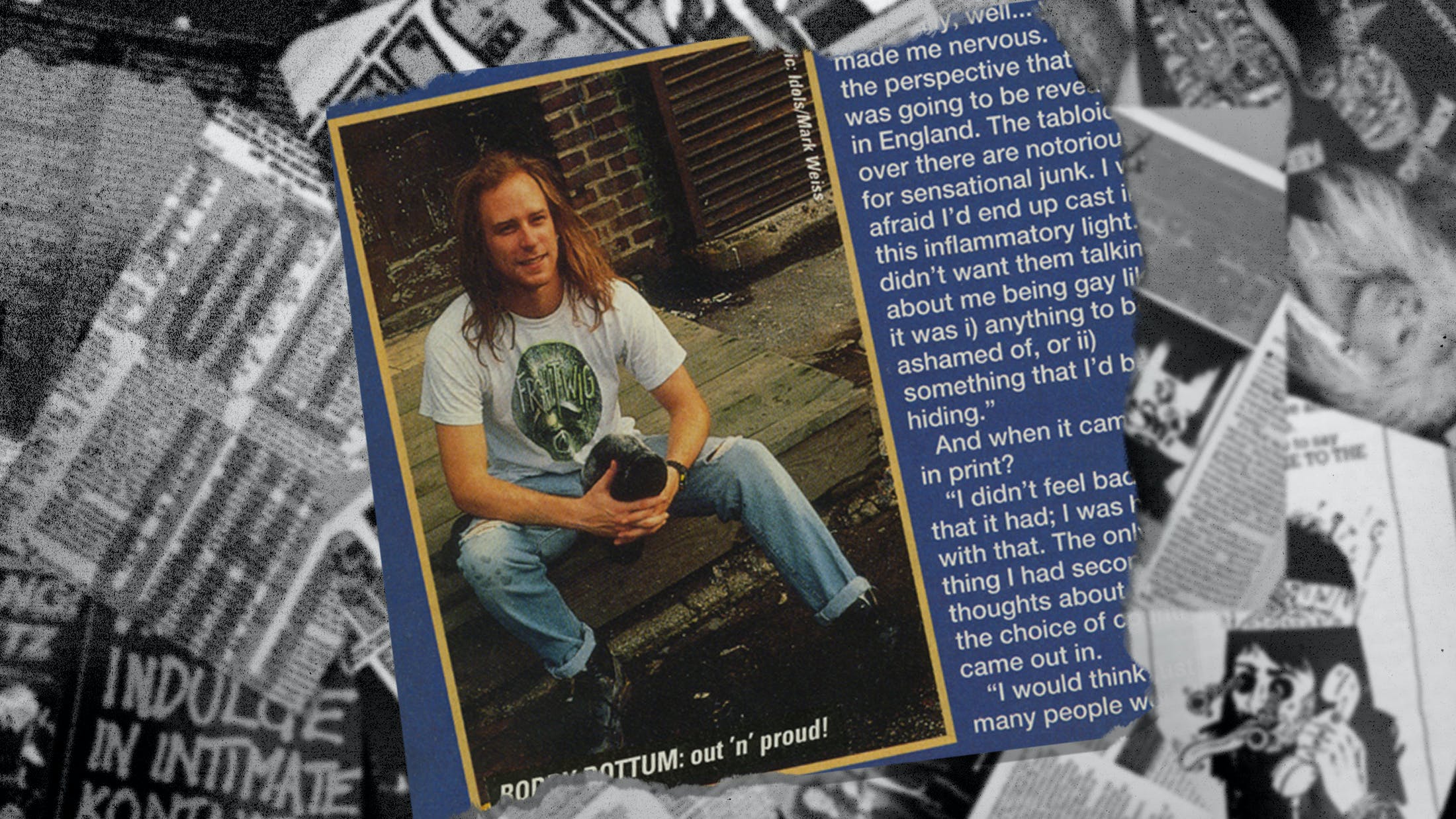 The name Roddy Bottum might not mean much, if anything, to you. To some, he’s most notable as the co-founding keyboardist in legendary metal trailblazers, Faith No More. To criminally few others, he may also be known as the guitarist and vocalist in power pop offshoot, Imperial Teen. In July 1993, however, Roddy found himself in the spotlight in the rock world as its first openly gay star.

Despite what social media or current events might suggest, we live in comparatively enlightened times in 2018. LGBTQ issues are at the forefront of culture and media more than ever before, and as each successive generation grows more open-minded in its understanding of sexuality, repressive, heteronormative attitudes increasingly become a thing of the past.

In the summer of 1993, however, there was a sum total of zero openly homosexual stars in the rock or metal world. That was until Roddy Bottum spoke to U.S. journalist Lance Loud for a piece originally published by San Francisco magazine The Advocate, which was later adapted for print by Kerrang! in the UK (K! issue 444). Hard as it is to fathom in these liberal times 28 years later, the then 28-year-old Faith No More man’s revelation came as a major shock to the scene.

“It made me nervous,” Roddy admitted of his public coming out. “I was afraid I’d end up cast in this inflammatory light. I didn’t want [resultant tabloid press] talking about me being gay like it was i) anything to be ashamed of, or ii) something that I’d been hiding. As far as rock’n’roll goes, there is still the stereotyped heterosexual scenario of teenage girls falling in love with macho guitar heroes. But there’s just as much homosexual infatuation in rock music as heterosexual – it’s about time that it’s recognised.

“I think everyone in the world – whether they admit it or not – has both sexualities in them,” he added. “It’s just that the special people let the homosexual elements surface.”

It's incredible to think that before him no star in the alternative scene had felt empowered enough to come out publicly. But in Roddy’s eyes, he simply had no choice but to take a stand, having witnessed and experienced enough prejudice and judgement.

“I think of being openly gay as a political statement. Something that, in some small way, further the gay rights movement,” he explained.

“I think I’ll make a very positive role model. I’m not fazed by the whole sexuality issue. I’m not going to treat it as a huge deal. Being gay is a really casual thing to me, and I think it’s important for kids to keep in mind that they should be proud of it.”

In a delicious conclusion to the conversation, Roddy was asked if he had ever contributed any lyrics to Faith No More’s back catalogue – a question that in itself spoke volumes of the time.

“In the past, I’ve done lyrics for a song or two on each record,” he proudly stated. “On our last record [1992’s Angel Dust], I did the lyrics for the homoerotic song on the record, Be Aggressive…”

‘Oh, is that the one about…’ the interviewer interjected.