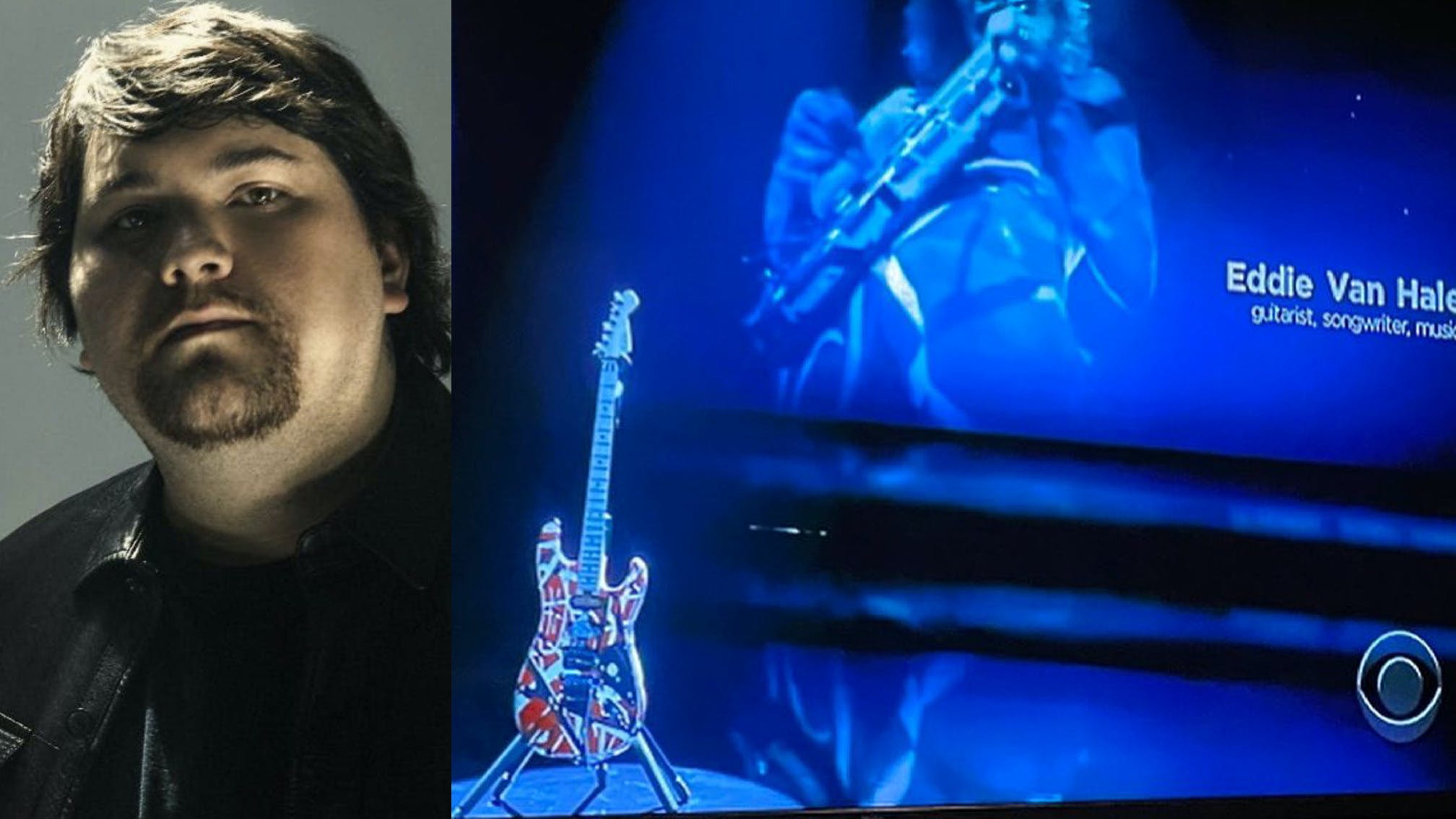 Wolfgang Van Halen has shared his disappointment about the lack of recognition towards his late father at this year's GRAMMYs.

A brief Eddie tribute was held during the ceremony's In Memoriam segment, with his son later stating that he "didn't realise" the guitar legend – who passed away last October at the age of 65 – would only be shown "for 15 seconds in the middle of four full performances for others we had lost", as well as no mention of Eddie at all "when they talked about artists we lost in the beginning of the show".

As such, Wolfgang says that he would like to speak with The Recording Academy to not only address Eddie's legacy, "but the legacy of the rock genre moving forward".

Read this: Remembering Eddie Van Halen, the guitarist who changed everything

Read his full statement below:

"The GRAMMYs asked me to play Eruption for the In Memoriam section and I declined. I don’t think anyone could have lived up to what my father did for music but himself.

"It was my understanding that there would be an In Memoriam section where bits of songs were performed for legendary artists that had passed. I didn’t realise that they would only show Pop for 15 seconds in the middle of four full performances for others we had lost.

"What hurt the most was that he wasn’t even mentioned when they talked about artists we lost in the beginning of the show. I know rock isn’t the most popular genre right now, (and The Academy does seem a bit out of touch) but I think it’s impossible to ignore the legacy my father left on the instrument, the world of rock and music in general. There will never be another innovator like him."

He also added, "I’m not looking to start some kind of hate parade here, I just wanted to explain my side. I know Pop would probably just laugh it off and say, 'Ehh who gives a shit?’ He was only about the music anyway. The rest didn’t matter."

Wolfgang concluded: "I’d love to get the opportunity to speak with The Recording Academy not only about the legacy of my father, but the legacy of the rock genre moving forward."

A 17-foot-tall Eddie Van Halen mural was unveiled on what would have been the guitarist's 66th birthday.