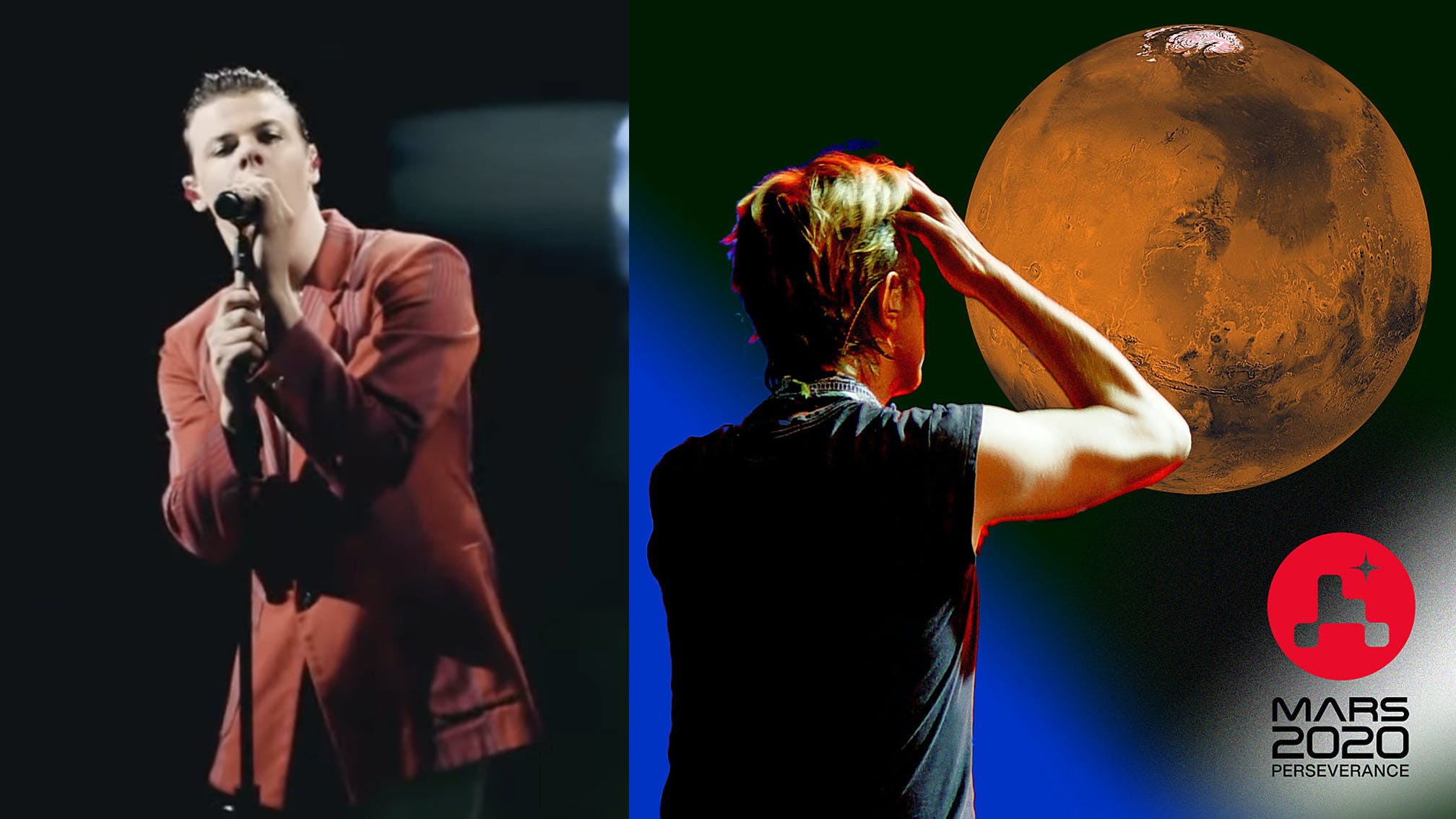 The musician's rendition of the 1971 Hunky Dory classic was used by NASA during their livestream after the Perseverance Mars Rover landed on the Red Planet following a seven-month journey through space (seriously, how mind-blowing is that?!).

"To sing the pinnacle song by an artist that truly defined my whole existence, in a search for extraterrestrial existence was one of the best moments of my entire life," says YUNGBLUD. "The punx went to Mars!"

"It was amazing working with YUNGBLUD and I’m honored that Rolling Live, Mike Garson, and Bowie Band alumni got to play a part in bringing an iconic song to mark this historic moment," adds Kerry Brown, CEO/Founder of Rolling Live Studios.

"It’s one thing when you get to be called up by an artist’s band who shaped your whole existence," YUNGBLUD also told The One Show (via Entertainment Daily!). "David will always be my biggest influence, he resonated the idea of be who you are.

"It’s another thing to be called up and told, ‘Yo, your song’s going to be played alongside a landing on another planet.'"

Trent Reznor pays tribute to David Bowie: "He helped me in those dark times before I chose to get my sh*t together"

Nine Inch Nails' Trent Reznor reflects on the lessons learned – both on a human level and as an artist – from his idol David Bowie.