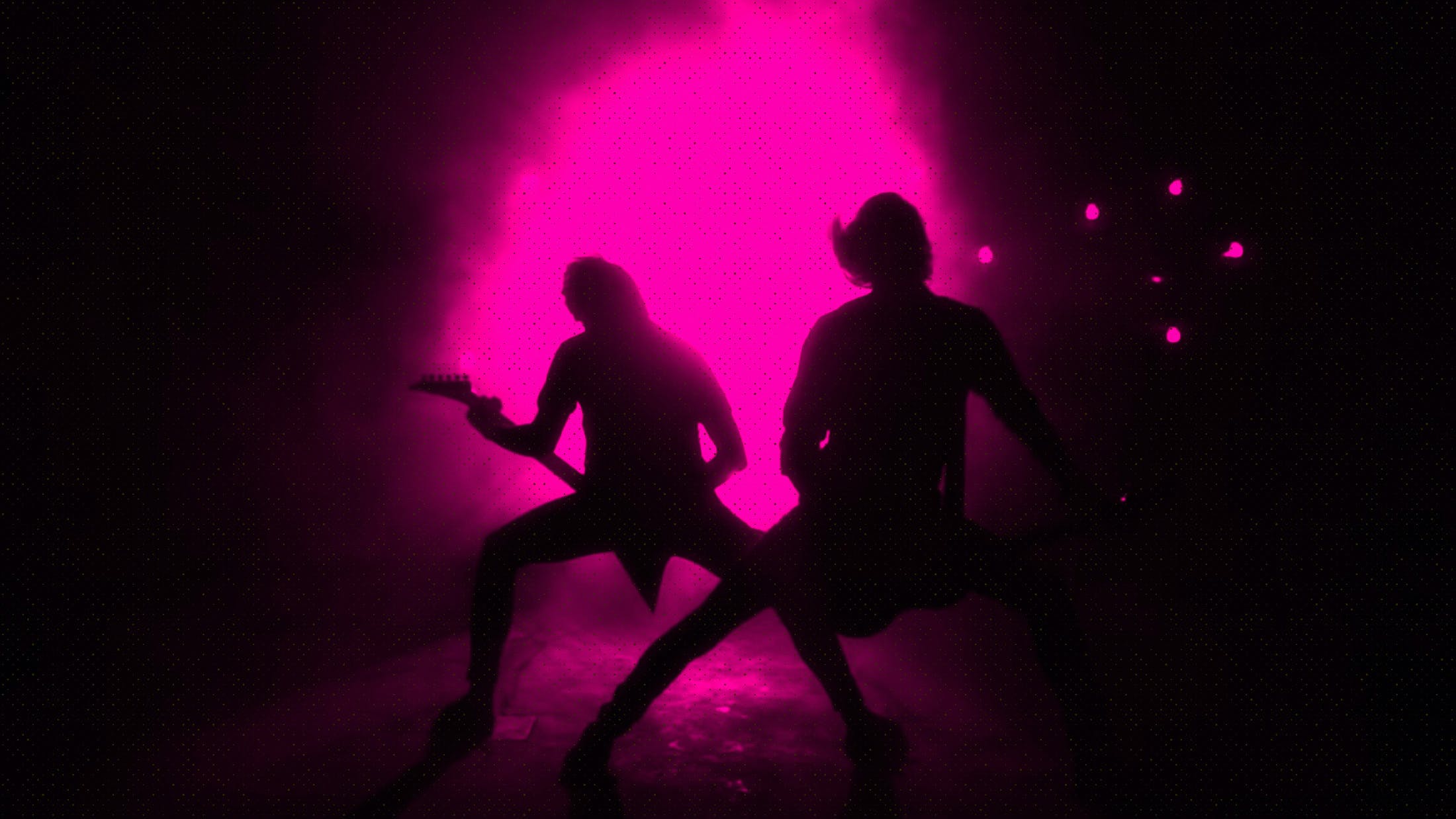 From the mid-’00s to the mid-’10s, metalcore and deathcore were looking like the future of heavy music, with bands like Asking Alexandria, Of Mice & Men, Whitechapel and The Devil Wears Prada releasing albums that peaked in the Top 10 of the Billboard 200. At the turn of the last decade, Warped Tour featured as many just as many ‘core’ bands as it did traditional punk acts, and many other metalcore and deathcore package tours began popping up. Hot Topic was stuffed with T-shirts from the rosters of Rise and Sumerian Records, while other labels began signing up these breakdown-heavy bands left and right.

The landscape has obviously changed quite a bit in the last half-decade: many of the genre’s biggest names either broke up or pivoted to completely different sounds, Warped Tour folded, and Hot Topic’s shelves are now focused on classic rock nostalgia and emo rap. The days of slurping down a Monster, strapping on an I Love Boobies wristband, and busting out your best crabcore moves are in the past – but at least we have the memories.

There are also loads of bands from that era that you might not remember. The big names will live forever in Billboard chart history (and our own playlists), but there are so many metalcore and deathcore bands whose legacies lie in broken links to defunct blogs and YouTube comments. We’ve rounded up 10 bands from that generation of headbangers who never quite made it the way others did, but who are still worth remembering. All of these acts broke up years ago, but two of them quietly announced reunions within the last few months. Read up before those 10-year tours get announced.

Have you ever tried mixing all the energy drinks together into one big cocktail? That frightening, off-colour, heart attack-inducing brew tastes like what iwrestledabearonce sounded like. The Louisiana band were a neon pâté of deathcore, grindcore, mathcore, prog and a zillion other non-metallic sub-genres and styles. Their 2009 debut It’s All Happening featured their breakout hit Tastes Like Kevin Bacon, which felt in-line with the absurdist novelty metalcore of the time (more on that later).

Until their break-up in 2015, the band were a mainstay on major metalcore/deathcore packages, but they were plagued by constant personnel changes and never really zeroed in on a specific sound. In retrospect, their zany conglomerate of genres was perhaps too ahead of its time. In the early 2010s, they were always too weird for the deathcore kids and too ‘core’ for the experimental metal snobs. A future reappraisal seems inevitable, though.

The Air I Breathe

If you were deep in the metalcore trenches of the early 2010s, then The Air I Breathe were on your radar. The New Jersey band’s first and only LP (2011’s Great Faith In Fools) had all the makings for a promising career in metalcore: technical guitar work, crisp production and strong vocals, as well as industry support. Although the market they were participating in was about to be saturated, The Air I Breathe’s mix of virtuosic deathcore shredding and meat-and-potatoes metalcore breakdowns seemed like the perfect balance to straddle those two sibling scenes. Unfortunately, they broke up suddenly in 2012 and are destined to remain a footnote in the genre's history.

Arsonists Get All The Girls

Like iwrestledabearonce, Arsonists Get All The Girls were (are? It seems like they’re plotting a return tour) another misfit meld of deathcore, grindcore, and prog. They actually came onto the scene earlier than most with 2006’s Hits From The Bow, and released albums (three on Century Media) until 2013. Like their stylised album covers, their music was an otherworldly spin on guttural deathcore and erratic grind. For instance, their 2010 standout track, Violence In Fluid Triceratops, features a gorgeously melodic keyboard passage in its middle section that’s very Between The Buried And Me. If they are reuniting then it will be interesting to hear what they sound like in the 2020s. They had chops.

Even if you were around during their two years as a band, no-one can blame you for not recalling Make Me Famous. To call them derivative isn’t even an insult; this band were seemingly designed to be mistaken for a band you already loved. Everything about their image and sound was borrowed from the leading metalcore bands of the time: Asking Alexandria, Attack Attack! and Woe, Is Me. They played a ubiquitous form of synth-infected metalcore with awkwardly shoehorned-in hard rock hooks and saccharine production. The year their album dropped, frontman Denis Stoff quit the group to start a new project called Down & Dirty, and years later he replaced Asking Alexandria frontman Danny Worsnop for a brief stint.

Whereas Make Me Famous sounded like an almost too-perfect carbon copy of their contemporaries, Forget My Silence were a hilariously botched attempt at replication. Their 2011 single This Is Only The Beginning (clever title) was practically pinned to the YouTube sidebar once the algorithm noticed that metalcore was your thing. The song itself is one of the most bizarrely beautiful relics of that era, mostly because its utterly nonsensical structure plays like a cut-and-paste montage of a day spent on MySpace. It begins with garbled deathcore growls over an endless breakdown and then clumsily cuts to a clean singing hook that’s never repeated. Instead, the four-minute track transitions to a bridge of broken English chanting over danceable synths, and culminates with a genuinely badass (yet completely misplaced) guitar solo. It took the band six more years to put out a debut album, which still included that song.

Skip The Foreplay were a Canadian band who took the term ‘trancecore’ extremely seriously. Bands like I See Stars and Attack Attack! popularised the cross of EDM and metalcore, but they weren’t singing about getting wasted and partying like Skip The Foreplay were. The band’s sole album, 2012’s Nightlife, was almost exclusively made up of club anthems that included such song titles as DJ, Shots, Dom Perignon and Hangover. Tragically, the band changed their name in 2014 and pivoted to cookie-cutter metalcore without the trancecore passages, but at least they gave us the most quintessentially 2012 cultural artefact imaginable: a one-minute dubstep interlude called Dinner With Snooki.

Structures arrived right at the onset of the djent boom and the melodic hardcore explosion, trying their hand at both before breaking up in 2014. The Canadians’ 2011 debut had rubbery grooves that were akin to what Volumes and Northlane were doing at the time, but the album was extremely technical in the way of Within The Ruins or Veil Of Maya. There was also a side to them that featured flashes of two-step riffs and gang vocal madness, which they honed in on with 2014’s Life Through A Window. Unfortunately, they never found the audience they were looking for and called it quits later that year.

If you hung out with people in Whitechapel hoodies and Job For A Cowboy tees in 2009, then you probably had a brush with Molotov Solution. The Las Vegas band were right there alongside Carnifex, Oceano and aforementioned groups during the height of deathcore, but for whatever reason they never caught on the way those others did. Their 2009 record The Harbinger was technical and tight, but plenty chuggy and decimating. However, they didn’t seem interested in the sort of bludgeoning pit-starters that earned Suicide Silence and Bring Me The Horizon such loyal fanbases. After four solid records they bowed out gracefully, and now their legacy rests in the hands of YouTube commenters who faithfully claim the band were severely underrated. Not a bad way to go out.

While many ‘core’ bands from the 2000s onward had ridiculous band names and absurd song titles, they would still write serious lyrics and not present themselves like an actual joke. That wasn’t the case for the Long Island band Dr. Acula. This group – who actually reunited late last year after breaking up in 2012 – had a schtick. Their music was a wacky breed of grindy deathcore that was fine in its own right, but memorable for the samples they would splice into their songs. The band would play through a verse, arrive at a breakdown, and just before the chugs came in they’d slap in a Terminator soundbite or a clip from a horror movie. Over the years they removed the clips and began sounding more like to Attila, but for a few years they were a reliable – if not redundant – source for a good chuckle.

Feed Her To The Sharks

For a while it seemed like Feed Her To The Sharks were poised to carry the torch for NWOAHM-style metalcore. The Australian unit played a ferocious combination of metalcore and deathcore that just hit all the right spots back when their 2010 debut, The Beauty Of Falling, was released. They had a thunderous double-kick tone, shreddy guitarists, an obsession with pounding breakdowns, and a vocalist with great range and diction. He could hit highs that called back to the bygone days of As Blood Runs Black and bellow lows that were comparable to their Aussie elders in Parkway Drive. Sadly, it took them until 2013 to follow up their promising debut, and by the time they did their sound was unchanged and came off as dated.