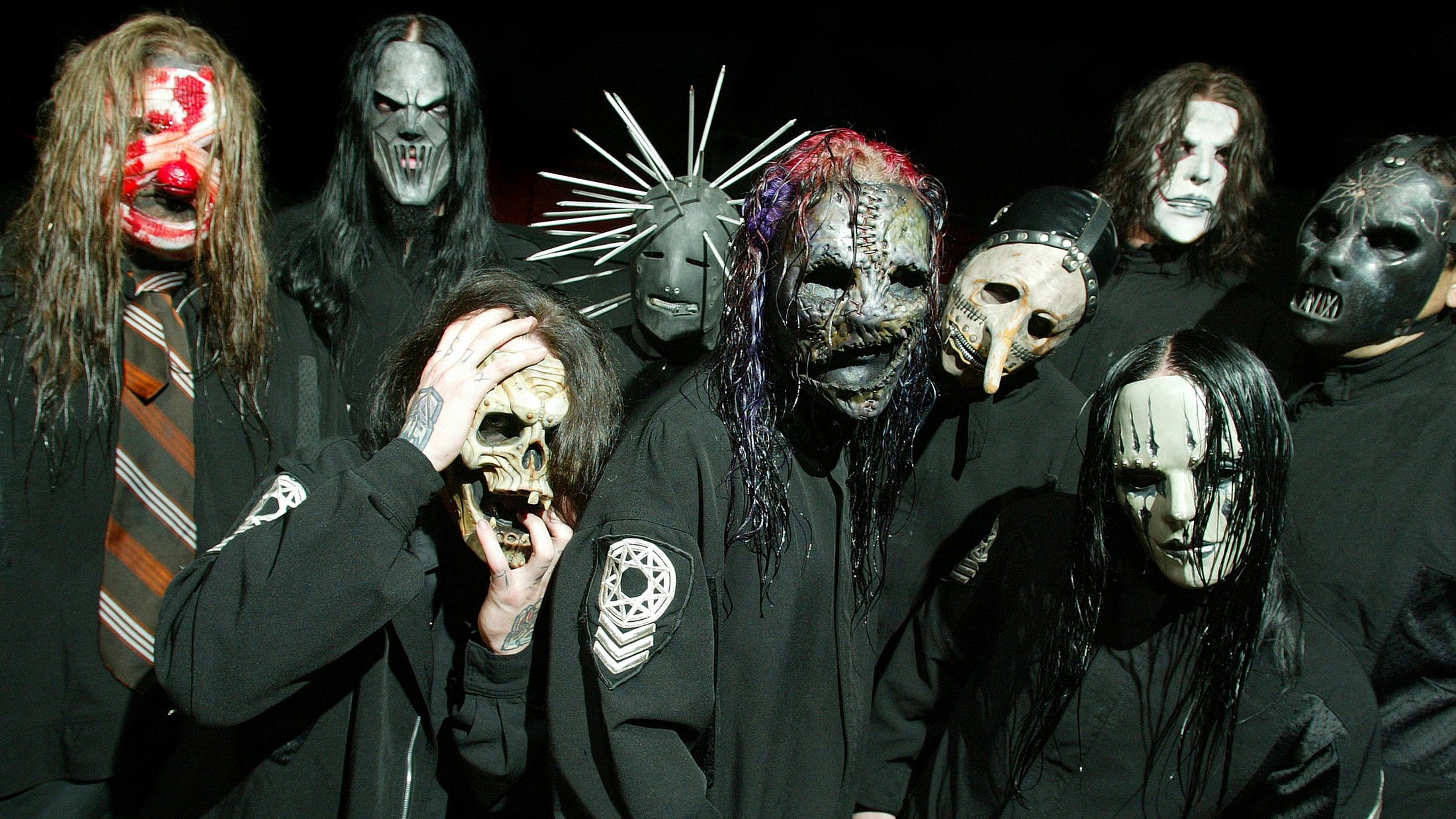 Slipknot have always been a band apart. It wasn’t just the masked aesthetic and dead crow-huffing sense of weirdness but also the musical intensity and outright refusal to compromise. Ever since they exploded into the wider public consciousness with their self-titled debut album they’ve drawn a lot of hate but a lot of devotion, too. There are celebrity fans like Margot Robbie and Manchester United keeper David de Gea and actual tribute acts – quite wonderfully, Corey Taylor responded to an ad from tribute band Of the SiC who were looking for a new vocalist.

But there are also plenty of other acts who owe a huge debt to the masked marauders. Here are 12 bands that wouldn’t be here without Slipknot…

Deafheaven are one of the most inventive and well-respected bands in the underground. They draw inspiration from a variety of sources – from black metal to post-rock and shoegaze – but a formative influence on the band’s constituent parts was Slipknot. Frontman George Clarke told Revolver that their 1999 debut self-titled album “was very formative for me that also became a gateway to more extreme, more underground metal”. Asked how they had impacted his own creative development, he added: “What excited me then that has gone on to impress me further as I get older, is how immersive their approach is. Every detail is constructed with so much intent. They're masterful at developing and maintaining their own world.”

Hardcore’s everyman aesthetic might be poles apart from Slipknot’s shock-rock visual style, but Code Orange are one of a number of leading scene lights to have professed their love for the ’Knot. They’ve toured together of course, and Corey Taylor also guested on EP The Hurt Will Go On. Jami Morgan praised the Slipknot singer for “100 per cent reflecting on his truths” in his lyrics. He told Heavy Consequence: “Some people may like that or not, but they've accomplished so much musically and artistically just by doing that. Obviously they're one of the biggest metal bands out there but they were told so many times they wouldn't make it.”

Knocked Loose are another band at the forefront of a new noise straddling hardcore and metal in a ferociously original way. From the metal side there are shades of Slayer in there, but there’s also a hint of Slipknot’s pneumatic rumble. Frontman Bryan Garris has previously spoken about his aunt introducing him to the Iowa mob as a youngster, and something clearly stuck.

Corey Taylor has previously singled out the aforementioned Knocked Loose and Code Orange as the future of heavy music. There’s certainly a line to be draw between those bands and Slipknot, but the frontman also name-checked New Jersey rappers Ho99o9, which seems more of a curveball on the surface at least. “There’s this fantastic band called Ho99o9, which is like hip-hop/metal/hardcore, they dabble in so many genres. And they’re so good,” Corey told the BBC. It seems the feeling’s mutual, as Ho99o9 sampled Tattered & Torn in their song Mega City 9, as well as citing Slipknot as an influence from the heavier side.

Sticking with Slipknot’s influence on the darker side of the hip-hop scene, New York’s City Morgue are avowed Slipknot fans and regularly cover Spit It Out live. ZillaKami has said that he listens to Slipknot every day and told Revolver, “I kind of wanted to make music very similar when I first heard their shit. I wasn't really a hip-hop fan in the beginning, that was a later progression. I was into nu-metal and hardcore. The face of nu-metal to me was Slipknot.”

You might not expect Slipknot and Christian metal to be a marriage made in, uh, heaven, but Iowa’s finest had a major impact on scene luminaries Demon Hunter. It’s there in the sound but guitarist Patrick Judge says they provided motivation in other ways, too. “Slipknot was always a beacon of hope to me. I'm from Iowa myself and seeing a group of guys that looked and sounded the way they did have big time success was incredibly motivating to me,” he told Revolver. “A state that normally breeds farmers and politicians is now home to one of the biggest metal bands in the world! They made me feel like I could make it, too.”

Many fans and critics have detected a flavour of early Slipknot’s chaos and fury in Employed To Serve’s gloriously fiery and heavy sound. That’s hardly surprising as the ’Knot were an early influence on the UK band’s members. Justine Jones has talked about her admiration for Slipknot’s work ethic and, after Employed To Serve covered Purity for a Slipknot tribute CD, guitarist Sammy Urwin declared himself a proud Maggot who was “obsessed with Slipknot” growing up.

Upon A Burning Body

Upon A Burning Body brought a large dollop of fellow Texans Pantera’s groove to their deathcore sound, but Slipknot have also been prominent in the mix and the band remain unrepentant fans. Frontman Danny Leal told Life Beyond The Music: “I bought the self-titled record right when it came out and to me, that music and what they did at the time, you could say that it changed my life as far as what I thought was heavy or aggressive music. When that album came out, it changed everything.”

Cane Hill have consistently battled against the nu-nu-metal tag brandished their way, but those Slipknot and Korn comparisons didn’t make themselves. “It’s not a diss at Slipknot, they’re fucking amazing musicians that have done wild things,” frontman Elijah Witt told Cryptic Rock, adding that bassist Ryan Henriquez was the band’s nu-metal buff. For his part, Ryan has said that late Slipknot bassist Paul Gray was the musician who made him want to play fast, aggressive music so we can probably agree that while Cane Hill might exist without Slipknot, they’d sound substantially different and be looking for a bassist.

Hollywood Undead spent a lot of time trying to distance themselves from Slipknot when they first emerged, but it’s difficult to see how even a rap-rock group with nu-metal overtones could not be influenced by the mighty ’Knot. They would later work with Shawn ‘Clown’ Crahan on the video for We Are and hail him as a “creative force”.

Carnifex are more forthright in owning their Slipknot worship, despite the fact that their blackened deathcore noise is arguably further in style and sound. They’ve covered The Heretic Anthem both live and on record, and drummer Shawn Cameron has listed Slipknot as one of his main influences.

Vein are another band from the hardcore end of the spectrum whose metal influences bleed through, whether consciously or otherwise. Frontman Anthony DiDio told Decibel, “We didn’t listen to nu-metal bands and say, ‘Let’s try and sound like this.’ We tend to not do that when we write music in general, so things came out that way and if people want to call it Slipknot or they want to call it this, that’s just their way of trying to understand it. I can’t be mad or excited about that, you know?” Take a single listen to Errorzone, though, and try arguing there are no subliminal verses – or at least riffs and clattering rhythms circa Slipknot’s ’99 debut – showing on the likes of Virus://Vibrance and Rebirth Protocol.