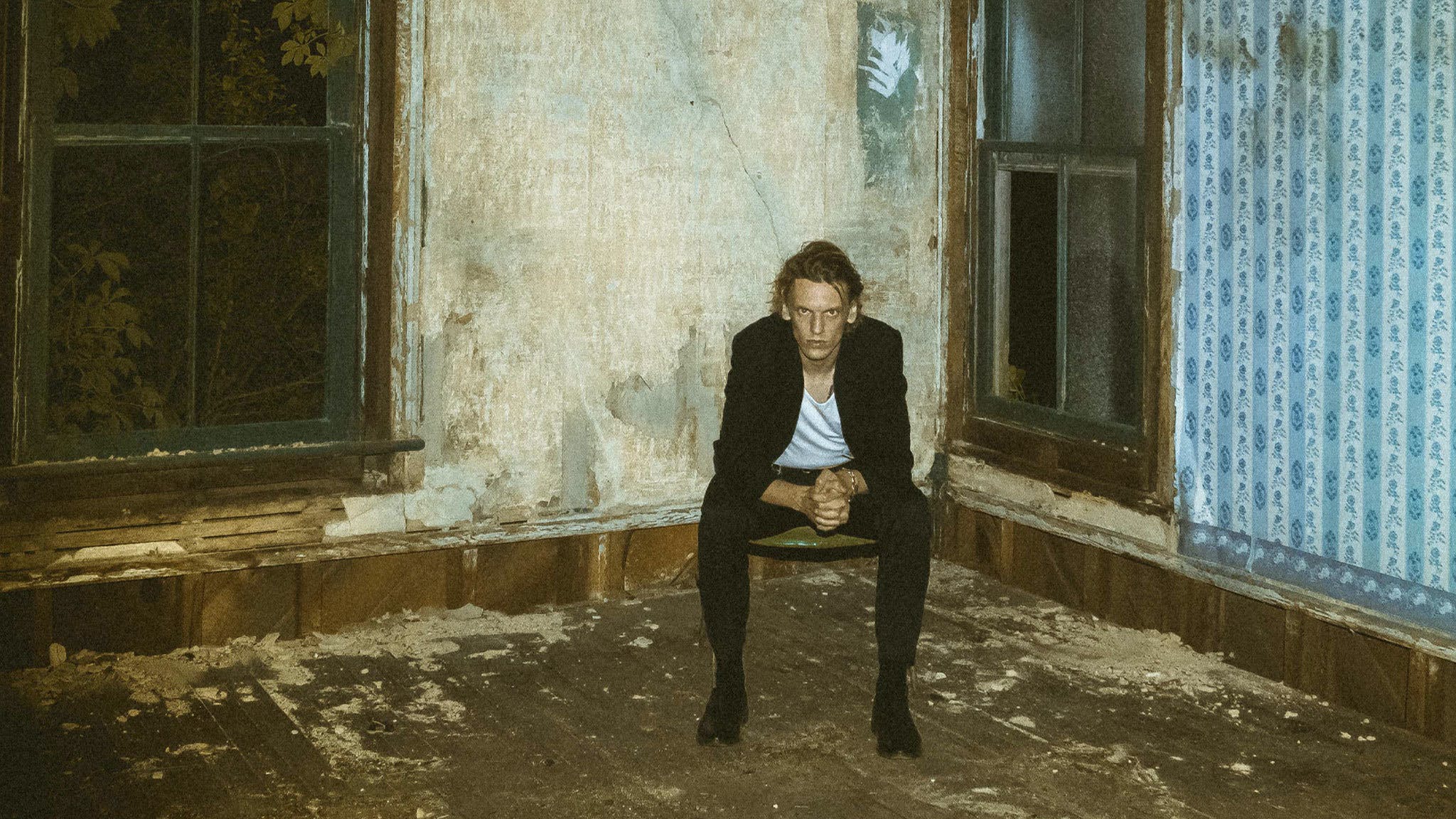 Since the separation of punk rockers Counterfeit, musician and acting superstar Jamie Campbell Bower has been spending his time in this little-known show called Stranger Things. And, while bringing to life the antagonist Vecna in Season 4, excitingly he’s also been knuckling down and preparing his new musical endeavours. He’s already released two new singles in the form of Run On and Devil In Me, and with new music on the way and Vol. 2 of Stranger Things landing, the rocker tells us all about keeping his role in the show a secret, what it’s like working at a paintball centre, and the most famous faces in his phonebook…

1Why should people watch the next instalment of Stranger Things 4, and why should they listen to your new solo music?

On Stranger Things: “People should watch Vol. 2 because if you are a fan of the show, what you will see in this next volume is something that you’ve never seen before from Stranger Things: the world and the universe keeps on expanding. It becomes more explosive, more terrifying. There’s more character development, you get to understand a lot more, and a lot of questions will be answered in this in this second part.”

On music: “For me, this is a new chapter of my artistic exploration. Being sort of on my own now has allowed me to go and be more free in the creative process. I can now kind of go, ‘Well, we can do whatever we want,’ and then we’ll just make that work in a live setting. It's taking all the things that I loved in Counterfeit – a lot of the rock elements – and blending it with things that perhaps weren’t suitable for Counterfeit. But mainly this is an opportunity for me to kind of just be more expressive.”

2If you were in Slipknot, what would your mask be?

“I’d make my own mask; I wouldn’t take anyone else's! I think it would be parts of my face, like, melting where my eyes are, slowly but surely coming down. I'd add more physical elements to the mask, too – make-up and stuff. I’d make sure there was enough blood on the mask at the beginning so that it’s all coming down. And maybe what I would do is as the face is melting underneath it has a bit of skull coming through.”

3When you were a kid, what did you want to be when you grew up?

"I was always the kid putting on little performances for my mum and dad growing up. I used to make them sit – and obviously it was the ’90s – and I would sing them fucking Three Lions [otherwise known as It’s Coming Home by the Lightning Seeds]! I always wanted to perform but then I remember when I was about 12 I also loved nature and I love being outside and I love the ocean. And there was a period of time where I wanted to be a marine biologist, and sort of help save the planet. It's still something I'm deeply passionate about.”

4What happens when we die?

“I think this is a sort of like a twofold answer. One is that during our time on this earth, whatever we have given out, and our impact on others, is our legacy. And then on a more post-death question, my thinking at the moment is that we’re all made of vibrating particles, and when our physical body leaves, we give that vibration out to the world.”

5What is the funniest rumour you’ve heard about yourself?

"When I first started working, I was living in a house with a lot of friends. And they used to go on the old IMDB forums section. One of the things that was on there was that I was born with webbed feet. It’s not true, but it went out. I wasn't born with webbed feet – all my toes are separate!”

6If you had the power to turn the internet off, would you do it?

“Yes! I know I can be so consumed by the internet in general. I might just go on the internet and look at the news or whatever. But growing up we didn't get that; if we were bored, we went and played outside. I was a huge fan of cardboard boxes growing up, so I used to make so many fucking forts to the point where my mum would get really upset with me because she’d ask me what I'd like for Christmas, and I’d just be like, ‘A cardboard box!’”

7What is the last lie you told?

“Having to keep my mouth shut about Stranger Things! It was heavy burden – a heavy cross to bear. I try to live as honestly as possible – it just makes life a lot easier.”

8What is your worst habit?

“I am the worst person for, like, finishing a snack. If it’s a box of biscuits or even just milk, I’ll finish it off to the point where there’s not much left of it, and then I’ll just put it back in the fridge. And everyone gets really annoyed with me – particularly my partner. She’s like, ‘What the fuck?!’ and I’m like, ‘What’s left might be able to make a tiny cake!’”

9What is the most disgusting thing you’ve ever eaten?

“Looking back, and where I am now in terms of what I believe and how I choose to live, I think the idea of eating another animal’s bone marrow is really odd. And then brains – like sweetbread – is always weird as well. Yeah… I just don’t eat that stuff anymore…”

10Have you ever seen a ghost?

“I’ve never visibly seen an apparition. I've had many ghostly encounters – particularly working on music in the studio that I was at. I went to bed and then at 3am I woke up and there was something running down the hall past my door. The next morning, I was in the kitchen just making a coffee and George [sound engineer] came in and I was like, ‘Hey man, you guys finish late last night? Did you walk down the hall?’ And he was like, ‘No… so you heard her?’ There was this ghost of a boy and a girl, and she often will run down the hallway and throw books off the bookshelf.”

11Who is the most famous person in your phonebook?

“It’s full of all famous people (laughs). No, I’m joking! Having worked on Stranger Things I've become quite close with quite a lot of the cast members. I mean, yeah, probably someone from the show, given the fact that it is the most watched English-language show in the world. So yeah, take your pick…”

12What is the worst job you’ve ever had?

“I worked at a paintball place near where I grew up and my hair was longer than it is now – it was past my shoulders, and I was way skinnier. And I remember once we had a bunch of guys come in, and I was a marshal, and there was a guy walking around without his mask on, which is obviously dangerous, because if you get shot in the fucking eye, you’re going to go blind. So I was like, ‘Put your back mask on.’ And he turned around to me and went: ‘Why don’t you fucking cut your hair?’”

13If your house was on fire, what one thing would you save?

“Well, obviously, my partner. However – and this is a bit of an overshare – I was given a teddy bear when I was born and I’ve still got it; it's lovely and he’s really sweet. But in terms of everything else, I think I just be kind of happy to let it to let it burn. I came into this world with nothing. I'd be happy to leave with nothing to at all.”

Stranger Things 4 Vol. 2 is out now on Netflix. Stay tuned for more news on Jamie’s music.