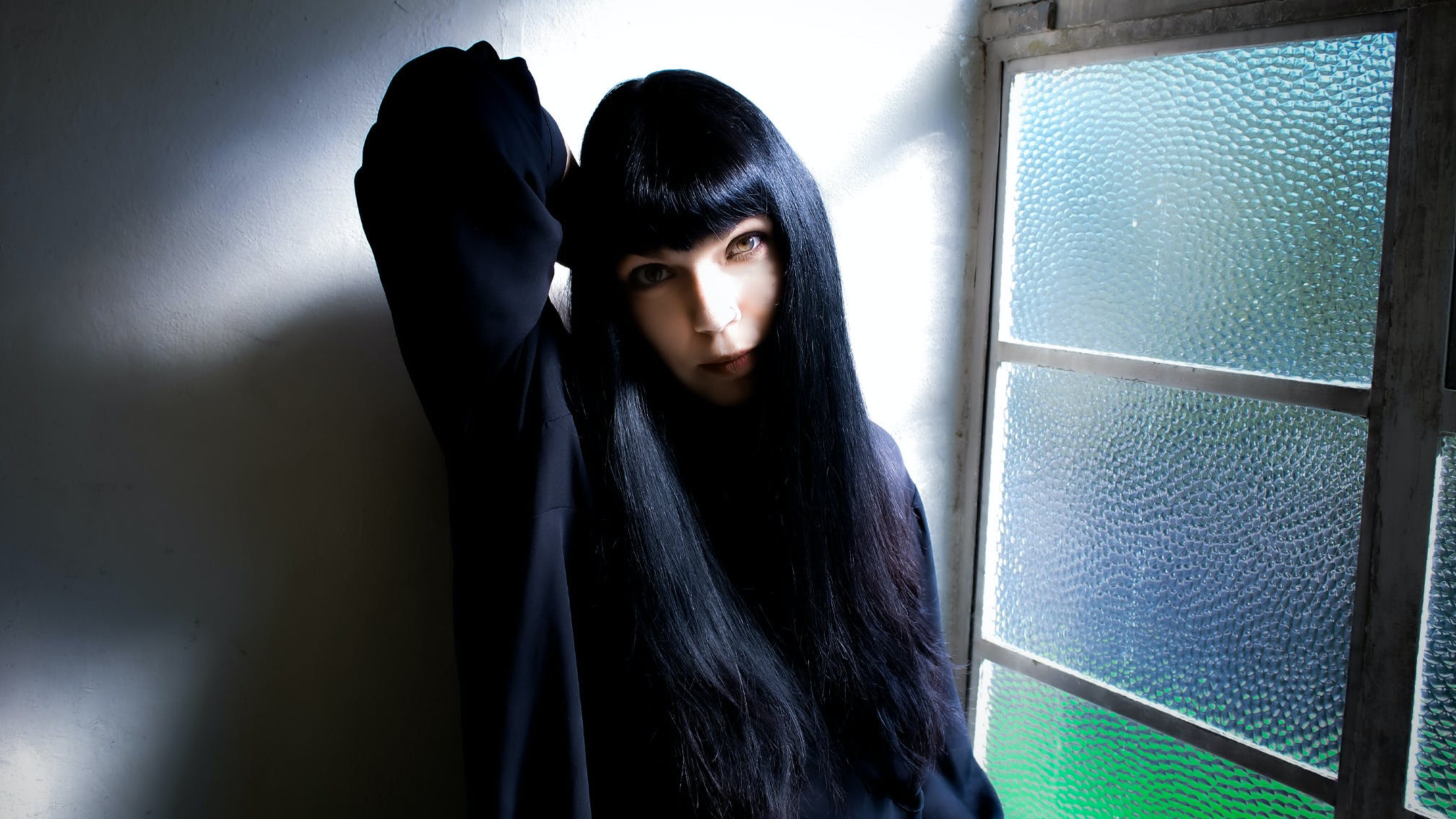 Things often happen by chance for A.A. Williams. It’s why today she’s talking about a new album, rather than touring. An album that, 12 months ago, wasn't even an idea. At the start of lockdown last year, she’d just minted one of the year’s finest records in her stunning Forever Blue debut, an album of fragile darkness and classy noir that underscored the London singer-songwriter’s growing reputation as one of the country’s finest new artists. But as things quickly went south for anything but staying in, an unexpected new thread came along. What started as a by-request covers idea became A Thing, and A Thing became her exceptional new record, Songs From Isolation.

“I am the kind of person who, when faced with uncertainty – or maybe not the best kind of mental state – will go straight towards working on a project like this,” she says. “Work through it and figure it out at the other end. Songs From Isolation started just as a little message to fans on my Instagram saying, ‘Hey, I'm gonna do a couple of piano videos, anybody fancy suggesting a song?’”

And suggest they did. They suggested songs by Radiohead, by The Cure, by the Pixies. And some of what she thought might be weird and left-field – Deftones and Nine Inch Nails – actually took on a new dimension. And what A.A. Williams soon realised was that, not only was this a fun way to pass a bit of time and keep busy as the world powered right down (“It’s quite a boring apocalypse, isn’t it?”), but that some of these interpretations were simply far too good to let go. Billy Corgan even shared her cover of Smashing Pumpkins’ Porcelina Of The Vast Oceans. “That's going in my little black book of achievements!” she smiles.

But it wasn’t meant to happen. It just happened. This is actually quite poetic for A.A. Williams – Alex – because it was only by similar chance that she picked up a guitar at all. Literally. Her first one was a find that someone a few doors down had thrown out, and she just happened to spot. Having never played the instrument before, she helped herself, and with the help of a guitar tech friend, salvaged it.

“I always wanted to have a go, but I’d never really given myself the opportunity,” she remembers. “I thought, ‘Well, here we go, might as well.’ A friend came to my house and just ripped this guitar apart on the kitchen table to try and ascertain what was wrong with it. We went and bought a whole bunch of spare parts, and he built me a guitar in my kitchen. Then I had a guitar and I didn't really know what to do with it, so I thought I'd try and write a few songs as a way of teaching myself the instrument.”

Before all this, Alex had been playing music since she was a child. Having started learning piano and playing around on her father’s old electric organ when she was six, music quickly became a feature of life. Later, in school, she picked up the cello.

“It was something I really enjoyed,” she says. “I didn't find it particularly hard, which I suppose when you're a kid is quite useful because it makes you stick with it and it doesn't feel like a chore. Gradually I realised I was focusing a lot more on music than I was on any other subject at school. Music was always just ‘the thing’.”

As a kid, Alex was “at the mercy of my parents’ record collection”, which consisted of “The Beatles, Led Zep, some Monty Python records”. When she began making her own discoveries as a teenager, she was quickly drawn to bands like Deftones, Rammstein and Nine Inch Nails. Often, the idea of the music was just as exciting as the music itself.

“It was so overwhelming to discover all of this stuff existed, let alone this many artists,” she says. “You discover one, and then you're in the heavy section of the record store, and you’re looking at everything going, ‘Oh, that's a cool cover, I'm gonna buy that because it looks awesome.’ It's really exciting when you're 14, 15, 16 years old, and you're discovering all this cool stuff. And then you start going to see gigs, and you start to watch the support act, and it just kind of snowballs.”

As a musician, though, there wasn’t really much crossover between this and the classical world she inhabited as a member of her orchestra. One was what she played, one was what she listened to.

“Classical music was really where it was at for me,” she says. “I mean, I enjoyed a lot. I enjoyed listening to popular music and heavy music, but I didn't really play it. I was a classical cellist, so I just thought that I would be an orchestral player. And only when I found this guitar I did think to myself, ‘Hey, maybe I've got an opportunity here to try and do something in that world.’”

Really, there was no plan, save for playing around and seeing what happened. Working away in her living room, though, things did begin to take shape. Helped in no small part by her classical training for understanding what to do (“I thought, ‘This is a stringed instrument, cello’s a stringed instrument – how hard can it be?’”), songs formed. Not only that, but a musical personality as well – one she describes as “dark, without a lot of bells and whistles, with a lot of space in it”.

It was into this vessel that Alex put her human voice, and with it, elements of herself. As fitting Forever Blue’s title and minor-key vibe, there’s a lot of looking inward and trying to understand the things within, when they don’t always feel like they’re really part of you.

“Forever Blue is quite self-exploratory, in a way,” she says. “Having various mental health situations over my entire adult life, it’s pretty much me trying to understand it, and to look it in the eye and figure out what the hell is going on sometimes. It’s trying to understand how I and it relate to each other. Sometimes you look at your own mental state, and you kind of think, ‘Who is this person? We're not the same.’”

Not having written lyrics before, the opportunity to articulate such things artistically proved a useful one. “It's like therapy,” she says. “It's brilliant. I’d say it's a very good idea for people [to do], even if they never show it to anybody in the world, writing those thoughts down is a godsend, because it really helps you crystallise how you feel about something.

“Living through what we are at the moment, I think it's very easy for people to feel really stressed out and worried and upset," she continues. "And it's hard to pinpoint why. And I think sometimes that not knowing why is almost as bad as the stress and the worry. It doesn't have to turn into a song, it could just be on a personal note that you've been, but trying to really figure it out makes a huge difference, because then at least you can understand it. It's kind of a mental health equivalent of the to-do list. It’s asking, ‘How are we today?’”

On the day we speak, the answer to that question is “a bit bored, and it’s all still a bit strange because I’ve never spent this amount of time at home.” But then, things could be worse. And anyway, “We're all fucked, nobody’s enjoying this, nobody’s getting to go out, so it's not like I'm being left out of touring.” And just as music helped Alex have something to focus on during the past year, the prospect of something to look forward to when the curtain finally lifts and gigs are back is helping now.

Songs From Isolation is out now via Bella Union.