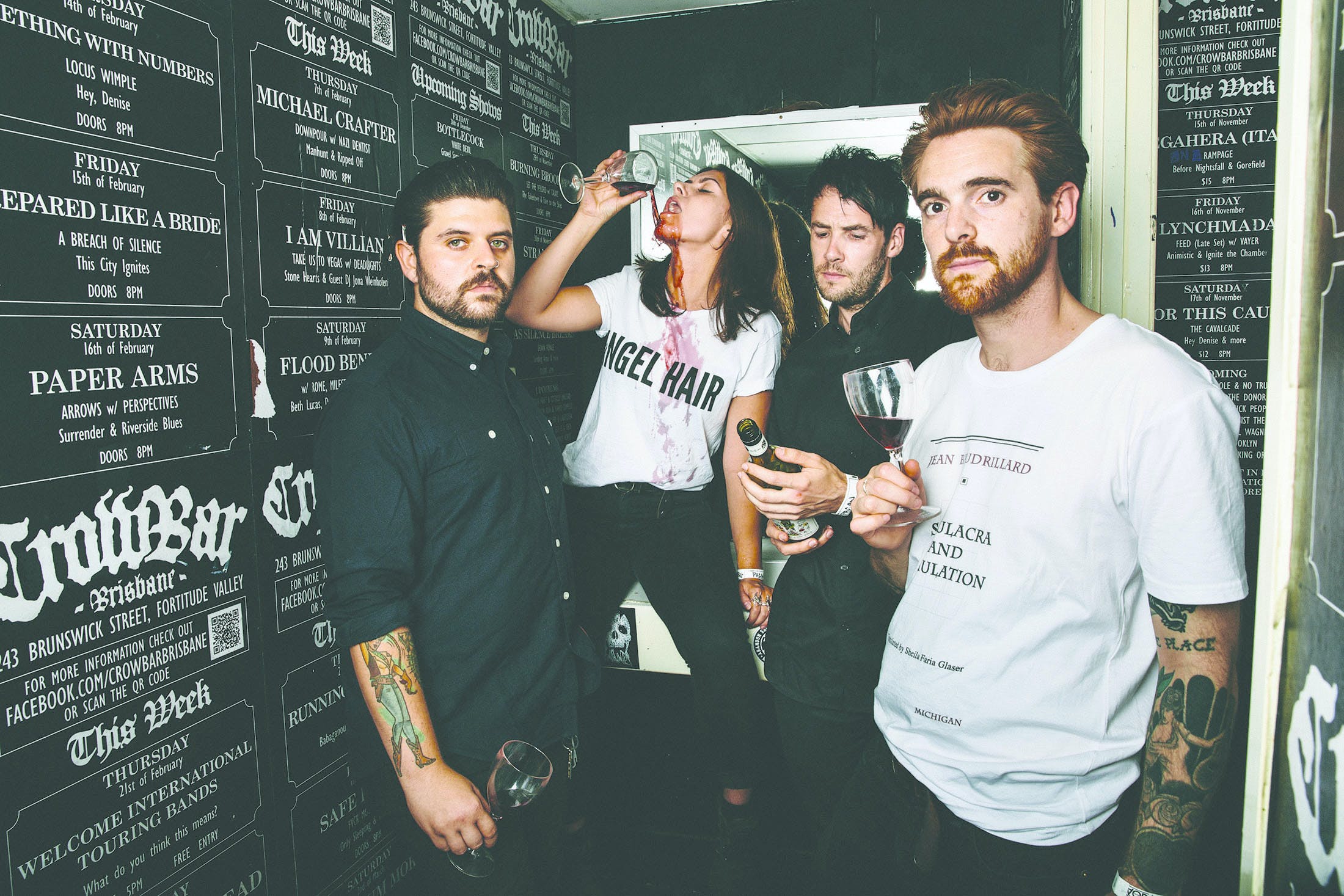 Aussie quartet Pagan are a slightly bewildering proposition. The Melbourne natives fall somewhere between disco, punk and black metal, but what exactly does that mean? Think Marmozets’ manic energy combined with the more extreme stylings of Møl and Employed To Serve, and you’re close to getting it. Sort of.

Black Wash is a quite extraordinary statement. The eerie intro/outro numbers Il Malocchio Si Apre and Il Malocchio Si Chiude bookend 30 minutes of thrillingly experimental, yet always coherent, heaviness that’s a joy to behold. The most obviously brilliant of the 11 tracks here is lead single Death Before Disco, a song which lyrically finds vocalist Nikki Brumen taking a gaslighting ex to task. Her words hit hard, and they’re matched by a My Chemical Romance-ish musical backdrop, with the band’s emo-punk verve interspersed with bursts of black metal fury.

It’s this collision of extreme and accessible sounds that makes Black Wash such a consistently fun listen. Silver’s catchy riffing, Blood Moon’s rumbling stomp and Imitate Me’s apocalyptic frenzy all hit you over the head with moments of devastating heaviness before luring you back in with the sheer groove of the band’s more melodic moments. Meanwhile, Year Of The Dog would be better titled Year Of The Disco, such is the band’s aptitude for punky anthems to make you want to dance your arse off.

This year has already seen the likes of Dream State’s CJ Gilpin, Palaye Royale’s Remington Leith and Svalbard’s Serena Cherry emerge as flagbearers of rock’s new-wave, and now Pagan’s singer joins their ranks. Her vocals here are a riotous display of untameable talent that undoubtedly marks her down as a future star in the making.

When K! interviewed Pagan a few weeks back, Nikki spoke of a desire to see her music empower fans to be true to themselves and not stray from the path they want to follow in life. “You should be authentic to who you are and embrace it,” she told us. Well, Black Wash has backed up those words by announcing Pagan as one of the most original and genre-bending new bands to recently emerge.

Despite her music’s strength, there remains an affecting aura of vulnerability to Nikki’s performance as the album draws to a close, when she screams, ‘Someone save me’, in the record’s final moments. It’s a moving moment, but she doesn’t need saving. Her and her bandmates’ debut album is one of the year’s most triumphant and exciting releases, and they’ll put a spell on you before you know it.

Black Wash is out now on Hassle Records. Check it out in full on the stream below.

After seven years, Pagan will play their final show next month

Pagan bring the death disco to The K! Pit