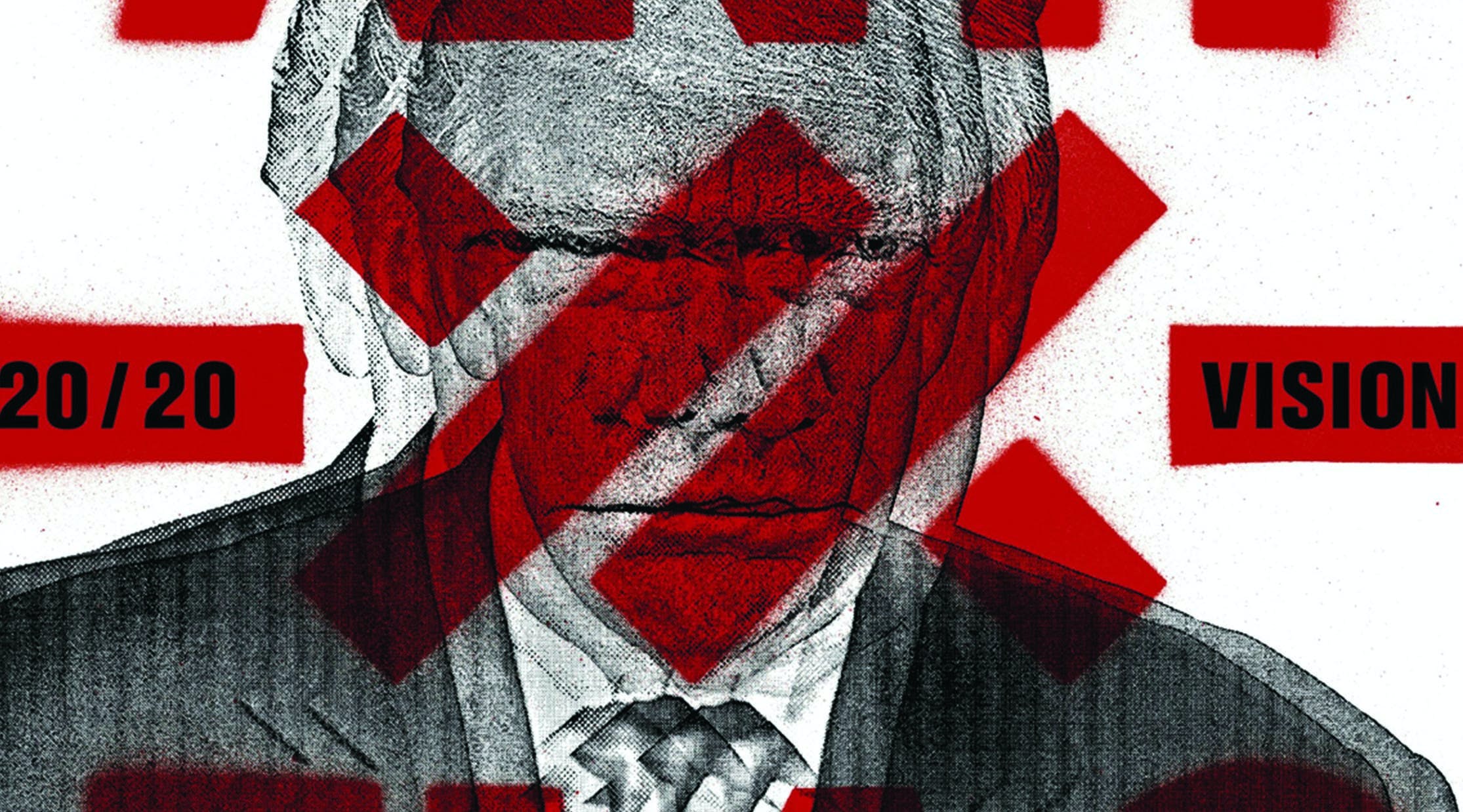 Despite Anti-Flag’s 20-plus years of protest songs, the world has rarely felt more in need of the Pennsylvania punks’ frothing takedowns of corrupt powers and social injustice. Recognising this, the quartet have broken their own rule with 12th album 20/20 Vision. “We have actively chosen to not attack presidents directly [in the past], either with album art or songs about certain times in history, because we recognise that the issues we’re dealing with are cyclical,” stated bassist and vocalist Chris #2 upon the record’s announcement. But this time, a morphed, four-eyed image of Donald Trump makes up the album’s artwork, and it’s an early indication of the blunt attitude that follows.

It’s actually Trump who utters the first words you hear, as a sample of his infamous speech encouraging the brutalising of protestors begins to play against doomy guitars, opening inaugural track Hate Conquers All. From here, the song bursts open like a blister, as a hot-headed tirade from dual vocalists Justin Sane and Chris #2 condemns the manipulation and hate they see dividing their home country.

What follows is a particularly American crusade, as the band target the political and social sicknesses they’re witnessing on home turf. Christian Nationalist stomps a boot on the rise of neo-Nazism and those that quietly enable racism, sexism and homophobia, while sounding like White Crosses-era Against Me!. Elsewhere, Un-American uses a country-flecked canvas to chart the downfall of the American Dream against the uptick of corporate greed, while the horn-filled Resistance Frequencies references the shameful practice of splitting up immigrant families at the Mexican frontier – ‘There’s a concentration camp being built along your border.’

It’s heavy matter. But what saves 20/20 Vision’s bleak, pissed-off themes from a mulchy depression is an unbeatable wave of optimism. It’s this feel-good, rallying camaraderie that keeps these songs listenable. Don’t Let The Bastards Get You Down, for example, radiates with a whisky-warm energy in the face of constant fearmongering, seen again when Unbreakable promises that, ‘What doesn’t kill us now will lead us back from Hell.’ It’s an upbeat outlook that has always been integral to Anti-Flag’s positive protest, and it’s why – particularly given this modern feeling of uncertainty – their music still feels as relevant and important as ever.

Anti-Flag: “Music and art can change people, and those people can change the f*cking world”

As Anti-Flag prepare to unleash their 13th album Lies They Tell Our Children, bassist Chris #2 Barker reflects on its inspirations – and how the political punks are still striving to make the world a better place…

Here are some of the many, many bands for whom Rage Against The Machine blazed a trail…

How We Wrote This Is The End (For You My Friend), By Anti-Flag's Justin Sane