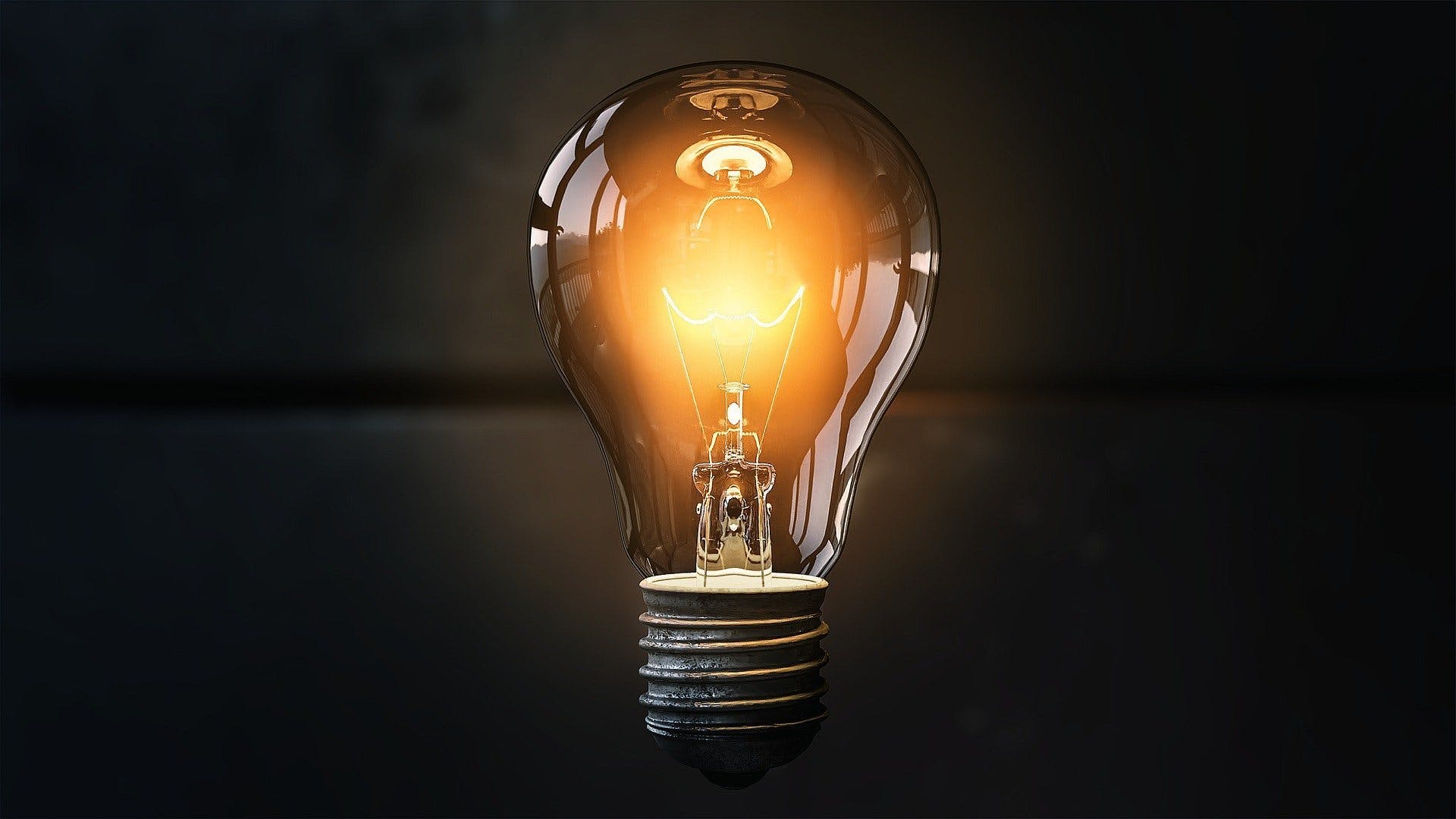 It is often music – particularly political punk, rock and hip-hop – that delivers the cutting edge with which integral socio-political issues hack their way into the broader public consciousness in the first place. Here, we revisit 20 albums after which nothing could ever be the same…

Released mere months before 1992’s Los Angeles riots, the incendiary debut from rap-rock renegades Rage Against The Machine was pivotal in bringing together the proud political traditions of hip-hop and punk rock. Although its spotlight on issues as varied as FBI counter-intelligence operations against civil rights leaders and collusion between white-nationalists and law-enforcement are individually valuable, there was far greater value in its return of uncompromising protest music to the upper echelons of the mainstream.

Although the outsider credentials of Washington D.C.’s hardcore punk scene were hardly ever in doubt, its diversity was not a strength. The arrival of Bad Brains permanently changed the narrative, as the members of jazz fusion outfit Mind Power incorporated elements of black culture - hip-hop, soul, Rastafari philosophy – for a reinvigorated twist. Their 1983 sophomore LP Rock For Light was a breakthrough moment, with tracks like Rally ‘Round Jah Throne, Riot Squad and Banned In D.C. adding their particular perspective to pressing issues.

In the years prior to 2004, pop-punk had become the butt of a joke: a sophomoric little brother to the true punk trailblazers who might’ve been enjoying platinum-selling success, but would never quite graduate past the skate shoes, fart jokes and teenage angst with which it was so obviously obsessed. American Idiot changed that, painting President George W. Bush as post-9/11 America’s pantomime villain and launching legions of dormant teenagers into a whole different mindset.

Originating in Olympia, Washington, all-female hardcore quartet Bikini Kill did for gender-diversity in this most macho of genres what Bad Brains had done for racial diversity all those years before: delivering a ferocious brand of feminism, encouraging a female-oriented environment at shows, publishing a fanzine to highlight their cause and enduring no small amount of male heckling for it. With songs as unavoidably powerful as Tell Me So and Sugar, 1993’s third LP Pussy Whipped took the riot grrrl message to the masses.

Building on the example set by their hometown sisters in Bikini Kill, Olympia’s Sleater-Kinney gave riot grrrl attitude an indie-rock crossover appeal. Conceived as a "voice in the silence" following the 9/11 attacks, their sixth LP One Beat contains their most polemical compositions. Tracks like Far Away and Combat Rock were some of the first mainstream rock tracks to call-out George W. Bush, while others like Hollywood Ending reinforced their feminist opposition to other problems of the time, including the unrealistic female body image popularised by celebrity culture.

By the mid-1980s there was a proud tradition of protest in British rock music, from the hippy sensibilities of folk rock, through gob-flecked punk to the darker, more abstract sensibilities of bands like Killing Joke. Even hardcore punks like Crass had only hinted at the radical mindset and sheer power that shapeshifting Midlands collective Napalm Death would unleash with grindcore masterpiece Scum. From Multinational Corporations to Human Garbage, almost all of its 28 tracks still cut right to the bone today.

It seems staggering that even now – still within living memory of the atrocities of the mid-20th century – that the righteousness of anti-fascist action is up for debate. With Donald Trump once labelling Antifa a “terrorist” organisation, however, it is clear that control of the narrative needs fighting for. English collective Dawn Ray’d do so with individual power, using folk influence and black metal (elements too often hijacked by less righteous minds) to call to account a world on the brink across tracks as powerful as A Time For Courage At The Borderlines on this superb latest offering.

Likely the most plainly political outfit in rock’s current big leagues, Chicagoan punks Rise Against have a proud tradition of protest anthems. Although 2006’s The Sufferer & The Witness might’ve garnered greater mainstream exposure, their major label debut Siren Song Of The Counter Culture was arguably the more important release: introducing their infectious blend of sociopolitical commentary to a vast new audience, while also layering on some potent introspection that highlights not only how we should lead our lives, but why.

Gainesville anarcho-punks Against Me! were a pivotal voice in political punk long before singer Laura Jane Grace came out as transgender in 2012, but no record has been more integral in starting and steering a conversation than 2014’s Transgender Dysphoria Blues. Charting Laura’s gender dysphoria as well as the personal and public struggles of her transition, it has proven pivotal in opening up conversations for individuals also struggling, and in reaffirming their place in the open and welcoming modern rock family.

If Black Sabbath’s self-titled debut changed the game by, er, effectively inventing heavy metal, their second LP – following a mere seven months later – was the one that really changed how listeners think. Moving on from the spooky sounds and horror movie aesthetic of that first record, these songs were loaded with far more meaning, from War Pigs’ indictment of the systemically corrupt military-industrial complex in full flow during the Vietnam War to lead single Paranoid’s grappling with the challenges of depression.

When Svalbard's It’s Hard To Have Hope dropped in 2018, not only was it one of the most captivatingly creative metal albums in recent memory, but also one of the most righteously angry. Focusing on the whole spectrum of contemporary issues – from women’s rights and animal cruelty to the inherent corruption of a system that simultaneously belittles and holds down a whole generation of Millennials – individual themes were less important than its re-injection of reality to a genre that seemed to be drifting, exclusively, towards the pantomime luridity of masculine bombast and Satanic fantasy. A shout-out to Employed To Serve’s The Warmth Of A Dying sun here, for the same reasons.

When they started out in La Prairie, Manitoba in 1986, Propagandhi were more taken with old school anarchic energy (and skateboarding) than any kind of progressive political message. Less Talk, More Rock changed that. Vociferously espousing the benefits of everything from anti-capitalism to veganism on pointedly titled tracks like Apparently, I’m a ‘P.C. Fascist’ (Because I Care About Both Human And Non-Human Animals) and The Only Good Fascist Is A Very Dead Fascist, they provocatively raised the bar for political punk in the late 20th Century’s period of self-satisfied apathy.

Although equally-important second album It Takes A Nation Of Millions To Hold Us Back rocket-boosted Public Enemy’s meteoric ascent and placed their status-quo-challenging lyrics squarely under public scrutiny, the Long Island crew refused to fold under the heat, instead channelling it into one of the fiercest and most fearless records in hip-hop history. There was absolutely no give in the social commentary of tracks like 911 Is A Joke and Anti-N*gger Machine, which continue to influence acts as diverse as Linkin Park and FEVER 333, and – unfortunately – still ring painfully true today.

Public Enemy’s edgier, West Coat counterparts N.W.A. delivered a dirtier, more intimate snapshot of life on the streets of Los Angeles county’s City Of Compton. Depicting the day-to-day cycle of violence and persecution, they meet it not with self-pity or empty indignation, but a burning fire and the simmering threat to take an eye for an eye. Not just a call-to-arms for America’s oppressed, this was a reality check for sleepy suburbanites unaware of what was really happening on the wrong side of the tracks.

Pittsburgh, Pennsylvania’s Anti-Flag are not a band that ideologically fuck around. Even by their lofty standards, though, 2003’s The Terror State felt like an invigorating slap in the face for anyone with a just bone in their body. A first full-length release since 9/11 produced by legendary Rage Against The Machine guitarist (and political scholar) Tom Morello, it is a record writhing with revolutionary purpose. Tracks like You Can Kill The Protestor, But You Can’t Kill The Protest and Power To The Peaceful still feel breathlessly vital.

Although Frank Turner’s personal slant on punk politics – describing himself as a “classical liberal” – have raised plenty of eyebrows in the safety pin militia, his humanist beliefs have provided a particular salve in the face of the divisive, populist politics of recent times. Be More Kind is his most convincing statement, with songs like the soothing title-track, 1931 and Make America Great Again highlighting a decay that transcends any traditional left/right divide while begging that we ‘make compassion in fashion again’ and come back together from the brink.

‘I’m a person just like you,’ sang Ian MacKaye, with undiluted focus on the 46 urgent seconds of Straight Edge, ‘but I’ve got better things to do than sit around and fuck my head, hang out with the living dead.’ For so long, punk-rock (along with virtually every other guitar-centric subgenre) was perceived as being about getting fucked-up and having a good time. The D.C. punks spearheaded an anti-inebriation movement that would unlock the wasted pinpoint potential of so many in the scene.

Founded on the ideal of the “Three Cs” – community, charity, change – Jason Aalon Butler’s post-letlive. project was built from the ground up as a political rap-rock machine, custom-tooled to address everyday modern injustices and activate a rock fanbase who had been sleepily sitting back for too long. From the incendiary aggravation of BURN IT and INGLEWOOD/3’s hometown lament to the upbeat plea for resolution in COUP D’ÉTALK, STRENGTH IN NUMB333RS hit a bullseye.

The album that sat atop the American Top 10 when the Twin Towers fell, System Of A Down’s second LP was a timely reminder that heavy music – at its most accessible – was the perfect vehicle for challenge to the sociopolitical status quo. Taking in themes as varied and unusual as group sex, addiction and traditional Armenian culture, not every moment here feels immediately relevant. But when they do crank the focus on matters like police brutality (Deer Dance), environmental ruin (ATWA) or the prison industrial complex (Prison Song), it is with unmatched impact and infectiousness.