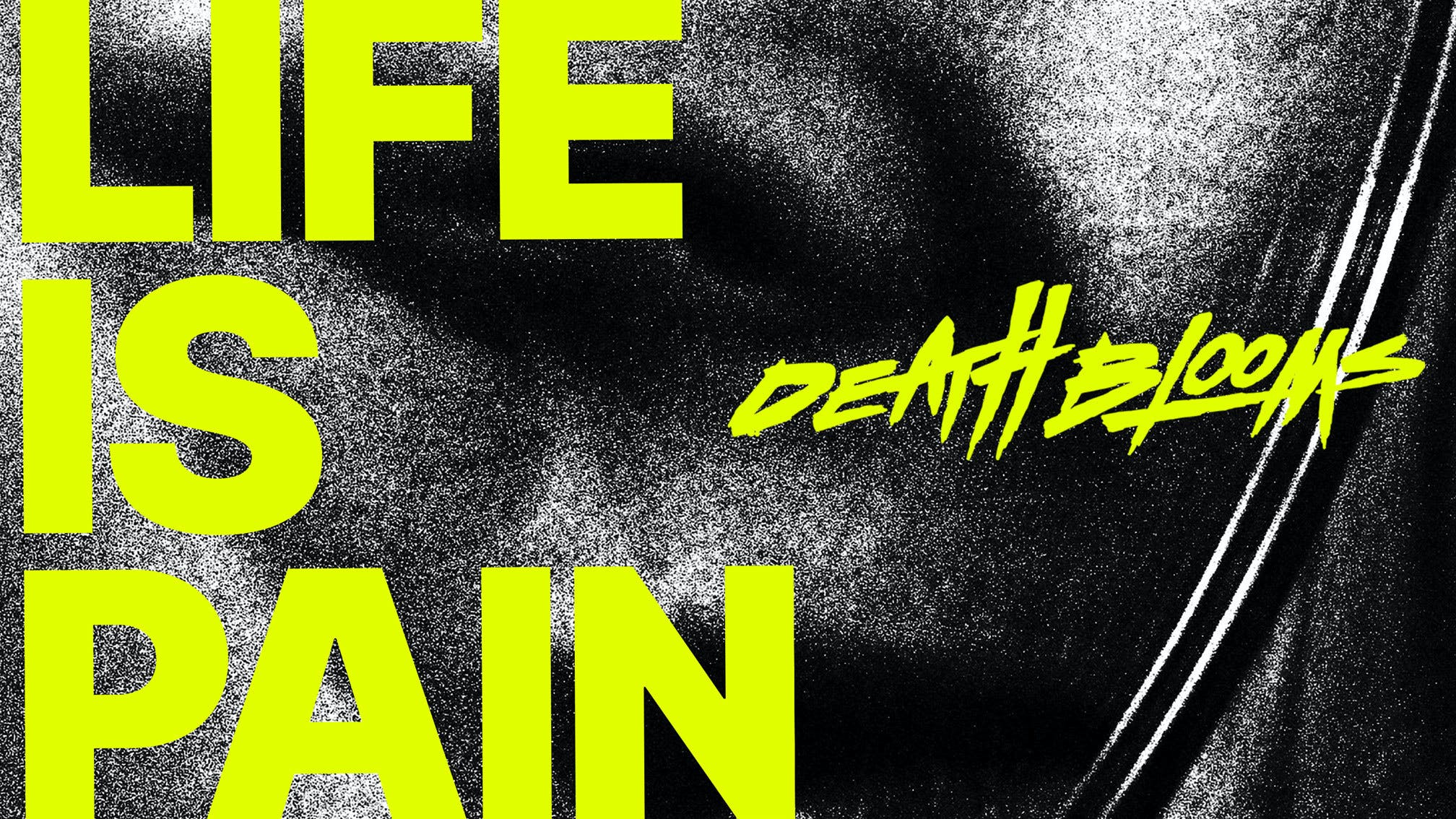 Metalcore is in the midst of a massive resurgence. Bury Tomorrow, Static Dress and Loathe are all soaring in popularity, as fans seek out the nostalgia of a chaotic breakdown, and even Bring Me The Horizon have dipped into their heavier past lately. With this in mind, the release of Death Blooms’ debut Life Is Pain couldn’t come at a more perfect time. The Liverpool quartet’s frenzied take on the genre incorporates elements of nu-metal, with a weighty dose of undiluted anger, for a record that’s explosively volatile yet still fun to listen to.

There aren’t necessarily any new ideas being presented, however, Death Blooms aren’t afraid to be creative with what’s at their disposal, and as the tracks progress, both melody and electronics are used in abundance. Vocalist Paul Barrow spits pure vitriol on songs such as Shut Up, a harsh juxtaposition to the cleanly sung portions of the likes of In Your Head, which lends an air of poignancy to each respective vocal part. With its subject matter centred around the negative of the human psyche and catharsis, there is potential for Life Is Pain to become monotonous in its rage, however Death Blooms channel this aggression with a diverse dynamic. Soaring melodies and ferociously charged riffs create the perfect storm and steer songs sharply away from middle-of-the-road territory.

With metalcore making such an explosive comeback, there are bound to be trend hoppers looking to cash in on the next big thing – it’s safe to say that this is absolutely not the case here. Death Blooms are a worthy addition, providing yet another reason to get excited about heavy music while simultaneously hitting with all the force and devastation of a wrecking ball.

Life Is Pain is released on October 22 via Adventure Cat.

Read this: Blood Youth: Inside their new era and the "biomechanical fucking darkness" of Visions Of Another Hell

Death Blooms will be hitting the UK next February and March in support of vicious debut album Life Is Pain.

Listen to Death Blooms' new single Shut Up, the opening track on their upcoming debut album Life Is Pain.

Now Hear This: Milkie Way on the best new trap-metal, electro-punk and hyperpop

WARGASM's Milkie Way brings you the new bands you need to check out now, including Death Tour, Cassyette and Tokky Horror…