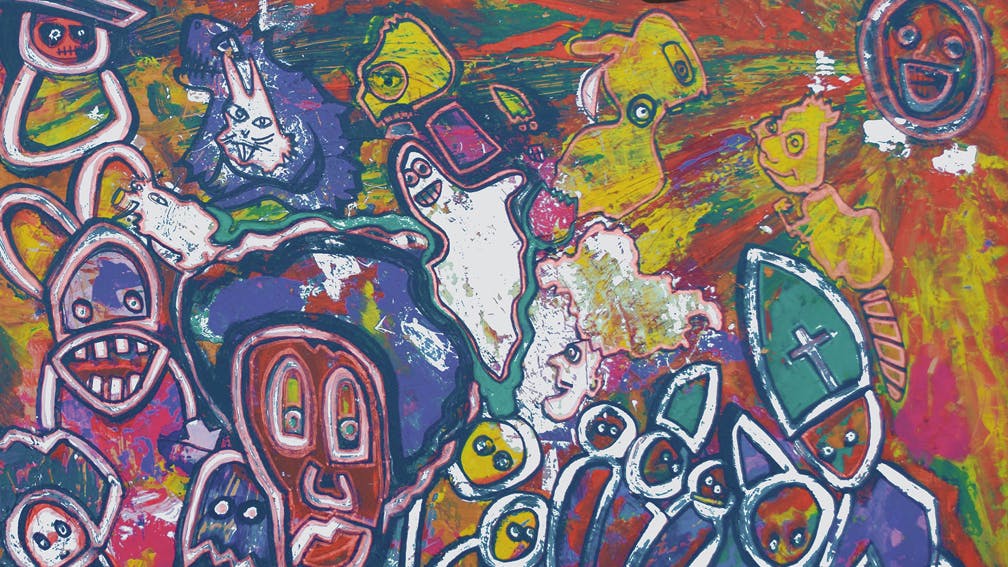 They say that living well is the best revenge. How Not To Be Happy, the second album from scuzzy trio GLOO, offers an alternative strategy: sod that, write some mouth-puckeringly sour yet catchy tunes instead. Across 30 taut minutes, the south coasters take swipes at every aspect of the daily humdrum, from being a slave to the grind (Work So Hard) to Little England clichés (Big Smoke). No lattes and pastries for breakfast, just bitterness and distortion pedals.

Yet GLOO have added some smarts to their snotty rock since the harum-scarum of 2018’s A Pathetic Age. Swimming In Your Sea oozes slacker cool, bobbing through waves of guitar fuzz while Mark Harfield’s twitching drum beat keeps the bile on simmer. Takes The Piss is full of vinegar as chief yelper Thomas Harfield settles scores, but he's backed by cheerleader claps. Like an inverse Weezer, GLOO know when to sweeten up their gleefully mucky riffs.

They also revel in blowing raspberries at anyone who takes life too seriously – not least of all themselves. After mocking everyone else on the Acca Dacca swagger of Big Smoke, Thomas adopts a caveman grunt as he declares ‘I wanna live like a rock star,’ echoed by his bandmates in choir boy falsetto. They even slow the spleen-puncturing tirade of No One Gives A Fuck (‘about your feelings’) to a half-time serenade. A softer side, perhaps? ‘Let’s agree to disagree,’ Thomas warbles, before adding, ‘On second thoughts, listen to me!’

It’s quintessential British miserabilism filtered through Dinosaur Jr.-esque freak rock, where even running out of rolling papers can be spun into a chuckling back porch strummer, Thomas singing the suburban Rizla blues on the closing track. Despite its self-defeating title, How Not To Be Happy can’t help but put a smile on your face.

Why GLOO are the bright sparks Britrock needs right now

Having perfected their unkempt blend of power pop, post-grunge and punk rock on How Not To Be Happy, GLOO’s bonds of brotherhood and mischievous high spirits make them the perfect soundtrack for cutting loose from the shackles of lockdown…