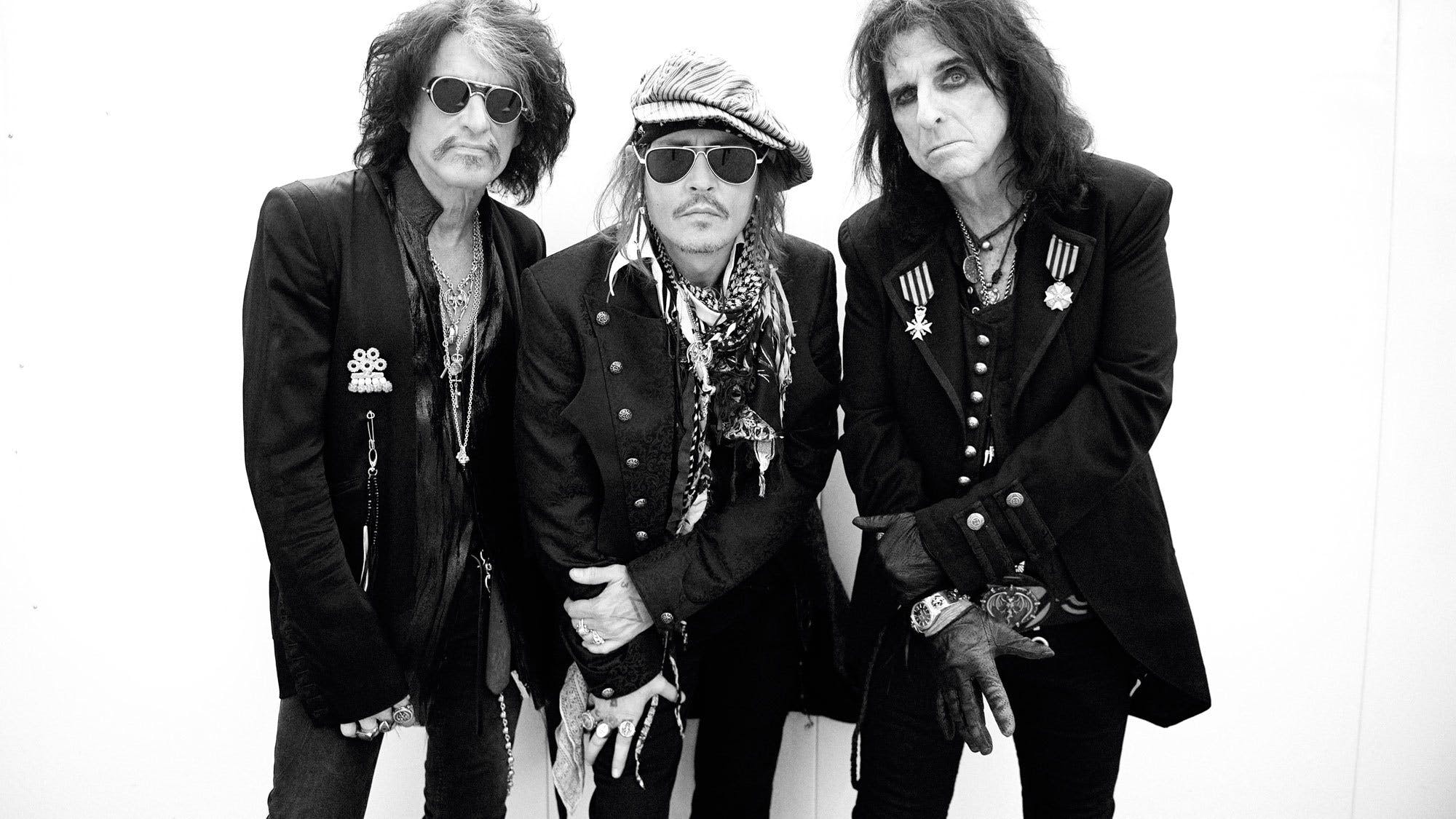 You could argue that Rise is actually Hollywood Vampires’ first album proper. While their 2015 self-titled debut introduced the world to this supergroup formed in homage to the legendary star-studded drinking club of the same name – of which singer Alice Cooper was an enthusiastic member, alongside such luminaries as Keith Moon, Micky Dolenz from The Monkees and Beatle John Lennon – there were only three original compositions to be found, with the lion’s share made up of covers. Featuring Alice, Aerosmith guitarist Joe Perry and actor-turned-rocker Johnny Depp performing versions of classics by Led Zeppelin, Jimi Hendrix, The Who and The Doors among others, and bolstered by cameos from Paul McCartney and Dave Grohl, both the album and band proved to have better legs than Alice’s old drinking buddies after a night on the tiles. That is to say, what started out as something of a laugh between mates ended up headlining Wembley Arena last year.

This time around, there are only three covers, with the remaining 13 tracks giving greater breathing room to the chemistry exhibited by Hollywood Vampires’ acclaimed live shows. With increased scope for originality, the enterprise is taken in some interesting new directions, with its constituent members playing largely to their strengths. Opener I Want My Now, all surging riffs and snarled vocals, wouldn’t sound out of place on an Alice Cooper record, as we find The Godfather Of Shock declaring, ‘I want a diamond selfie stick.’ New Threat, meanwhile, finds Joe gifting the kind of bluesy riffs that only he is capable of cooking up, and it ends up sounding not unlike the building blocks of an Aerosmith song.

Elsewhere, there are more substantial surprises, even if they’re following the lead of others in their field. Who’s Laughing Now coasts along on a Queens Of The Stone Age groove, with Alice turning in a vocal performance akin to his macabre protégé Rob Zombie. Meanwhile, Welcome To Bushwackers, featuring guitar legend Jeff Beck and film director John Waters, is a more intriguing proposition. The manner in which it puts whisky-soaked country through a rock’n’roll filter has resulted in something that’s musically and lyrically both playful and perverse.

With Johnny Depp among the band’s ranks and shouldering a good share of the writing on Rise, there will inevitably be those who scour his lyrics for things relating to his alleged indiscretions. Hearing him sing the words ‘All the things you don’t say / The gift of truth pushed me away / All the things you did say / Never mattered anyway’ during Who’s Laughing Now might raise the eyebrows of those who choose to read into them, but on the whole the words deal in big, sweeping sentiments.

When Rise is good, it’s a blast. However, like the boozy gang from which they take their name, there’s a tendency towards excess. Hollywood Vampires have clearly relished the opportunity to show what they’re capable of, but they may have overcompensated. They’re on to a good thing when they’re in down-and-dirty territory, continuing the tradition of celebrating fallen heroes (People Who Died), but less so when they explore their dafter side (We Gotta Rise). The solid rendition of David Bowie’s immortal “Heroes”, meanwhile, is a bold move, and one that, mercifully, works. But despite some other things on here not landing, it’s fair to say that the Vampires get their fangs into your ears more often than not.

Hollywood Vampires will return to the UK in August next year