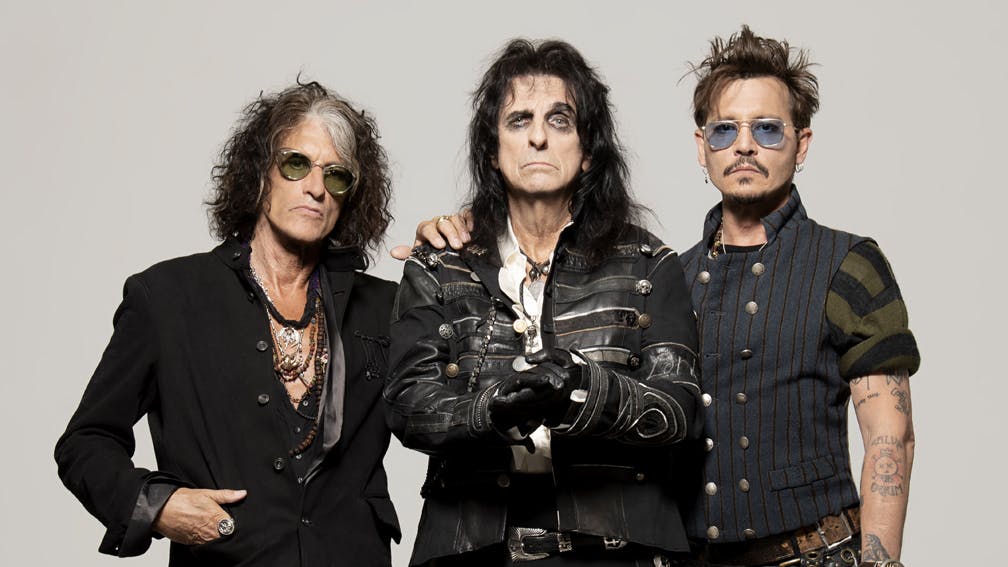 Rock supergroup Hollywood Vampires – Joe Perry, Johnny Depp and Alice Cooper – have announced that they will be hitting arenas in the UK next year.

The band will be joined by Primal Scream at the four dates, which will take in Leeds, Glasgow, London and Birmingham in September 2020.

“This show has something for everyone," enthuses Alice. "I like to joke that The Vampires are the world’s most expensive bar band, but what a lot of people don’t realise is that this is a real rock band, not just some novelty. I wouldn’t keep doing it if it weren’t such a great band. Everybody gets along, the musical chemistry is as good as it gets and the show will be the highest energy hard rock shows you will see all year. I never get tired of playing with these guys!"

Joe Perry, meanwhile, adds: “I’m looking forward to be getting back on the road with the guys in the Vampires this summer. It’s going to be great to get to play a bunch of tunes from our new album as well as a few from our dead, drunk friends. The last tour we were firing on all cylinders and it’s because of the great support from our fans that we really push the pedal to the floor. You can expect much of the same in September. We can’t wait to get over and prove it.”

Catch Hollywood Vampires live at the following on their Rise UK tour:

Tickets go on sale via the Kerrang! Ticket Store from November 29 at 10am.

Hollywood Vampires will return to the UK in August next year

Monster supergroup Hollywood Vampires travel under their own steam on second album Rise...