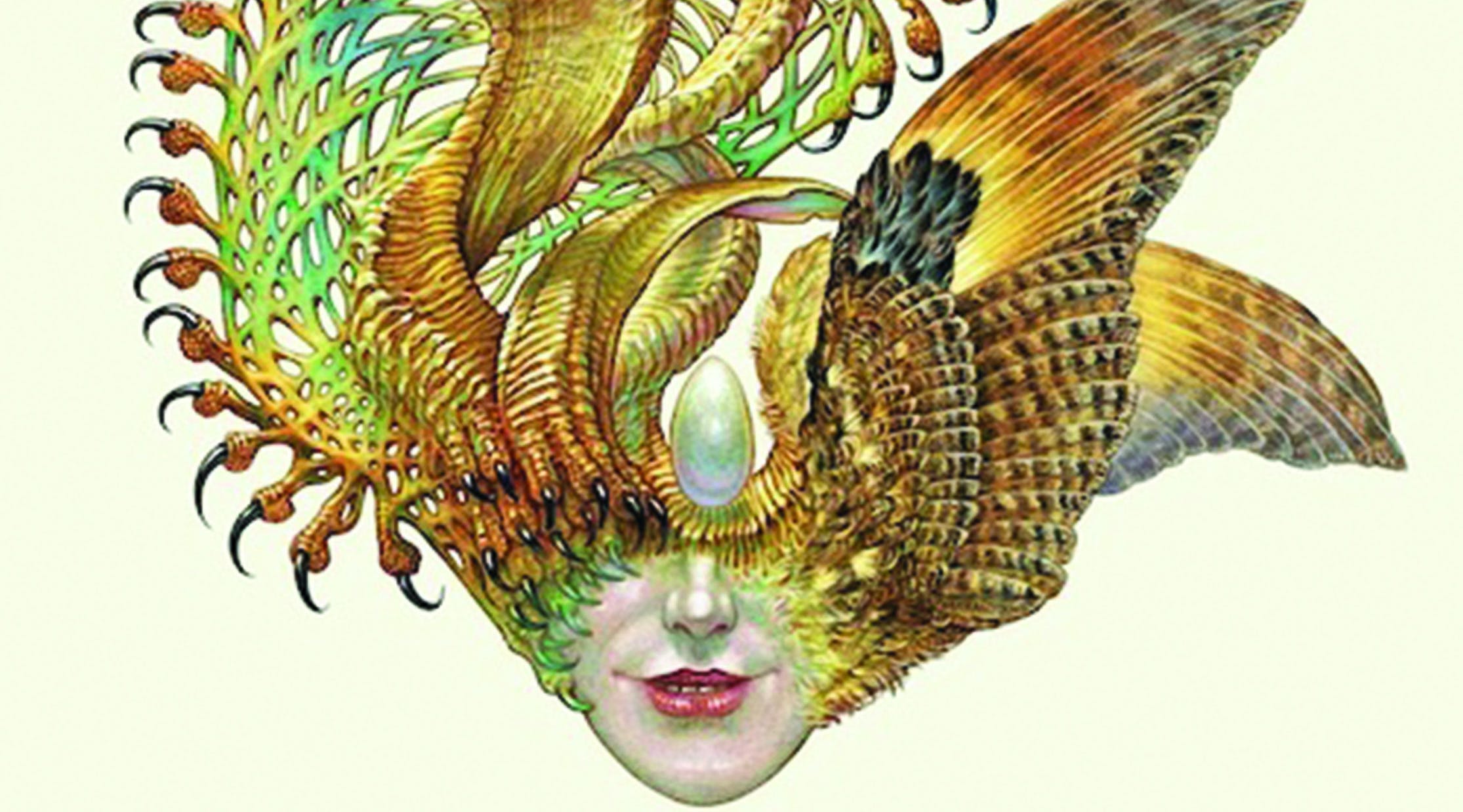 When Ivar Nikolaisen, the new singer with Norwegian berserkers Kvelertak, told Kerrang!, “I know it sounds boring, but I’ve never felt the need to make music,” his words actually turned out to be more revolutionary than maybe he intended. The idea that someone would incur, full-time, the dizzying highs and routine lows – roughly 20 per cent of the former, 80 per cent of the latter – of being a professional musician without having first felt an insatiable itch to do so is not only a notion that raises intrigue, but is just one of the many alluring qualities of this most original of bands.

It doesn’t hurt either that Ivar has a backstory to burn. Prior to joining Kvelertak, the lithe and likeable frontman worked in construction in the thick of the Norwegian winter, while his home life involved squatting in log cabins in the woods just outside of Oslo. By day he’d poach trout and drink beer; by night he’d eat trout and drink beer. Living without electricity, each morning he’d wake up with his head frozen to the pillow on which he’d slept.

What difference does his arrival make to Kvelertak, exactly? Well, on the surface, not that much, other than slightly calmer inter-personal waters within the band’s ranks. When it comes to the vocals, Splid – the Norwegian word for ‘discord’, the band’s fourth album and their first for four years – carries things on in much the same manner as before. Ivar can scream as convincingly as his predecessor, Erlend Hjelvik, in a way that suggests he’s attempting to open an umbrella that he’s just inserted into his arse. This can be heard to alarming effect as the band clatter their way through the chaotic conclusion of the eight-minute Delirium Tremens. But Kvelertak’s new singer also has the chops to spread his talents – at times screamy, at others with an impressive grasp of melody – over this album’s various styles. On the propulsive and melodic Fanden Ta Dette Hull!, he’s a rasping Rod Stewart with a painful prolapse, at least until the song briefly swerves into a breakneck section of Bay Area-style thrash metal that is more intense and effective than either Exodus or Testament have ever quite managed to be. And as if this weren’t quite bewildering enough, the seven-minute outing concludes with a rousing series of choruses that one could imagine being sung by a group of pissed-up sailors.

As if you couldn’t guess, this is an album that has plenty of range, which Kvelertak ably cover and make theirs throughout. Superbly produced by Converge guitarist Kurt Ballou (who recorded the band’s first two albums, as well as working with Every Time I Die, The Dillinger Escape Plan and Code Orange, among countless other proponents of heaviness), Splid features a variety of styles, from classic rock stomp to punky racket, from driving-force metal to spacious goth-rock, in a way that would likely be disjointed were it crafted by a lesser band. Mastodon’s Troy Sanders pops up to provide vocals on the reassuringly insistent Crack Of Doom, while a section of the monstrous Necrosoft attempts to break the world record for the fastest piece of music ever recorded. Best of all, during the frantic Bråtenbrann someone yells, ‘Air guitar, come on!’ before the band unpack the kind of solo that could peel paint from a car.

Often commercial and sometimes devoutly, intentionally un-commercial, Splid is a delightfully edgy album from a combustible unit that, here, sound as if they might blow at any second. Volatile, tuneful, raucous and unstable, it is the perfect rock’n’roll record from a genuinely unique band.