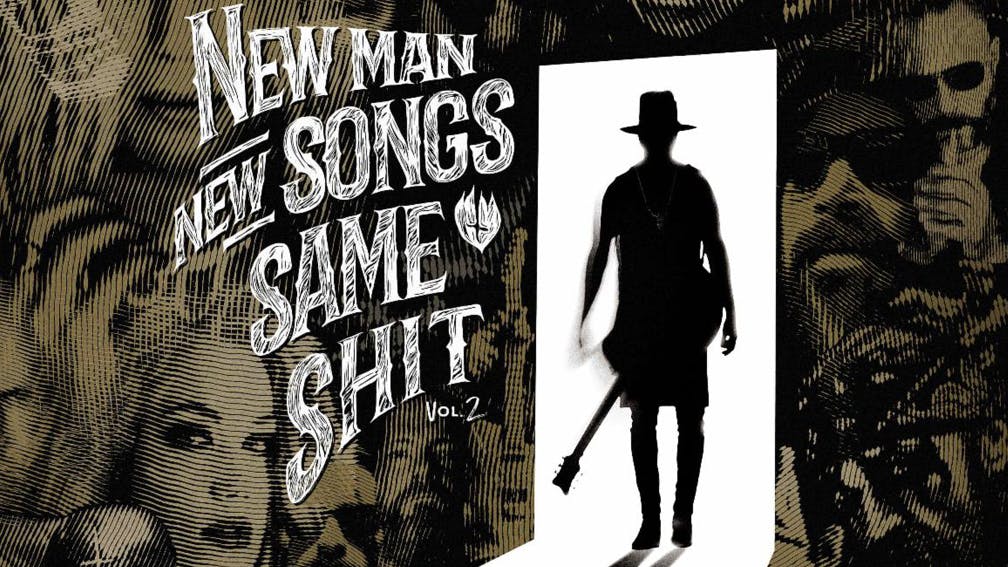 If the Devil existed, do you think he’d be listening to extreme metal, or the insouciant campfire cool of Year Of The Snake by Me And That Man – complete with slide guitar, a guest appearance by former Morbid Angel frontman David Vincent and an entirely apropos fiddle solo? Nergal’s ongoing side project owes far more to Johnny Cash singing To Beat The Devil than it does Behemoth proclaiming O Father O Satan O Sun!, but the man himself is equally accomplished whether he’s clad in corpse paint or a cowboy hat.

As the title suggests, this release follows the same format as the previous two MATM albums: a host of star guests join Nergal and his regular collaborators as they traverse dark country roads and dip in and out of different musical styles. This is the most consistent collection yet, though, with multiple highlights and very few misses.

So, you have a blast of Dick Dale surf rock on Under The Spell featuring Mary Goore (better known as Ghost mastermind Tobias Forge). Garm from Ulver crops up on the occult-country classic Witches Don’t Fall In Love, and Myrkur lends her ethereal vocals to the beautifully sinister Angel Of Light. One of the best things is hearing metal icons trying their hands at something different, whether it’s Blaze Bayley (ex-Iron Maiden), Gary Holt (Exodus) and Mantas (ex-Venom) combining for the pure swamp blues of All Hope Is Gone or Arch Enemy’s Alissa White-Gluz giving full reign to her inner soul diva on Goodbye.

It is more of the same, yes. But that's not a problem – this particular shit is on fire.

READ THIS: The People vs Nergal: The Behemoth frontman faces your questions