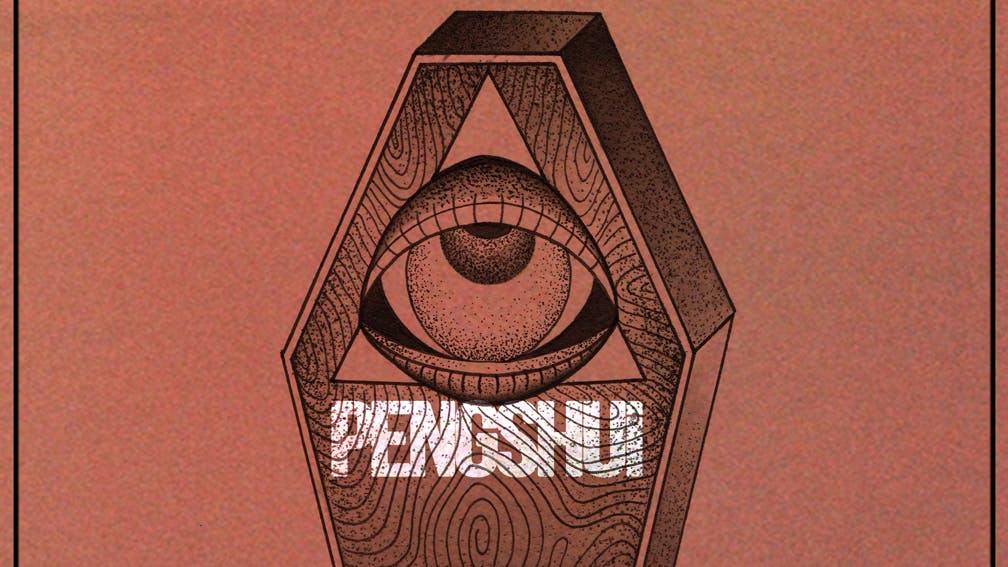 PENGSHUi frontman Illaman grew up close to Grenfell Tower, the site of a devastating fire in 2017 which claimed 70 lives. In the aftermath of the disaster, calls for the government to quickly scale-up the process of removing dangerous cladding from buildings like Grenfell were widespread, but in a now-notorious interview in the wake of the fire, Tory MP Jacob Rees-Mogg appeared to suggest that the victims lacked “common sense” for adhering to the ‘stay-put’ instructions of the fire brigade. He quickly backtracked, but his comment had already sparked rage in Illaman, who in response penned aggressive class-war anthem Eat The Rich – just one of several thrilling, emotional and politically-charged grime-punk slammers that make up Destroy Yourself, PENGSHUi’s second LP.

There’s plenty of venom on display from Illaman and fellow bandmates Fatty and Pravvy Prav throughout this album. Little Brother is built around some seriously heavy riffing which calls to mind rap-metal heroes Body Count, while Ain’t No Love is characterised by a terrific, breathless vocal delivery and some serious helpings of groove. There are more melodic qualities to Destroy Yourself too, particularly on Move The World, which carries an indie-rock spirit throughout, as well as closing number Nothing Ever Changes, which features some monstrous riffs, but also a true sing-along quality which sees PENGSHUi bring things to a triumphant conclusion.

Illaman, Fatty and Prav have crafted 12 tracks of innovative and pounding grime-punk to soundtrack their cause here. Better yet, built on feelings of despair, but also offering hope in its sense of community and collective action, Destroy Yourself is PENGSHUi’s manifesto for a fairer, brighter and more just world. Rage on, lads.

Destroy Yourself is released on January 28 via MVKA.