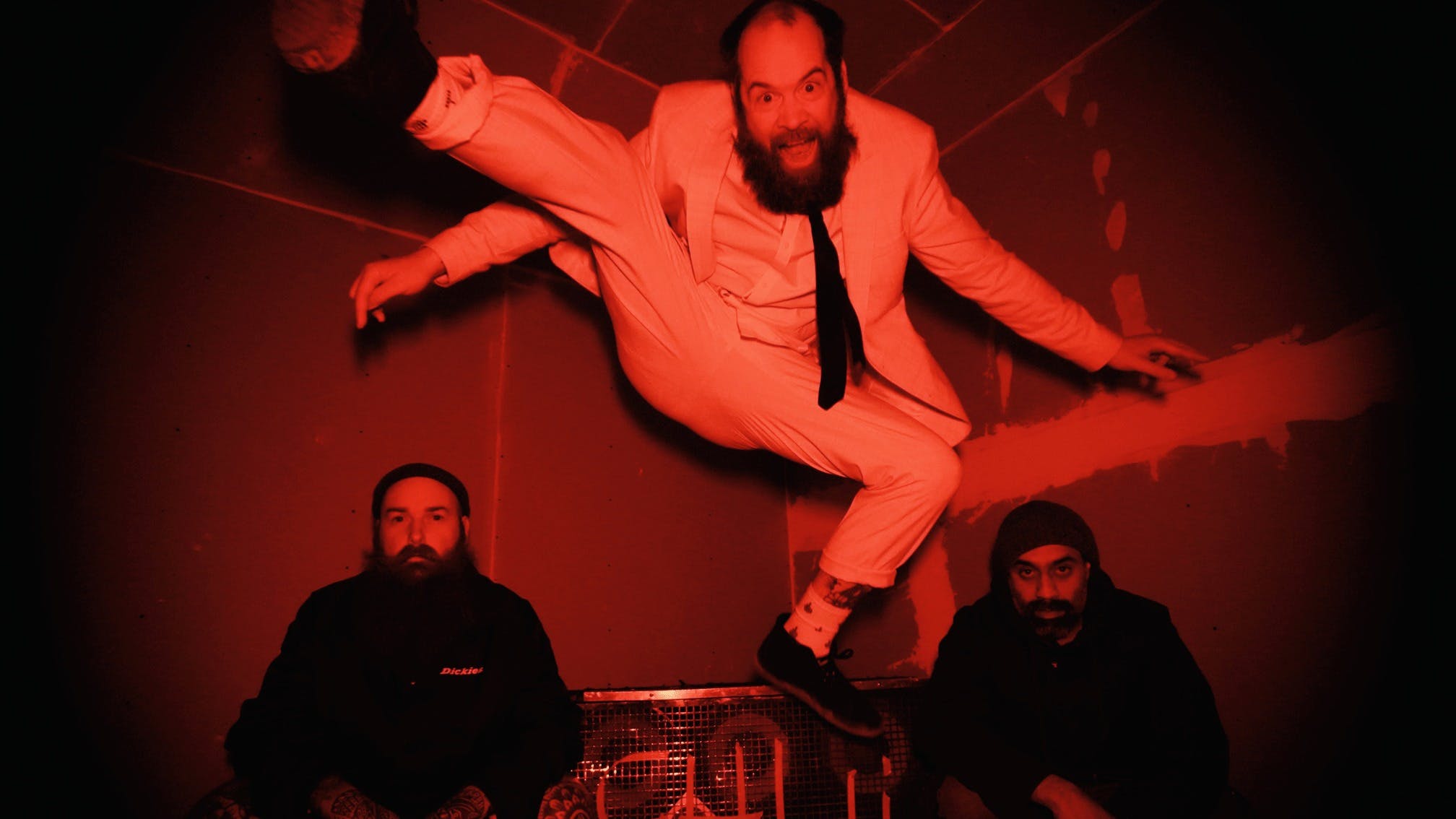 If you've read our 4/5 review of the album, then you'll already know that we love PENGSHUi's Destroy Yourself. It's a record that packs so much into its 12 songs that you'll undoubtedly hear more each time you listen – and what better way to keep hitting repeat than with this handy track-by-track guide to read along with?

“When I first heard the instrumental of Break The Law at Greenmount Studios after [guitarist] Fatty and [drummer] Prav had tracked it, I got goosebumps. It was one of the first I remember hearing back and thinking, 'Fuck, this one is going to pop off live!' The end section still gives me goosebumps and I'm gonna be hard pressed not using all my energy up in that section alone.

“Having P Money on it is a massive deal for us. P is a legend and in my top three of all UK MCs. A powerful voice in UK music that sends cannonball-sized shells at beats and anyone coming against him. Not gonna lie, I was a little nervous but I think we have created an absolute monster that is going to do damage live.

“The balance between rich and poor has never been clearer and more evident. The world’s rich are the richest they've ever been – profiting from slave labour, tax evasion and pillaging of the world’s resources – while the poor just get poorer. It feels like we – the people on the ground, the poor, the struggling, the council estate working class – have been left to fight for ourselves and Eat The Rich is the theme song for that fight.”

“Little Brother is about what we would say to the young versions of ourselves, a reminder to remember where we have come from and the strength we never knew we had. Those moments when we thought we would never make it through a life event or trauma. A reminder of our wins and successes.”

“This track is about fitting in as an MC in the UK. There are so many different styles and genres, and Illaman has been involved in many of them. It wasn't as common a few years ago to have a UK hip-hop rapper on a grime beat or tempo and vice-versa, so the chorus is about finding that lane and finding love from your peers. 'Taking off someone's headtop' or 'spinning another MC' are terms used when you battle or clash in a rave or on radio and win.”

“We were extremely lucky to work with Josh [Steele, aka EDM producer Flux Pavilion] on this album. This was a track he brought to the table which he originally wrote for his wife, Maddy. We loved it as was different, and mainly because Illaman really wanted to sing on this record. This was the perfect track for us. We took the OG, and put our hand to it to make it more our style/sound, and here is the outcome.”

“[Illaman] grew up in a council estate in West London and the bars and concept on this one are about the hardship of that, and the mental health issues associated with the struggle of the death of friends, drug abuse and the pain of growing up with not much. Being sick is a term used for something being really good but as the end section progresses, it's revealed that it's also a reference on being unwell and sick in the mind.”

7This Is My Youth

“The idea for This Is My Youth was born when Flux said to Illaman, 'I like the way you talk, we need to make a list of things you say and put them in a record,' which then became a list of Illaman's favourite things from the present and his childhood. The video was shot around West London where Illaman grew up and spent his younger years. Good old W10. This one is a belter and we love it. Another we can wait to drop live on tour in February!”

“Ursa Minor is about an alien called Ursa Minor who comes of age and gets to take his ship out for its first spin. He comes across Earth and as he gets closer notices the damage and shit the human race are doing the planet. He decides he is gonna wipe us out and reset.”

“The idea behind IDKWYBT is possibly my favourite concept track I've ever written. I used to have really mad nights in my local pub, proper mental. So many different characters both young and old bringing their attitude and dramas for everyone to see on a Friday night. We all know a person who would duck the round, we all know a person who had one too many who would then proceed to take it out on the bar staff, and we all know someone that becomes a whole different person when they've had a few. I basically wrote about one particular weekend when everyone was out and getting on it. I used loads of my mates' nicknames in the lyrics but then we came up with the idea of changing all those names to horse names from the races and delivering it like a horse race commentator. The local pub was almost like a church for some. A place where people from the area would come to palaver while they empty their glass and drown their fears. It is a story of a night out on the lash with the twist of everyone being horses from the races, basically.”

“Shelling is a term used for absolutely destroying a beat or track with flows and bars. That's exactly what this one is: Illaman going the fuck in on a shelly banger. Straight-up smash. That's it.”

“Destroy Yourself and rebuild with the lessons you've learned and taken from life. This album is about just that. An observation of self and the world in its current state. Becoming unpolarised and lifting the veil to find growth and your true self. Take the pain and the anger and turn it into positive energy. Destroy and rebuild.”

“This track is about letting go and making change. Allowing yourself to look back at past mistakes, relationships and such. Taking from it everything you've learned and gone through to become someone you love first. It's a song about respect and love for yourself, no matter what has happened, what you've felt. There is light. Nothing Ever Changes unless you make it so.”

Destroy Yourself is released on January 28 via MVKA.