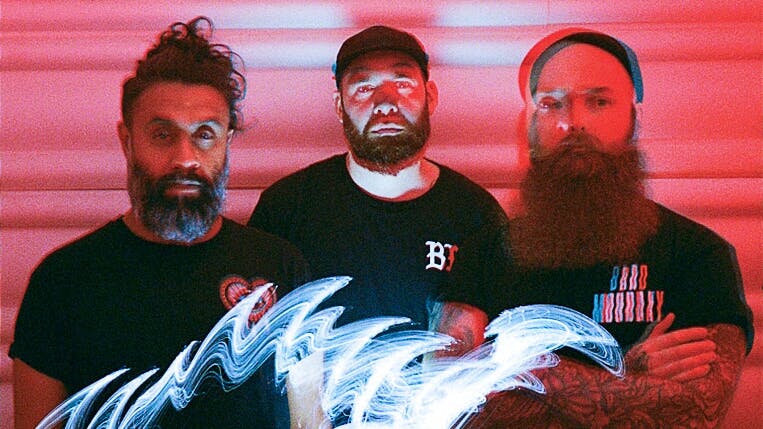 Grime-punks Pengshui have announced details of their debut album.

The trio's self-titled LP will be released February 21 via MVKA, just ahead of their headline UK tour which kicks off on March 4.

“This album is forged from a love of heavy music, heavy basslines and heavy energy," says vocalist Illaman.

"We came together to do this because all three of us have missed and wanted to create and perform songs like this for a long time. 12 tracks that we feel are bangers, that have that banger energy, and make people want to go nuts and skank out.

"All our influences and vibes thrown into a big pot, stirred with a big spoon and thrown into a bowl. Get stuck in as we're just getting started. Please enjoy loudly.”

To mark the album announcement, Pengshui have released a new video for Wiseman featuring rapper Footsie.

Catch Pengshui on tour in March across the UK.

READ THIS: A short history of metal and hip-hop's greatest crossovers