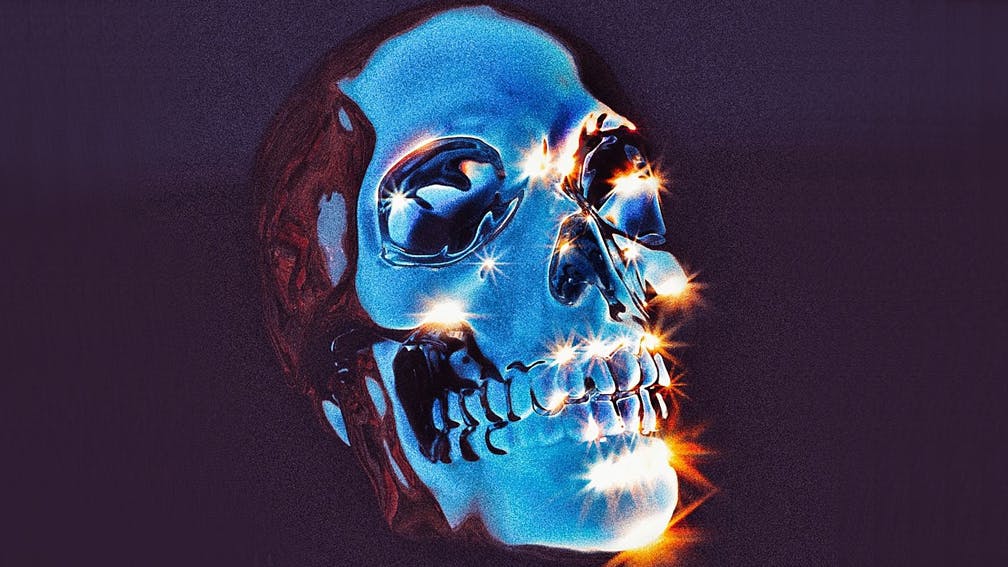 Followers of Strange Bones might well have expected the first full-length from the brothers Bentham to have materialised sooner. Raised not at their mother’s knee, but by digging their shins into pits at Blackpool punkstravaganza Holidays In The Sun (now Rebellion Festival), Bobby, Jack and Will were kicking out scabrous jams long before adopting the Strange Bones moniker in 2015. Plenty of time to slap together some scrappy tunes, hit record and call it an album.

Instead, the brothers – together with drummer Nathan Sanderson – have played the long game, giving themselves time over several EPs and sweat-soaked gigs to find a voice of their own, one that howls above the din of modern life. It is a patience wholly at odds with the dystopian rave energy of England Screams, their debut proper, yet their hard-nosed confidence speaks loudest here.

The title-track blares like a terrace chant for the end of days, frenzied drums and air raid synths leading into a punk chorus aimed at uniting fields of rockers and ravers. The clash of styles is only amplified by guest spots from Bob Vylan and Indian rap force PAV4N, mirroring the cultural mash-up of Britain that is still seldom seen on rock stages, yet yields incendiary results on Menace.

Yet underlying Strange Bones’ sensory assault is a deep current of urban alienation. Sin City might as well be named Fear & Loathing In Blackpool, the bleakness threatening to make England Screams part of the very despair that Strange Bones strive to rise above. Far more exhilarating is Dogma, which starts in a haze of disoriented beats and Bobby's smoked-out drawl, before breaking loose into PAV4N’s capitalism-bashing tirade over a punked-up barrage. A tantalising hint of even stranger boundaries for this brotherhood to smash.

For fans of: The Prodigy, Frank Carter & The Rattlesnakes, Ho99o9

England Screams is out now via FRKST/300 Entertainment