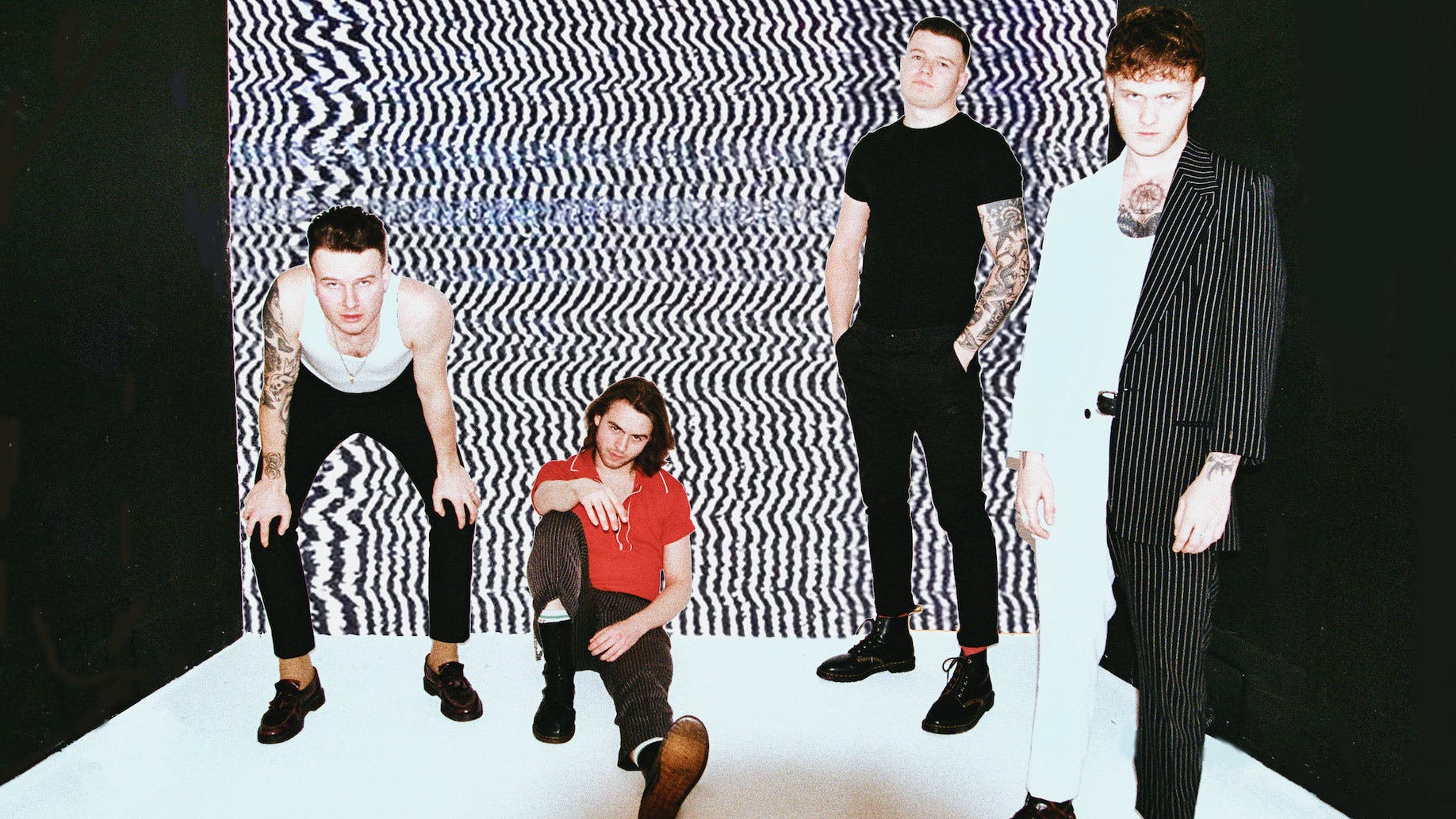 “How do you rebel against rebellion?” Bobby Bentham ponders, with good reason. Pushing back against parents is a natural part of our formative years, but not for Bobby and his brothers, Jack (guitarist) and Will (bassist). That’s because their folks were part of the UK punk scene, managing bands and filming gigs from the likes of UK Subs and the Anti-Nowhere League. So while most kids their age played in sandpits, the Bentham boys were wallowing in spit and sawdust. “We were thrown into abrasive music early,” recalls Bobby. “We went to Holidays In The Sun [now Rebellion Festival] when we were toddlers. What was happening on stage seemed fun!”

Perhaps unsurprisingly, the trio found it easy to connect with the spirit of punk, while their hometown of Blackpool, a “Dystopian Disneyland” unburdened by the advances of the last five decades, provided a handy target for their collective ire. “It’s stuck in the '70s,” moans Bobby. “It’s the place time forgot. No matter where you’re from, though, everything you do or say is shaped by your environment.”

The lack of modern distractions allowed ample time for the boys to explore their creativity from a young age. Their dad would encourage lengthy jam sessions, too – sitting the three down, arming them with guitars, and instructing whose turn it was to perform a solo. By their early teens, the trio were playing in the band Outlaw, covering the likes of The Hives and Rancid, before changing their name to Strange Bones five years ago. “Becoming a new entity felt like the right thing,” says Bobby of a new chapter that would yield exciting possibilities.

Not least among these was becoming the first British band invited to Foo Fighters’ Studio 606 in Los Angeles, where they made their debut EP, 2016’s God Save The Teen, under the watchful eye and dutiful ear of Chris Shiflett. “He was very down to earth and enthusiastic,” says Bobby of the Foos’ guitarist. “We’d listen back and he’d be air drumming like mad.”

While it’s straightforward explaining where Strange Bones – completed by drummer Nathan Sanderson – came from, it’s harder to establish where they’re heading, even for their chief songwriter. “I’ve never been able to answer that question,” offers Bobby. “As soon as I started writing stuff for Strange Bones, I didn’t have somewhere I wanted to be, musically, even though I knew there was a somewhere. I didn’t want to know where that was, though, because everything until right now has been an experiment to reach these sonic characteristics.”

Those characteristics coalesced earlier this year on EP Blitz Part 2: a scabrous shot of rave punk owing as much to The Prodigy as The Cramps. “It’s about no surrender,” Bobby says of the EP’s industry-bashing highlight, Underdog. “We’re not going to be ants with anteaters around us. If you fuck about, we’ll bite you!”

Thankfully, Strange Bones’ sharper edges remain un-blunted by the outbreak of coronavirus. “I feel we’re sleepwalking through this whole thing,” is Bobby’s take on the state of the nation during this “weird” time. “Whether we’ll wake up or not I don’t know.”

If ever there was a track to shake people from their stupefied slumber, it’s Menace: Strange Bones’ collaboration with the similarly anarchic Bob Vylan – born after a meeting at a certain redheaded punk icon’s birthday bash. “It was Frank Carter who originally told me about Bob,” explains Bobby over the thud of his name drop. “[Bob] was playing at [Frank’s] party that night and we agreed to do something together. It ended up taking a few years, though. We’re both bat-shit crazy, but in different ways, and we’re similarly angry on a lot of important topics. Menace is two worlds coming together, but those two worlds aren’t so far apart. It’s my favourite song we’ve made.”

Bobby is quick to add, however, that Menace will soon have some stiff competition for that honour. “I started going a bit mad,” he says of the uncharacteristically productive streak he’s on. Such is his focus, in fact, that even damaging a nerve in his ear recently hasn’t slowed him down. It’s this resilience that means Bobby has little time for a government that’s actively dissuading artists by encouraging them to retrain in other professions (plus the fact he generally has the words “Tory fucking scum” rolling around his head). “We’ve got it hard enough as it is,” Bobby spits. “Then there’s a fucking polished boot kicking us while we’re down. Who’s surprised though, really?”

It appears sadistic volume and socio-political disquiet still make for productive bedfellows, as the turbulence of recent months has helped Bobby establish the fixed point for his band to head towards on their full-length debut album. “I thought I knew what I wanted it to be, but lockdown made me certain of it.”

And what exactly is that?

“Honest,” he declares. “It’ll be full of weaponised honesty. These are the most special, raw, unflinching songs I’ve ever written. And that’s a great way to feel about a body of work – especially when there are people expecting big things from it!”