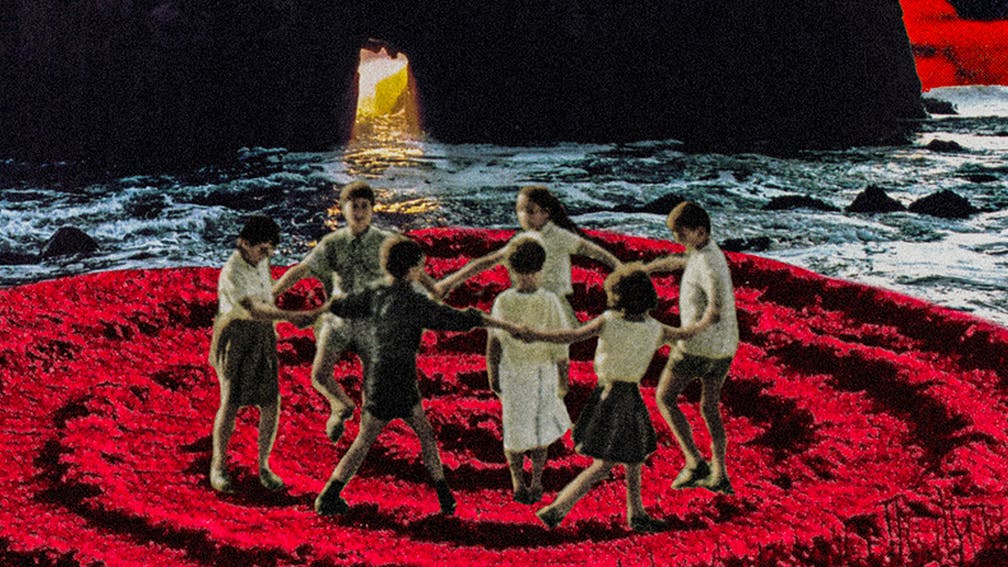 With a title like Earth Is A Black Hole, you might expect LA band Teenage Wrist’s second album to be an unrelenting barrage of doom and gloom. After all, 2018’s debut, Chrome Neon Jesus, channelled an overriding misanthropy through dark shoegaze sonics, and the decline the world has seen in the few short years since would certainly warrant a similar response. Yet while the 10 songs that make up this second record do have moments of misery, on the whole they’re noticeably lighter in tone.

That’s no doubt due to some significant line-up changes – most notably guitarist Marshall Gallagher taking on vocals after original frontman Kamtin Mohager left in late 2019. It’s never easy to step into an established vocalist’s shoes, but Marshall fills them confidently – not least because his vocals are much cleaner and higher in the mix on this record than his predecessor’s were on the last one.

The result is a salient summery shimmer – that feeling of hope – flowing through to even the darkest lyrics. ‘It’s going to rot and turn to dust locked up inside’ Marshall sings on sublime album highlight Yellowbelly, but as he extends that last word, despair and desolation turn to hope. It is, truly, the perfect blend of soaring ’90s power-pop and more modern emo. Almost as magnificent is Wear U Down, which sees Marshall whisper – almost seductively – ‘I can’t help but feel that we’re all fucked’ over a tune straight out of the mid-’90s U.S. alt-rock scene.

Elsewhere, Taste Of Gasoline feels like it’s trapped in a vortex of that scene and ’80s synthpop, while High Again’s wistful romanticism is set to subtle, more modern electronics that then morph into a good old-fashioned blast of incongruous arena pop. The title track sounds like Enter Shikari wrestling with old school UK political folk punks, before final track Stella builds increasingly into a swell of sound that doesn’t quite reach the grandiose heights it’s aiming for. Overall, it's an incohesive record, but one with a few wonderful moments that definitely bear repeat listens.

For Fans Of: Nothing, Turnstile, Smashing Pumpkins

Earth Is A Black Hole is out now via Epitaph, and is available to order/download/stream here.

READ THIS: The Smashing Pumpkins: Every album ranked from worst to best

Change is in the air and Teenage Wrist are done being sad. We find out how Marshall Gallagher has learned to embrace positivity into his life, and why that's sometimes easier said than done.

Californian alt.rock duo Teenage Wrist have unveiled the next slice of music from their upcoming second record, Earth Is A Black Hole.

Listen to Earth Is A Black Hole, the title-track from Teenage Wrist's upcoming second LP.