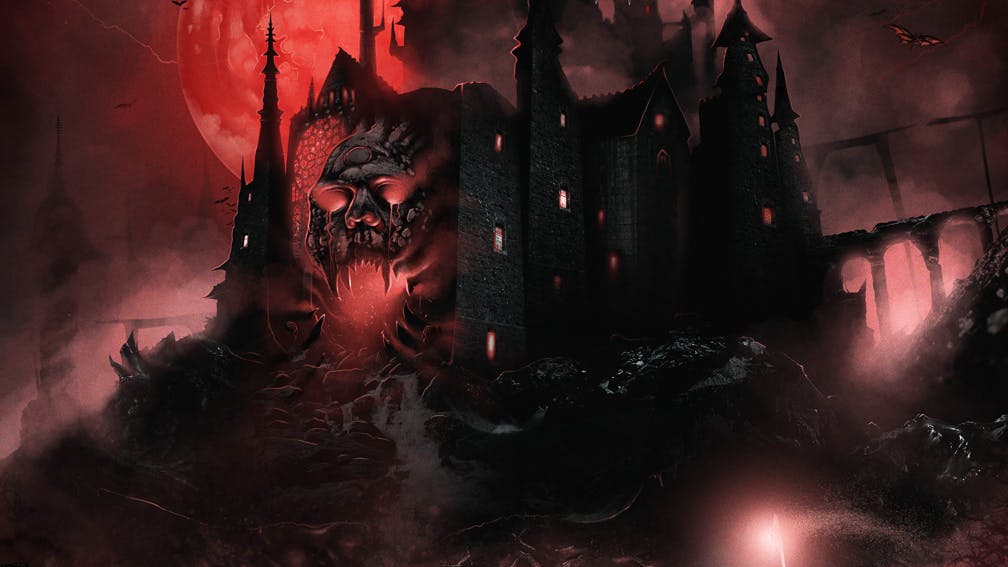 You really do have to admire Wednesday 13's dedication to wishing it could be Halloween every day. Or, actually, simply carrying on as though it is. Now nine solo albums in and, as ever, in love with all things macabre, scary and squishy, the one-time Murderdolls frontman has clearly never lived a day in his life that wasn't spooky, and Beelzebub bless him for it.

With such a long habit, it's unsurprising that Wednesday is solidly reliable for this stuff. Like Rob Zombie and Alice Cooper before him, the Duke Of Spook's music here is just one element of what's being cooked up. Fitting somewhere between Zombie's industrial stomp and occasionally the razorblade sleaze of WASP, tunes like Insides Out and You're So Hideous are the vehicle for Wednesday to unleash his metal grindhouse horror show, sounding enthusiastically demonic as he does.

On Hell Is Coming, he takes on a more Sabbathian groove, sounding a bit like Down if they recorded in the house from The Texas Chain Saw Massacre instead of round Phil Anselmo's place. And talking of horror flicks, Halloween (the film, not the day) gets a tribute in the form of the stompy Return To Haddonfield, while Stephen King's tale of automotive terror Christine comes up in Christine: Fury In The Night.

As it closes with The Other Side, Wednesday puts the shock to one side to show his heart for a second. As a tribute to his late mother and to his fellow Murderdoll Joey Jordison, it's a touching moment, as he intones that, ‘I can’t breathe ’cause my heart is breaking.’

Is Wednesday 13 the king of shock? Not while Coop's still getting decapitated nightly. But as one of the dark side's most loyal servants, he is nevertheless a reliable old ghoul who knows a good scare when he sees it.

Horrifier is out now via Napalm

READ THIS: How I wrote I Love To Say F*ck, by Wednesday 13