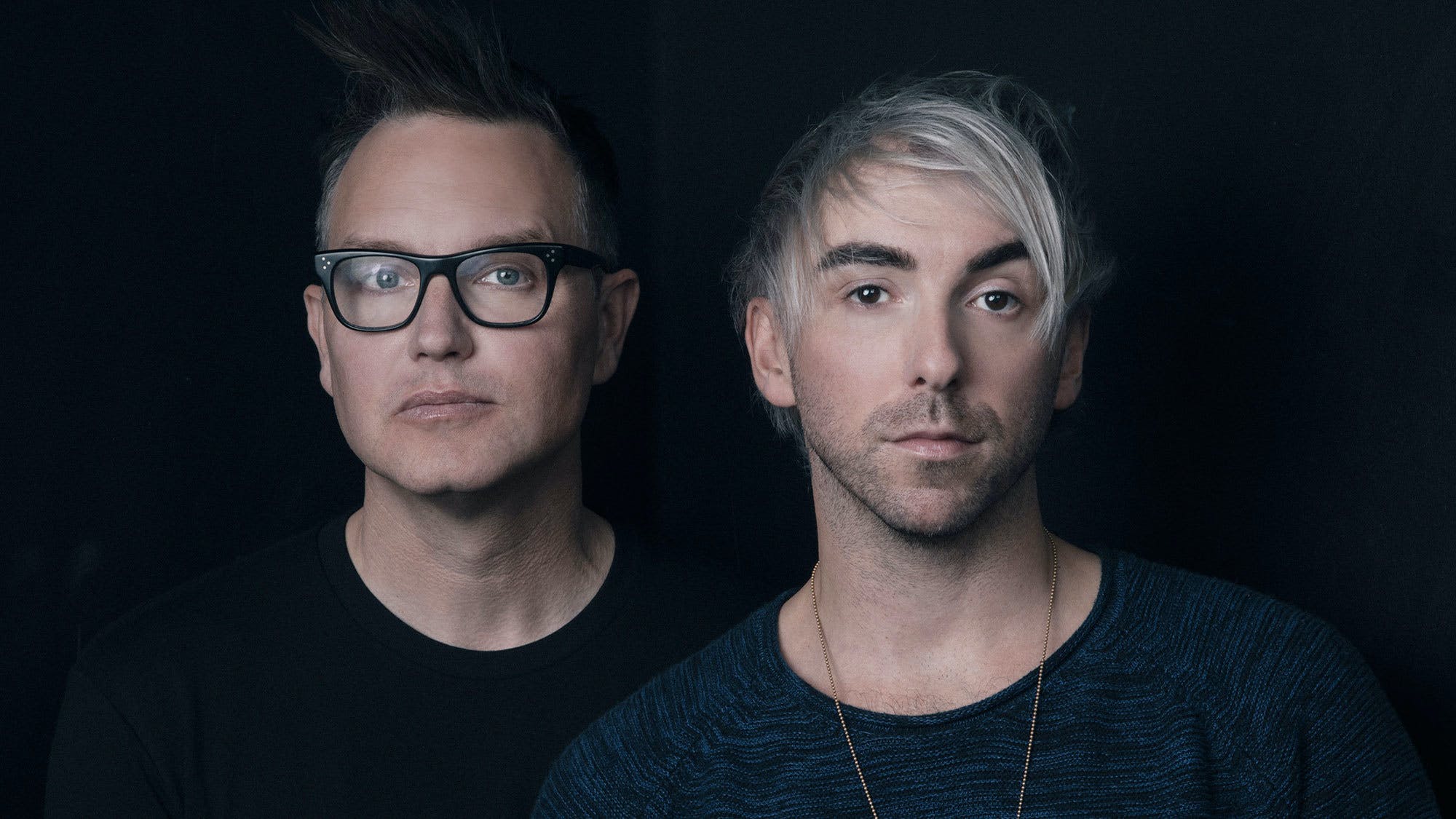 Since the band's inception in January last year, one of the points of Simple Creatures for All Time Low's Alex Gaskarth and blink-182's Mark Hoppus is that it's a project that the pair can come back to whenever they feel like it, with significantly less pressure tied to it than that of their respective day jobs.

And with a whole bunch of free time at home now due to the coronavirus, it looks like Alex and Mark could be thinking about a return to the band, gearing up to start work on the follow-up to last October's Everything Opposite EP – with Alex telling NME: “We’re already working on potential quarantine music while we’re all on lockdown.”

Read this next: How Simple Creatures saved Mark Hoppus' life

Though there's the distance of practically the whole of America between them, the duo can thankfully still work remotely on this new music: “He’s in Idaho – he escaped while he still could – and I’m stuck home in Maryland, so we won’t be doing it in person but we’re sending ideas back and forth and we’re always talking about what the next steps are for Simple Creatures," Alex continues. "It’s in the works.”

The singer/guitarist adds that his other plans for lockdown include looking after the animals on his new farm (if you've seen his social media lately, you'll already know that Alex is having a lovely time hanging out with his goats all day), and just generally staying creative.

“You’ve got to find things to do that are positive when you’re self isolating and quarantining at home,” he says. “It’s not good to do nothing. So my goal is to write songs and connect with people – I’ve even talked to just some random friends who are writers about doing FaceTime calls where we write songs.”

Last year, Kerrang! asked Alex if a full-length album would be released at any point soon – following the two EPs that Simple Creatures have dropped so far.

“I think so, but in this day and age it’s really hard to say," he pondered. "Whenever we write for this project we get into cruise control and a lot of ideas flow naturally – when we wrote for the first EP we had easily an album’s worth of material – so if we sit down and an album comes out of us then that could well be the next phase of the band, but we may also continue with EPs and limited releases, because they’re just as fun.

Read this next: All Time Low albums ranked by Alex Gaskarth

“This project is all about doing what feels right in the moment, and pursuing what we feel passionate about," he continued. "However, there are concrete plans to take this to the next level, when the time is right. We want to continue to play for people and, most importantly, create something that’s fun. What was so notable to me about the shows we played earlier in the year was the positive, house-party atmosphere that comes with performing these songs live; with Simple Creatures, you don’t get the pomp and circumstance that comes with a blink-182 or All Time Low show. People are unsure but ready to go when they see us live, and that pure, raw energy is a great thing to feed off. Every time Mark and I come offstage we’re so enamoured with that feeling – everything about Simple Creatures is so natural. When you’ve been touring for as long as we have, you get settled into a routine. It’s nice that, with Simple Creatures, it feels like we’re in a baby band again.”