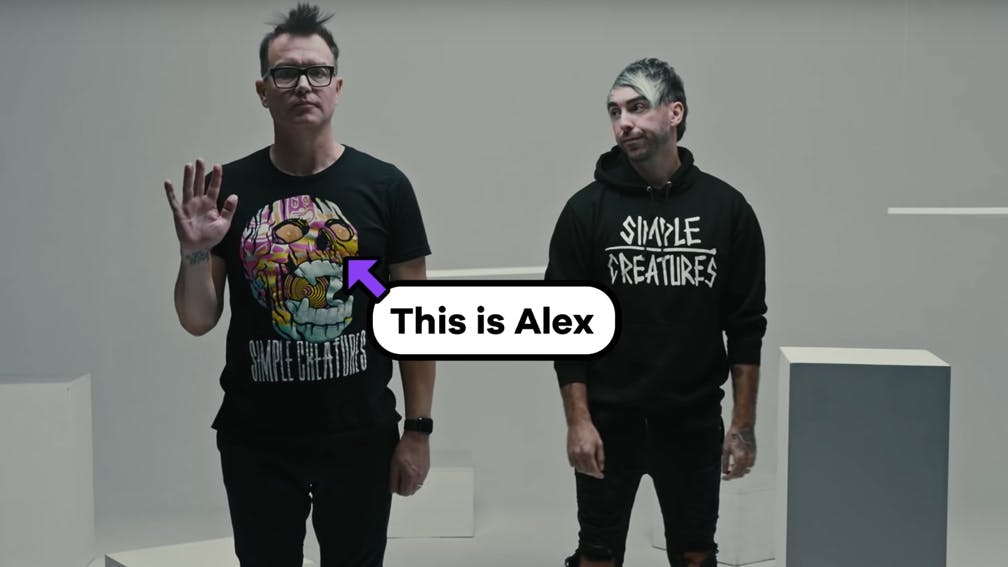 Pop-rock superduo Simple Creatures – the brainchild of All Time Low’s Alex Gaskarth and blink-182’s Mark Hoppus – have just released a suitably confusing video for their single One Little Lie.

The pair will have you questioning absolutely everything in the new clip, as they throw up a bunch of real and fake facts across its three minutes and 15 seconds. From captions such as "The human head weighs 8lb and is still completely empty" (er… false), to, "The first foreign city Simple Creatures played was London" (yup, that's true), you'll have to be super-quick in figuring out when they're telling porkies.

Read this next: How Simple Creatures saved Mark Hoppus' life

One Little Lie is taken from Simple Creatures' Everything Opposite EP, which is out now. We recently asked Alex about what else is to come from the band – and if a full-length album is on the way.

“I think so, but in this day and age it’s really hard to say," he pondered. "Whenever we write for this project we get into cruise control and a lot of ideas flow naturally – when we wrote for the first EP we had easily an album’s worth of material – so if we sit down and an album comes out of us then that could well be the next phase of the band, but we may also continue with EPs and limited releases, because they’re just as fun. Given the nature of music in 2019, there’s always stuff coming at you, and that’s why we split this up the way we did, rather than inundate people with 15 songs from a band they’d never heard of.”

Check out One Little Lie below.