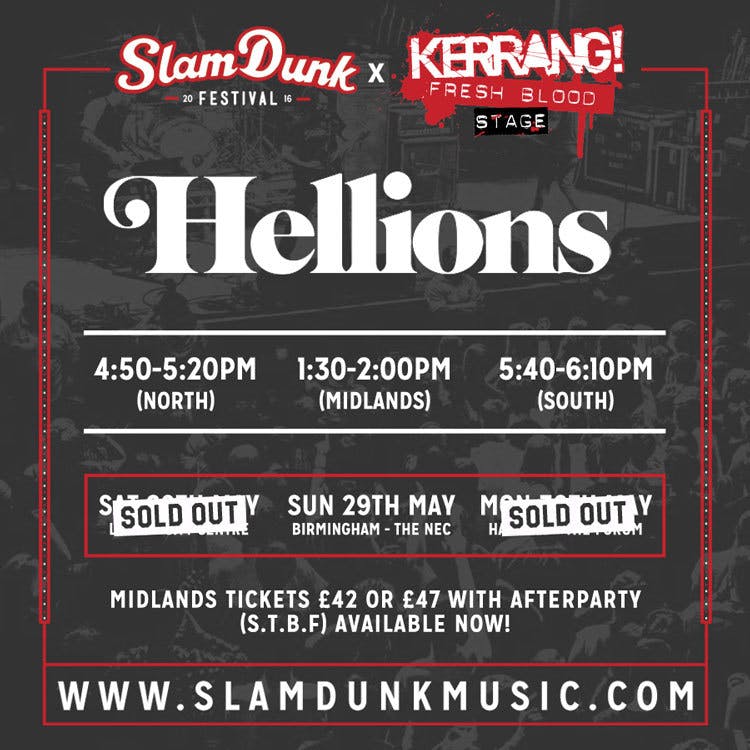 Beautiful Bodies have been forced to cancel their Slam Dunk Festival appearance.

The rockers were set to hit the Kerrang! Fresh Blood stage over the weekend but have confirmed they’re no longer able to make it over. However despite this sad news, Australian hardcore mob Hellions have heroically stepped in to fill their slot at all three dates.

Vocalist Dre Faivre said: “It is an honour to be a last-minute addition to Slam Dunk! We can’t wait.”

Beautiful Bodies posted the following statement on their official Facebook: “We’re afraid to announce that we’ll no longer be heading over to the UK for the Slam Dunk Festivals later this month. We’ve explored all avenues in trying to make it work, but unfortunately we’ve been unable to. We’re really disappointed and apologise to those who were coming to see us.”

Check out the band’s set times below:

Hellions Show Off Their Dance Skills In New Video

“24 deals with the importance of being oneself, detailing the struggles of maintaining grace and patience in times of tumult..."

The hardcore festival has announced four more killer bands to it’s 2016 line-up. Find out who’ll be joining the likes of Hatebreed..