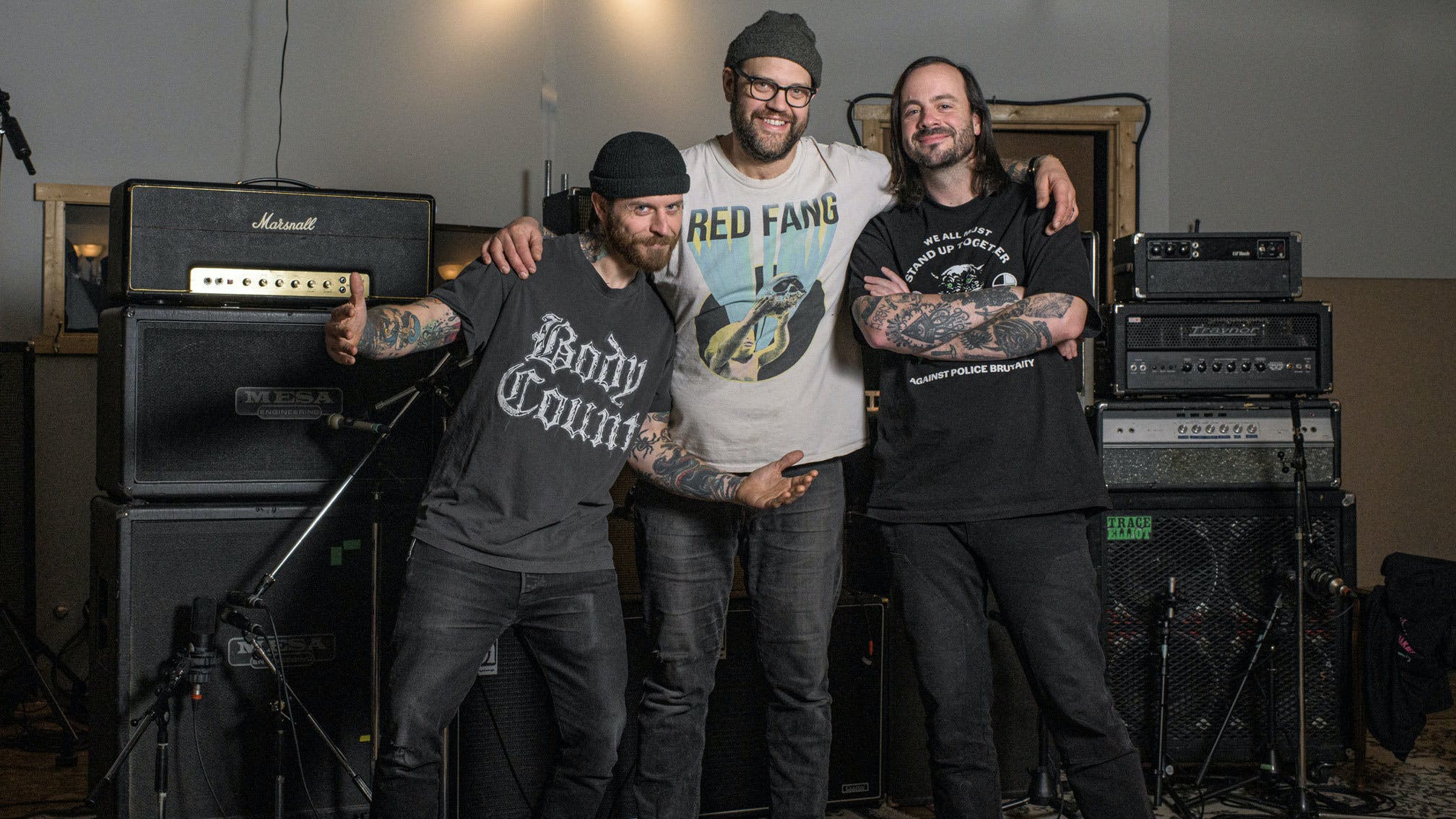 Several months on from founding guitarist Scott Middleton leaving the band, Cancer Bats have announced details of their first album without him: Psychic Jailbreak.

Due out on April 15 via their own Bat Skull Records in partnership with New Damage Records, the Toronto hardcore punk kings admit that they knew album number seven "had to be special" given the line-up change, with vocalist Liam Cormier explaining of the mood going into it: “Our band has never been one sole member tasked with all the writing. Over the last 15 years of releasing albums, it’s been a collaboration of the four of us forming all musical ideas. That being said, we knew that the three remaining Bats would have to prove our worth with this next album.

"We wanted to show Cancer Bats fans that an exciting new future was in store for us. To say the stakes were high on this album, would be an understatement. We were all feeling a mix of excitement and nerves as we began tracking the 11 songs that would form this record.”

He continues: "On the final days, while adding the last bits of 'skateboard noises' and guitar shreds, we were all feeling our confidence levels rise with each playback. This last years’ worth of long hours and many late nights writing, finally coming together as a whole and fully formed effort. We were proud as a band and felt this new offering was worthy to join in the legacy of Cancer Bats albums.”

Watch the video for the title-track below:

And catch Cancer Bats at this year's Slam Dunk Festival: