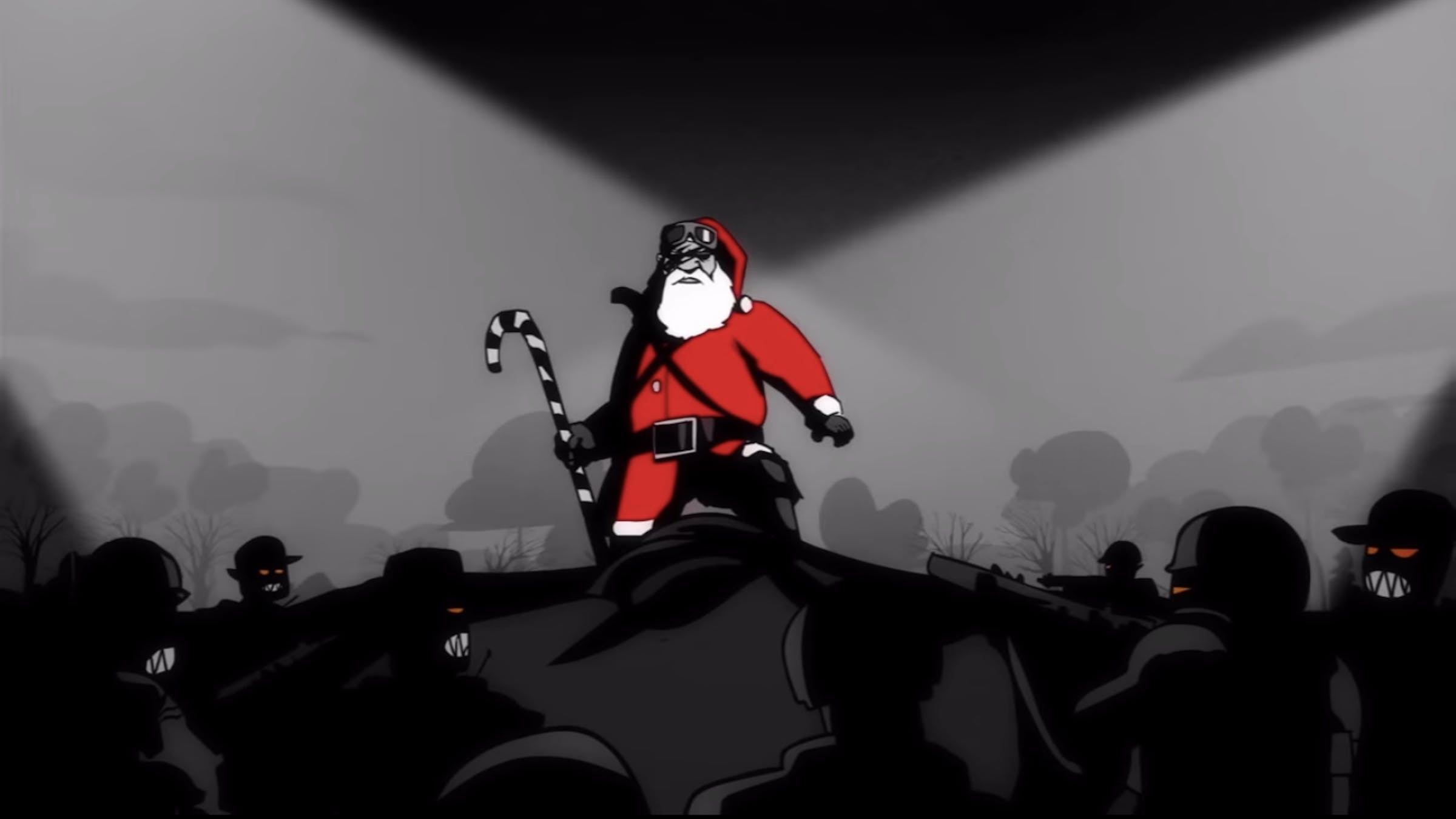 We like to think of Santa Claus as infallible, a figure whose purpose on this earth is looking out for the good guys and punishing the bad (like God, except real). But looking at the modern world we live in, we have to ask ourselves: how are so many naughty little bastards getting what they want for Christmas, while so many nice people are getting the proverbial coal? That's what Coheed And Cambria seek to explore with the animated video for their track Toys, subtitled An Unheavenly Christmas Carol.

The story of Toys begins the way most Christmas stories do: a little boy writes a letter to Santa Claus, asking for his dream gift. Only this little boy is an evil orange fucker we all know, and his dream gift is to be President Of The United States. Due to an act of elven sabotage, this spoiled monster finally gets his wish, ushering the world into, well, today. Finally, it's up to Saint Nick and a black ops team of his best helpers to save the day and make Christmas great again.

Get some holly jolly payback with Toys - An Unheavenly Christmas Carol below:

READ THIS: Coheed And Cambria admit opening for Slipknot was their toughest gig

Coheed And Cambria are already planning 2020 in advance, having recently announced their own cruise festival, called the S.S. Neverender. The fest will feature Thrice, Power Trip, Taking Back Sunday, Polyphia, and more, as well as the usual cruise-born hot tub shenanigans.

That said, the band have to operate with some level of care -- earlier this year, Coheed And Cambria were forced to postpone their European tour dates when drummer Josh Eppard fainted, and had to undergo heart surgery.

"Upon his return home, Josh’s doctors advised him to undergo a procedure called a ‘cardiac ablation’ in the coming weeks," explained the band in a public statement. "This procedure will close an extra pathway’ to Josh’s heart, which has been causing an irregular heartbeat for some time, and is believed to be responsible for the occurrence in FL.

"Due to the necessity of this procedure, Coheed And Cambria will be canceling the rest of our 2019 dates to let Josh get back to full health, so that we can make sure there will be a World for Tomorrow. We apologize from the bottom of our hearts to fans in the Midwest and those in Australia, as well as the organizers of these shows. We feel strongly that an abundance of caution is the best move for Josh and for the band at this time. Let there be no confusion, we will be back bigger and stronger in 2020, and are already planning big announcements on the horizon.

"If you want to follow Josh on this journey, he will surely be documenting it on his socials @weerd_science."

Everyone at Kerrang! wishes Josh and the whole Coheed team a merry Christmas.

READ THIS: Inside Coheed And Cambria's new beer with Coney Island Brewing