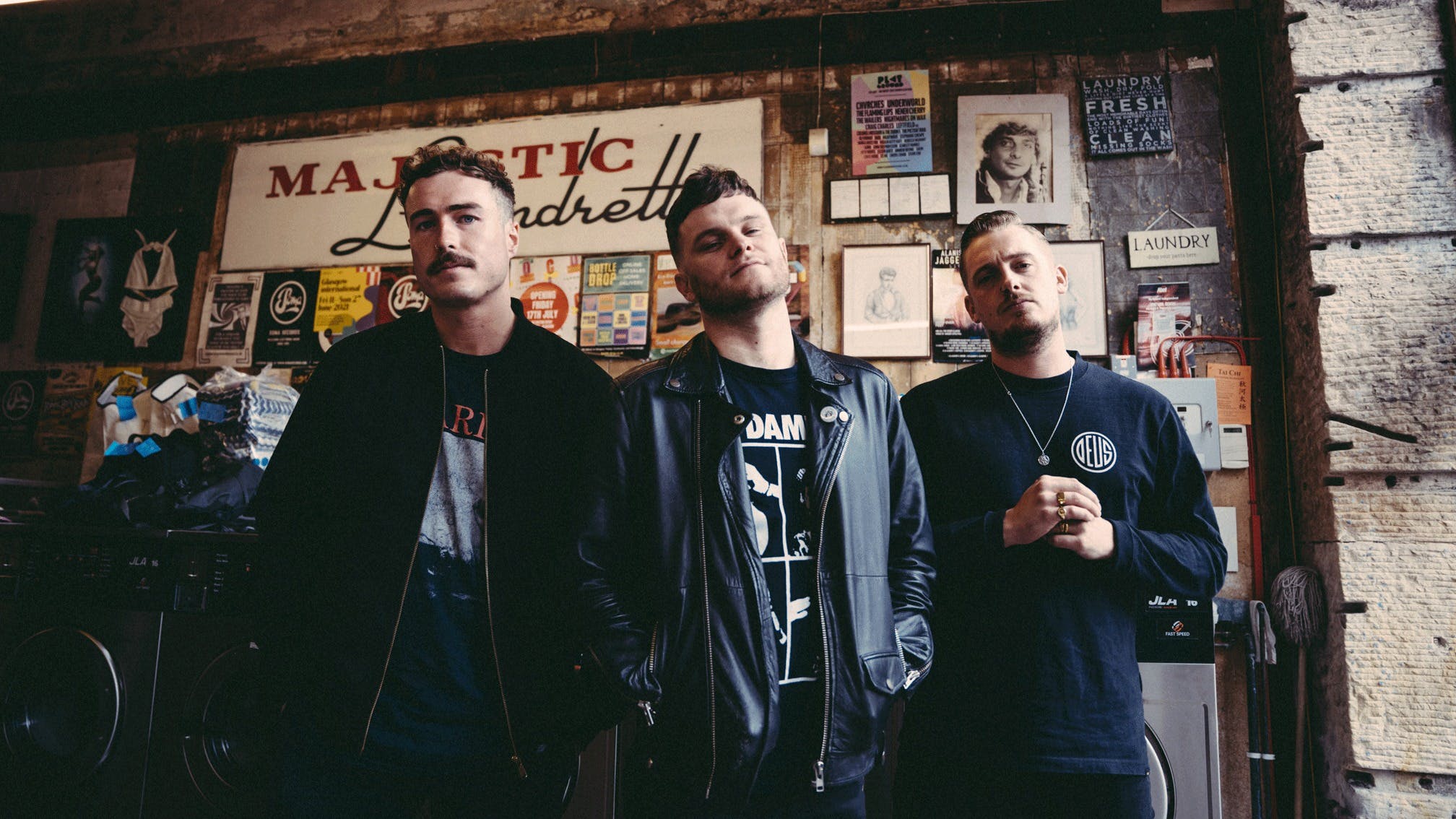 It would be easy to wax lyrical about how far Cold Years have come since the Scottish band formed in Aberdeen back in 2014. But nothing is quite as telling as the smile that crosses frontman Ross Gordon’s just as the interview for this feature begins – when he gets a text from Laura Jane Grace. Against Me! are one of his biggest influences, and now their singer is messaging him because Cold Years have just been announced as support for her on a three-week European tour. She’s not the only one, either. Before the pandemic, Dave Hause took them out on the road, and there’s another, as yet unannounced, tour with one of their main inspirations in the works.

“This is like a dream come true,” beams Ross. “I grew up listening to Against Me! And it’s a really cool thing when you’re in a band and you get offered the opportunity to open up for someone who’s inspired you to write, and someone who really got you into punk rock in the first place. All these artists that we’re talking to, they’ve all played a part in our lives and all their songs have been there for us when we needed them. It's an incredible position to be in, and we’re really grateful to be there.”

There’s a very good reason that Cold Years are in this position. Channeling the visions of their heroes – the kind of widescreen dreams inspired by towns that only seem to drag you down, instead of setting you free – they’ve made escapist anthems their very own. That was true of 2020 debut album, Paradise, as well as the smattering of EPs that preceded it on which the band – now completed by guitarist Finlay Urquhart, bassist Louis Craighead and brand-new drummer Jimmy Taylor – were honing their sound, but it’s especially true of the 12 songs that make up second record Goodbye To Misery. It’s an album that took those dreams that were woven into all the songs that preceded it and turned them into both a musical and a physical reality. You see, Goodbye To Misery is about that timeless trope of leaving the past behind and swapping it for somewhere new, but it’s also a literal record of Ross doing exactly that. The frontman recently left his hometown of Aberdeen for the dizzy (or perhaps drizzly) skies of Glasgow. He did so, of course, for love.

“On the press for the last record I was really critical of Aberdeen,” he admits, “but my mindset of that has changed. I’ve just outgrown it. I realised I’d been in the same place my whole life. I’ve never moved anywhere. But I met this girl just before lockdown who I’d known for 12 years. She was actually at my fucking wedding before I got divorced. We’ve been friends a long time, we have this mutual love of music and she lived in Glasgow. So for the first few months of the pandemic, we were long-distance, and then eventually I thought, ‘Fuck it. You’re going to be the one person that's going to make me move.’ Because home is not a place. It’s an idea.”

That sense of adventure and hopeless romanticism – rare qualities, on the whole, in British bands – shoots through the entirety of Goodbye To Misery. Recorded before Jimmy joined on drums, the album actually features Static Dress’ Sam Ogden behind the kit, and sees the band expand their sound more than ever before. Indeed, while they’ve been classed as “blue collar rock’n’roll” before (and there’s an element of truth there), Paradise demonstrated there was much more to Cold Years – and now Goodbye To Misery doubles down on that. Not that Ross sees it as a sudden shift in direction or sound. Rather, it’s the destination they’ve always been heading towards – a band who aren’t afraid to be themselves, who aren’t afraid to cover a Lizzo single, who aren’t afraid to push the boundaries of their sound. And while you can hear strains of Against Me! and Dave Hause, The Gaslight Anthem and Hot Water Music, within the fabric of these songs, there’s also shades of latter-day Green Day and My Chemical Romance in there. At the same time, though, these songs are very much their own.

“I think that you’re constrained when you play in a band like ours because people expect you to release the same album again,” Ross considers. “I was brought up on punk rock music and Bruce Springsteen, and those are the things that I love. But I remember we demoed [album opener] 32 and we all looked at each other and just thought, ‘There’s a fuckin’ 180 bpm part of this song, and it has octaves in it, and it sounds completely different to anything else we’ve done!’ It was so liberating to just say, ‘I’m going to write punk rock songs and I’m going to wear that on my sleeve.’ And I think just we finally wrote the record we wanted and needed to write.”

That’s true both musically and lyrically. While it’s awash with those heady daydreams – as well as the distance between them and the gritty reality in which they were formed – there’s also politics here. Following on from Paradise’s anti-Brexit anthem, 62 (My Generation’s Falling Apart) – 62 is the percentage of Scots who voted against Brexit – Goodbye To Misery contains an even more damning tune in the form of the snarling, rumbling Britain Is Dead. Of course, those politics are linked to the overall theme of the album, honing in on exactly what these songs are escaping from. It’s an unfiltered expression and explosion of frustration and wild-eyed desire that the frontman hopes – like the bands that inspired him – will offer some solace to those who need it.

“I want people to listen to it and have some hope and comfort,” he says. “Music to me is a tremendous comfort, and I hope people can listen to this record and enjoy it and find some comfort there and use it. Because I’m eternally grateful for the bands that I adore, because they helped me through some of the darkest and some of the happiest points of my life. I’d love us to become someone's memory like that.”

In other words, it’s an album that sounds just like home.

Goodbye To Misery is due out on April 22 via Inside Job / MNRK.