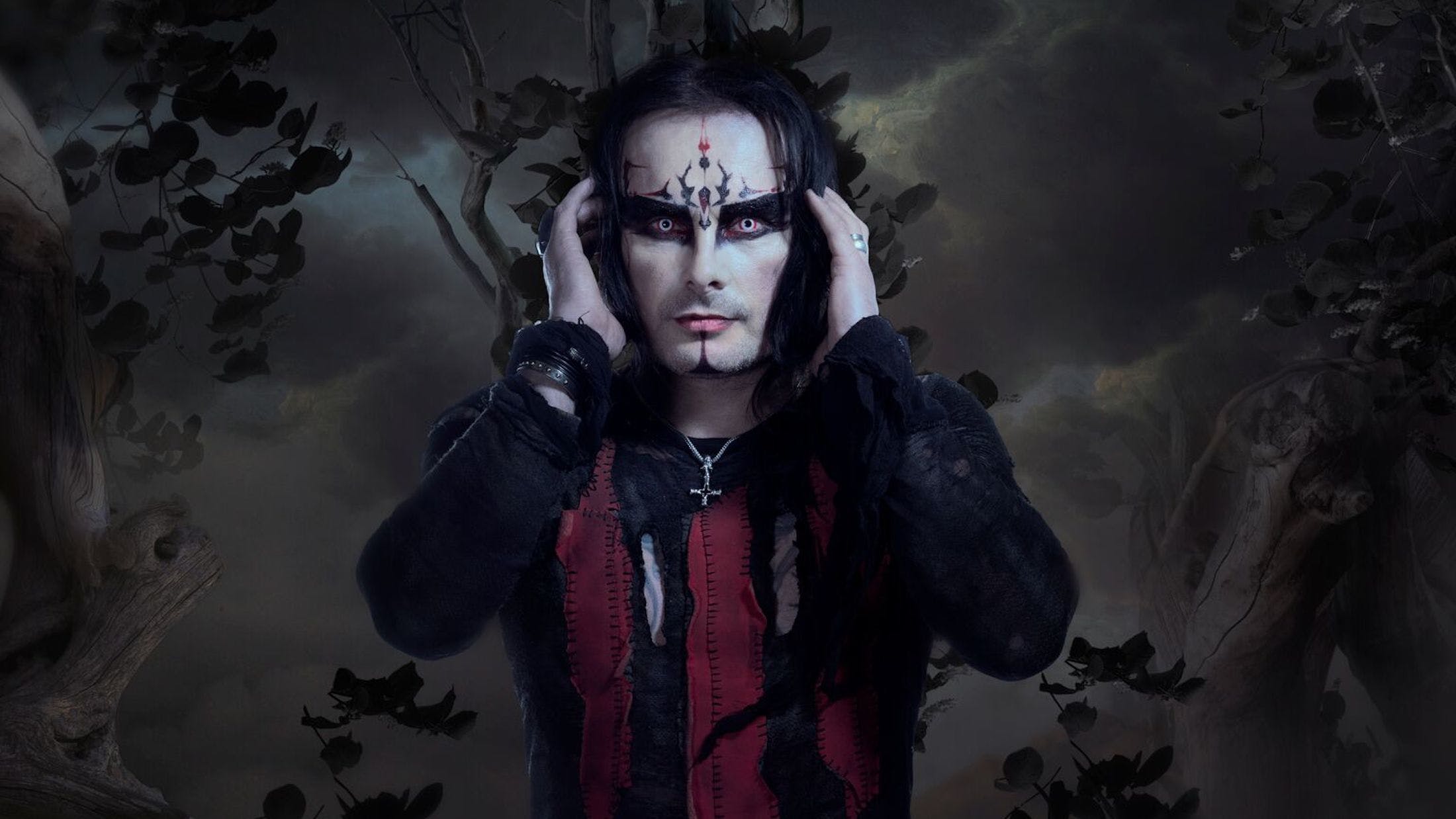 In 1998, Cradle Of Filth appeared in a BBC documentary called Living With The Enemy, which put people with diametrically opposed ideologies together.

The BBC said at the time: “Cradle of Filth are a cult ‘black metal’ band. With their make-up, loud music and ugly lyrics, they are a parent's worst nightmare. Janet Robinson is a mother from Yorkshire, whose teenage son idolises the band. Janet and her daughter spend a week on tour with the band.”

Or, as Janet herself puts it during the show: “It’s the Devil’s work and no good will come of it.”

20 years on we caught up with Cradle Of Filth frontman Dani Filth to find out what he remembered about the documentary...

How did you get involved in the documentary?
We had a really amazing press guy called Doug, who got us every cover known to man. It’s 20 years on, but it sounds like something he’d do off the wall. The whole thing was off the wall. I’ve never even watched it.

Really? Did you purposely avoid it?
Oh yes. I remember it being on. My whole family was gathered and I thought, ‘I can’t watch this, I’m literally too embarrassed.' I never watched myself on Never Mind The Buzzcocks either or anything like that.

Did you ever see the Cradle OF Filth bit in The IT Crowd?
Yeah, but I wasn’t in that. The day that happened someone emailed and said, ‘Oh, you get a mention on this thing tonight’. We flipped it on and it was hilarious. Absolutely amazing.

Back to Living With The Enemy, were you wary that you might get stitched up or come off badly?
Well, we’re not really staunch black metal zealots. To be fair we really didn’t give a fuck, it was more a case of, ‘Yeah, whatever.’ I’m doing this thing now with (former Gorgoroth bassist) King ov Hell. He’s a big black metal icon but I call him King of Hello. We’re doing a TV series called Take Me To Your Leader, which is completely stupid. We did it for a laugh and both our record companies went, ‘No, it makes two evil guys look not evil enough’. We were like, ‘What the hell are you talking about?’ It was the same thing with Living With The Enemy… we knew we were going to be ridiculed but we just thought, ‘Why not?’

The first meeting with the mum looked incredibly awkward. What do you remember about it?
It’s a long time ago, but the main thing I remember is the end of these few days. We were in Dublin and we all went out for a drink afterwards. By that point we were already all friends and they were going, ‘Cool, yeah, it’s like a holiday.’ I think they still had to pretend to the camera, ‘Oh yeah, it’s so awful.’

Were they genuinely fearful when they first met you though?
It was maybe a bit untoward when they first came in but it quickly changed. Maybe a day or two later they realised, ‘Oh, these people are all right.’

Did they realise that you weren’t the bunny-sacrificing devil worshippers they thought you were?
To be fair, we were at the end of a long tour and we were tired and we didn’t give a fuck. I think they realised we were just people doing what we loved.

The infamous ‘Jesus Is A C--t’ t-shirt figured prominently in the documentary. Were you deliberately pushing people’s buttons at that time?
Not really. I was just doing what I do, doing what I love. I just came back from LA and I spent a lot of time in the Rainbow Bar, strangely enough. I met a lot of really famous people and they’re all of the same mindset. They’re just like, ‘I just want to hang around in my own time and not pander to anyone.’ It’s a consequence of being in the band. Sorry, I’m rabbiting because I’ve been to the dentist and I still haven’t got the gist of my new teeth!

Rabbit away, sir. In the show, drummer Nick Barker said he had to wear the shirt inside out when he went to his mum’s house…
Yeah, then about two months later he got arrested for wearing it in Dover. There was also a time we got accosted by armed police at the Vatican. We’re very lucky not to be rotting in a prison cell now because the Vatican has laws unto itself. We had machine guns pointed at us and we were pretty scared at that point. They let us go basically because we were playing in Italy and they thought there might have been a riot if we didn’t show up.

Cradle Of Filth's notorious 'Jesus Is A C--t' shirt

What did your own parents make of Cradle Of Filth and all the surrounding controversy?
They love it. I mean, my mum’s in love with Tom Araya. My dad was a reggae collector and the whole loft was filled with records. Guys would come to the house with funny-smelling cigarettes. They’re cool with it.

Now you’re a dad, would you have been happy with your daughter wearing a similar T-shirt when she was younger?
The sentiment, absolutely. The words, no. I’ve never changed my position in life. I like upsetting a lot of people but I don’t like upsetting children. Most people tell me I haven’t grown up, ‘You spend all your money on this weird shit, you live in a fairyland.’ That’s me. So adults, fuck ‘em. They’ve already made their decisions and gone down the wrong path half the time. Children are confused enough and don’t need to be talked to like that. They should be left to make their own minds up about things.

Do you remember the show have a big impact at the time?
Everyone watched it because there was nothing else to watch. There was no Netflix, not everyone even had Sky. There were only five channels. It was also a time when everyone’s focus had just gone off Norway. And we’re like, ‘Hello, we’re still here.’ It was a big year for the band.

Did you get any backlash from the fans for coming across as fairly normal?
Well, I don’t really do normality. My house is not normal, nothing in my life is normal. It would make a TV programme in itself but we try to come across like that with other people. You have to live in the real world every now and then. There’s only so much you can do on tour because it’s like a travelling circus. I think we just tried to be a bit open and we were just open enough.

Cradle Of Filth’s latest album, Cryptoriana – The Seductiveness Of Decay, is out now via Nuclear Blast, available HERE. They will be playing Bloodstock Festival in August 2019.

Cradle Of Filth have replaced Dimmu Borgir on the Bloodstock 2021 bill, with the festival also making some new additions.