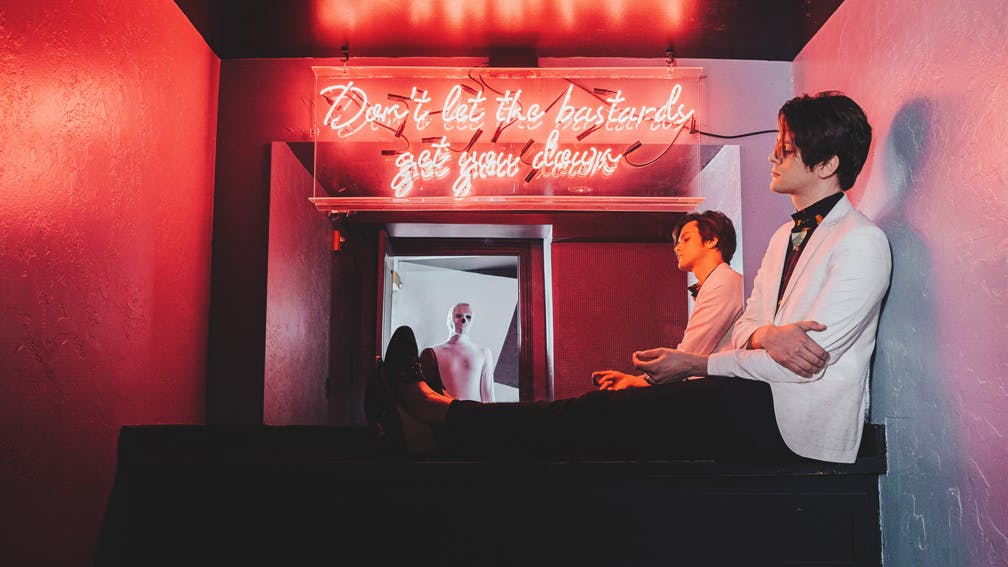 For all of iDKHOW's successes in 2019, it's amazing to think that the duo – Dallon Weekes and Ryan Seaman – are still yet to release a debut album.

That should hopefully change going into 2020, though, with frontman telling Kerrang! that it's good to go, and that the band are essentially just waiting until they're told that they can head into the studio.

“Well, the thing is written and ready to go," he explains in the latest issue of the magazine. "We were just waiting to get the green light to go and get it officially recorded. As far as I know at this point, that’s all going to happen in January. I’m keeping my fingers crossed, but whenever we do get started, it’s not going to take long to get finished. I don’t know if you can be over-prepared in this sort of situation, but we’re definitely ready to go at a moment’s notice. That was one hundred per cent my focus this year. It’s all been about getting things down on a record that we can finally present to the world. That’s the goal I’ve been working towards for well over a year now.”

When asked what he's most looking forward to about 2020, unsurprisingly his focus on new music: “Finally getting the record done is top of my list," Dallon enthuses. "It’s going to be a whole new chapter for iDKHOW. I can’t wait!”

Read this next: 12 signs that rock will dominate music in 2020

Last summer, the musician revealed to Kerrang! the lyrical inspiration that he'd be using when it comes to iDKHOW's highly-anticipated debut, explaining that his "distaste for all things Los Angeles" is an influence.

"I lived there for eight or nine years and it’s just not my kind of town,” he admitted. “There are things I do like about it, but the entertainment and business culture is not one of them. The way that people treat each other is just not for me. You can expect some of the songs to be about that – I’ve already written a few, but I got a lot more to say about it. What else? Missing my family a lot on the road. That’s another one.”

Dallon's full interview is available to read in the new issue of Kerrang!, which you can get anywhere in the world through Kerrang.Newsstand.co.uk. Or, if you live in the UK, you can grab it now from all good newsagents.

Read this next: The 21 hottest live bands on earth right now