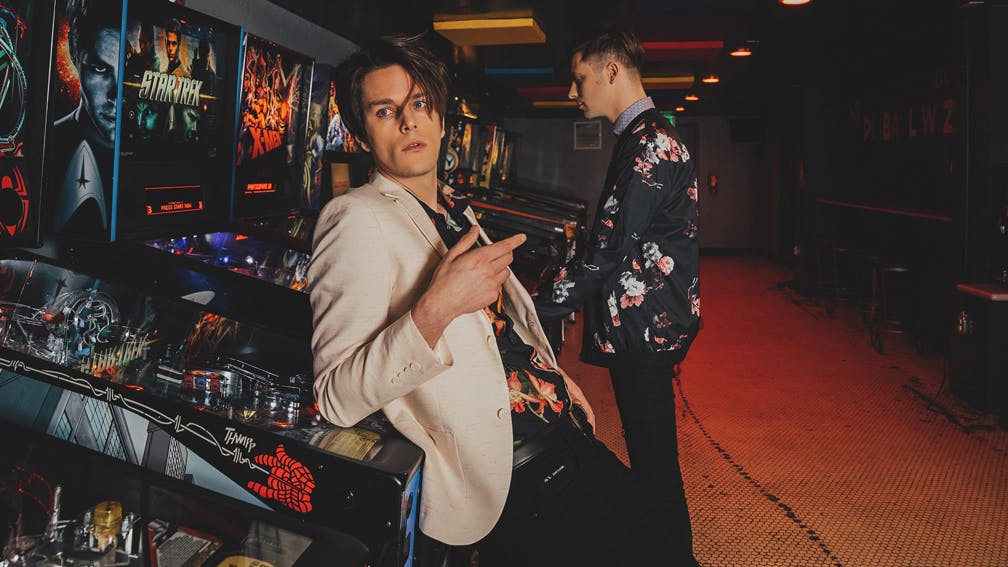 Dallon Weekes – frontman of I Don’t Know How But They Found Me, aka iDKHOW – has unveiled to Kerrang! new details regarding the band's highly-anticipated debut album, revealing what's been going on in his life that he'll be using as lyrical inspiration.

“Probably my distaste for all things Los Angeles – I lived there for eight or nine years and it’s just not my kind of town,” he says in a huge new interview in this week's issue of the magazine. “There are things I do like about it, but the entertainment and business culture is not one of them. The way that people treat each other is just not for me. You can expect some of the songs to be about that – I’ve already written a few, but I got a lot more to say about it. What else? Missing my family a lot on the road. That’s another one.”

Musically it's even more fascinating, with Dallon explaining that he's been taking inspiration from “a lot by a few accounts on Instagram that are all about analogue synthesisers and tape looping – I’ve been really inspired by one in particular called Blank Forms, a really talented guy, he mixes ambient/analogue synth stuff on tape loops, then just mangles the tapes to smithereens and it makes for really interesting music.”

But if you're hoping to hear the results of Dallon's latest work sooner rather than later? Well, it's not been recorded just yet.

“I’ve been collecting ideas and have an album’s worth of them, and we’re just waiting for the powers that be to give us the okay to officially go and record everything," the musician says. “Because I can do as much as I want at my kitchen table at home, but I only know so much, eventually we have to take these ideas to someone who knows what they’re doing behind the console and help us get them recorded officially.”

Pick up the new issue of Kerrang! for our full chat with Dallon on all things iDKHOW.

Catch iDKHOW live at London's Electric Ballroom on August 22 (get your tickets now), before they then go on to play the main stage (!!!) at Reading & Leeds.

Grab your tickets for Reading Festival at this link, and Leeds Festival right here.