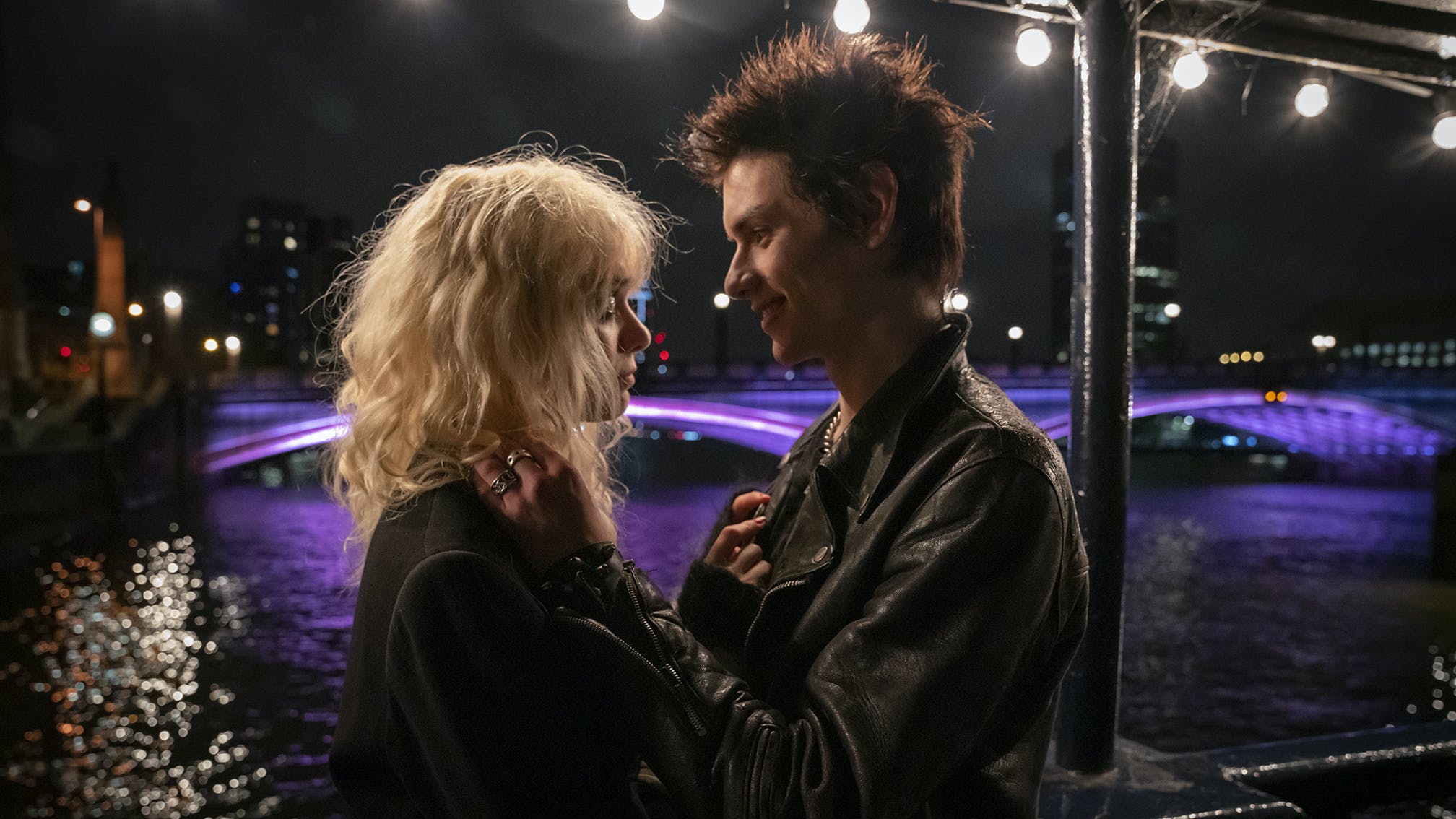 When he set out to make Pistol, his rollickingly entertaining dramatic retelling of the life of legendary punk outfit the Sex Pistols, Danny Boyle had a couple of red lines.

Firstly, he had to be able to use the ’70s band’s music. If the Oscar-winning director didn’t have permission to recreate onscreen God Save The Queen, Anarchy In The UK, Pretty Vacant and their argy-bargy like, Danny’s TV series would be toothless and fundamentally pointless. Remember Stardust, that Bowie biopic from last year, in which Johnny Flynn played the artist but couldn’t play his music? Exactly.

But John Lydon, the artist formerly known as frontman Johnny Rotten, said no. Of course he did. He wouldn’t be a proper punk if he rolled over and said yes to the four-piece’s music being used in a big-budget, six-part TV adaptation of their story – especially one being made for Disney+.

Unfortunately for him, the surviving Pistols – guitarist Steve Jones (whose memoir, Lonely Boy, is the basis for the series); drummer Paul Cook; and original bass player Glen Matlock, who was replaced by Sid Vicious, who died of a heroin overdose in 1979 – had a majority-rules agreement.

After John was outvoted by his more agreeable (in every sense) bandmates, and a court case upheld the legal validity of that decision, it was game over.

“Poor old Johnny Rotten is the victim of Mickey Mouse,” the singer lamented last summer. Then, last week, after Pistol’s London premiere, John got stuck back in. “Danny Boyle is a monstrosity,” he was reported as saying of the director of Trainspotting, 28 Days Later, 127 Hours and Slumdog Millionaire (winner of just the eight Oscars). “The legacy of the Sex Pistols has faeces in it.”

The man himself is undaunted, unabashed and, actually, admiring of John’s contrarian stance. As someone who was a 21-year-old student when the Sex Pistols’ landmark 1977 debut album Never Mind The Bollocks… was released, the 65-year-old is a lifelong punk fan who grew up with the music (although he’s more of a Clash man).

“I know he hates us for it but it doesn’t really matter,” the director says sanguinely of John. “They’re all talented and really important in what they achieved [as musicians], but he is unique. In a time where we’re losing true originals because everything’s copied and digitised, he is one of the originals, truly, in our lifetime. I keep saying it’s a bit like having known Oscar Wilde or somebody like that. You’ve got to hold your hand up [and acknowledge that talent].”

The existence of the Sex Pistols was a thrilling, nation-quaking ride, engineered by their manager and provocateur extraordinaire, the late Malcom McLaren. Their “motto”, such as it was? “Get pissed. Destroy.”

But the band’s life was also nasty, brutish and short, ending in the double deaths of Sid Vicious and his girlfriend Nancy Spungen (21 and 20 respectively), with the musician the suspect in the killing, by stabbing, of Nancy. Danny Boyle needed to bottle all of that. And to better achieve that, he needed his young actors to become an actual band – playing actual instruments. And playing them live, in front of the cameras. Which is definitely not standard operating procedure for music on screen…

“I spoke to Rick [Smith] and Karl [Hyde] from Underworld,” he says of the electronic duo who are his long-time musical wingmen (they were crucial to his acclaimed Opening Ceremony for the London 2012 Olympics). “And I said: ‘We’ve got to do this live, because the Sex Pistols were amazing live.’

“There’s a myth that they couldn’t play, which is trundled along by Malcolm and is very useful for their provocative reputation. But people who actually saw them live [knew differently]. I didn’t see them until [the reunion in] ’96, but even then, I was shocked at how good they were. They were brilliant!”

So, his Pistols had to actually play and sing live, no miming, for take after take – and play along without a click track, which would ordinarily provide a framework or template for editing together those takes. As Danny puts it: “Filming was not allowed to dictate, ‘Right, we’re going to do 16 bars here’ and all that bollocks. Every number they played, they played all the way through.”

Credibility was key, even if it meant that filming the gig scenes was even more arduous. “The live performance feeling of it, the creation of the music and the feeling of it belonging to these lads that we’d cast, was absolutely critical to us.”

When I interviewed Louis Partridge, who plays Sid Vicious, for Kerrang!’s sister magazine THE FACE, he told me how the filmmakers ensured he and Anson Boon (John), Toby Wallace (Steve) and Jacob Slater (Paul) had plenty of time to learn to play their actual instruments.

“We were lucky enough to work with Underworld and a load of [other] teachers,” said the 18-year-old South Londoner. “So I had bass lessons for about two months. We'd have this band camp thing where we learnt music in the morning, then we'd go off, do our separate [parts], come together, then mess it up, make it reggae, just fuck around basically. You can imagine how much fun we had.

“And then in the afternoon we'd rehearse scenes. So it was brilliant. And go out in the evening! It was great. It really helped us. As well as music and acting, it was just fusing us as a group of people.”

That, again, was pivotal for Danny Boyle.

“It’s one thing learning instruments. It’s a completely different thing being in a band. So Rick taught them how to be a band, and opened up to them about how you become a band. It’s this mysterious thing that connects them all. Rick calls it the liquid architecture of our lives. I love that phrase.”

For Louis, it all helped him connect with the role of Sid Vicious, a man who died 24 years before the actor was born. And, in turn, he hopes that that will help a new generation – his generation – engage with the music of the Sex Pistols, and the cultural impact (you could say “havoc”) that they wrought.

“I'd like it to challenge what people know, or what they think they know,” he told me of this band in which he’d thoroughly immersed all of himself. “There are people behind the outrageous characters or caricatures. I don't think a lot of people know how young Nancy and Sid were when they died. But they were real people.”

Equally, the actor would love it if his peers could recognise the brilliance of the Pistols’ music, not to mention their balls-out, disruptive, adversarial attitude. The one for which John Lydon, to his credit, still flies the flag today.

“Just to have that bravery to say ‘fuck it’, and to break the mould in that way, is kind of amazing for a bunch of young kids to do,” marvelled Louis. “I'd also love to see a spike in Sex Pistols Spotify streams,” he added with a grin. “That would be pretty amazing!”

Pistol premieres on Disney+ and Hulu on May 31.