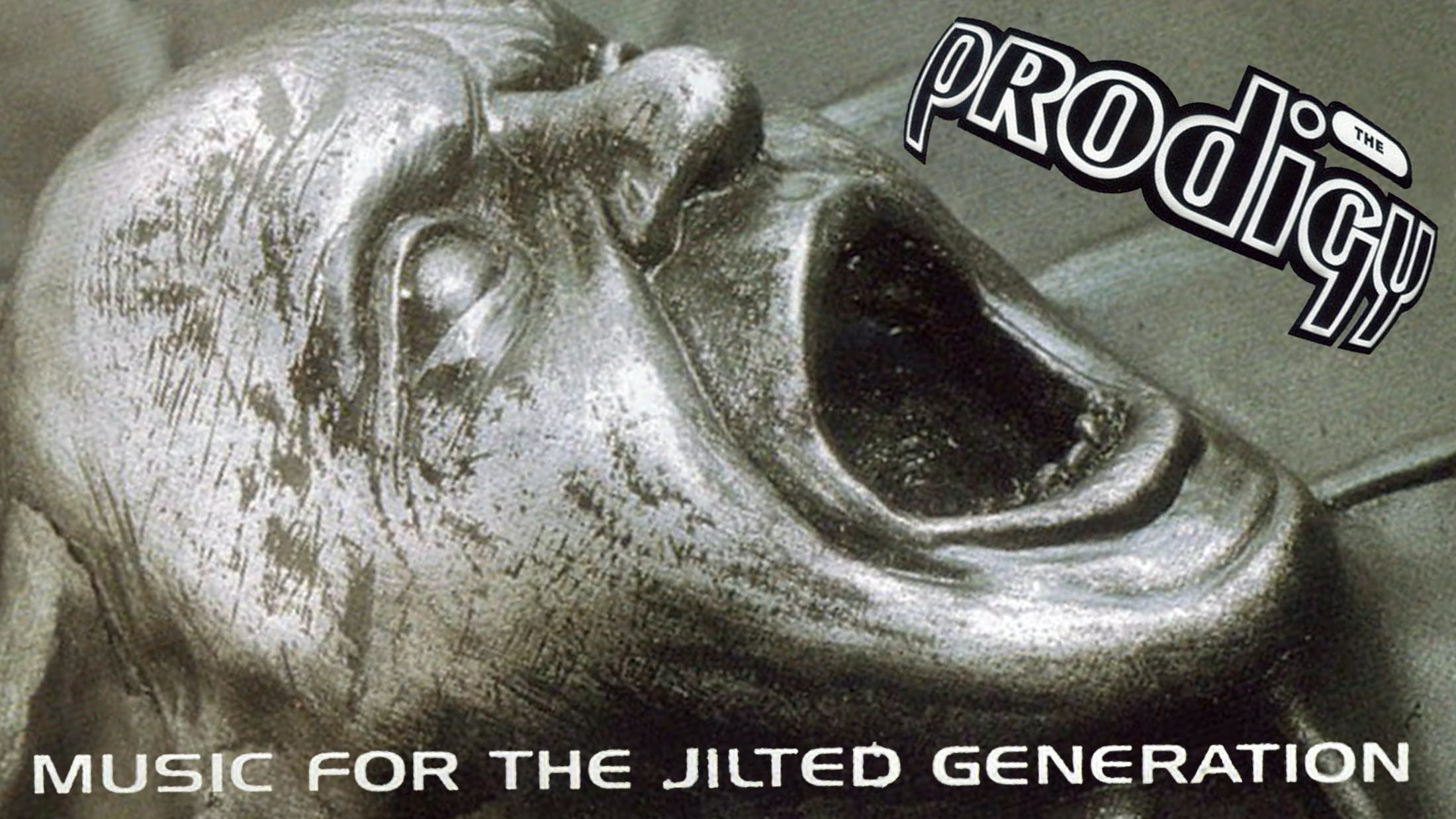 ‘So, I've decided to take my work back underground, to stop it falling into the wrong hands.’

And so begins one of the most important albums in rock'n'roll history. Which is strange, because it's not a rock'n'roll album, and certainly not a rock album. Hell, it's not even the best album by the band in question – who could barely be considered a band at the time, at least in any traditional sense – but, nonetheless, it is in every way, a landmark record. And it rocks!

Of course, revisionist history will suggest that we all knew that when it came out, on July 4, 1994, but in reality, we didn't have a clue. Not the faintest. Indeed, The Prodigy's second album, Music For The Jilted Generation, emerged from so far out of the left-field that we didn't even see it coming. At least, not on the rock scene. The album debuted at Number One in the UK charts, but The Prodigy weren't even on our radar then. If anything, they were considered the enemy. Anyone who tells you otherwise is, quite frankly, talking out of their arse.

Perhaps we should explain... Or try to explain.

Rock music, you see, was pretty damn healthy in 1994, but it was evolving, as it always has. Around the mid '80s the barriers between punk and metal came down, and thrash was born. Crossover, whatever the hell you want to call it. Two tribes that had previously been enemies in a very literal sense had come together, and by the '90s more barriers were falling. The unthinkable was becoming, well, thinkable. This is especially true of the Judgment Night soundtrack of 1993, which saw such improbable collaborations as Slayer and Ice-T, Biohazard and Onyx, Faith No More and Boo-Ya T.R.I.B.E, Pearl Jam and Cypress Hill, metal and hip-hop colliding in the most unlikely ways, to result in something that was undeniably brilliant. Opening doors that were impossible to close again.

And then there was the dance/techno scene waaay off over there in a field of its own, perhaps best summed up by the cartoon in Viz magazine of Ravey Davey dancing around a car alarm. Granted, the field in which they resided was the cause of national headlines and moral outrage due to illegal raves, which ultimately led to the so-called Criminal Justice and Public Order Act of 1994, a knee-jerk reaction that prohibited such gatherings, restricting – among other things – the right to freedom of assembly, with bizarre references to 'repetitive beats'. But while this was a concern to any right-minded rock fan, the music was not.

The Prodigy, meanwhile, were massive on the dance scene. Their 1992 debut album Experience, is considered a classic of the genre, but songwriter Liam Howlett, having conquered that scene, was growing bored with it and looking for fresh challenges. Due to the eclectic nature of European festivals, they had shared stages with the likes of Rage Against The Machine, Suicidal Tendencies, and Biohazard, and they wanted some of that energy. As MC Maxim Reality put it, “We're used to parties where kids get carried over the barrier now and again, but suddenly there's a sea of people jumping around and stage diving! It was unbelievable!”

So began the change to a heavier sound, Howlett sampling rock guitars and recruiting guitarist Jim Davies, a Pantera fanatic who would beef up the live sound on tracks like Voodoo People and Their Law. But still the rock world was clueless. Maybe a handful of rock fans – literally a handful – were aware that something cool was going on, but to the rest The Prodigy were assumed to be little more than a joke, if we're completely honest.

That The Prodigy somehow ended up being championed by Kerrang! was almost entirely accidental. In June '95, a full year after the release of Jilted Generation, I went to Glastonbury festival pretty much on a whim. It was hot and sunny that year. Skunk Anansie and the Black Crowes were playing... it seemed like a good idea at the time. By Friday night, having imbibed a few substances, my friends and I were in party mode. A couple of them wanted to check out The Prodigy and I didn't want to watch Oasis, so I went along with them. What I witnessed for the next hour was utterly mind-blowing!

“Who came here to rock?” demanded Maxim. Well, 'I did,' I thought, 'But it's not going to happen with you lot.' Oh how little I knew. And then this punk rock nutter, later known to all of us as the late and very great Keith Flint, came charging across the stage in a hamster ball, the band kicked into Break And Enter, and the place went fucking nuts! By Monday morning I was demanding that we put them in Kerrang!.

In hindsight, The Prodigy were still very much a dance band, yet to make the full transition to rock, and Jilted Generation is a dance album, albeit a very good one, with just a couple of rock tracks. It's no wonder we got death threats for covering them. But, also in hindsight, there are elements here that are not too far from the trance vibe of Hawkwind, and, in some ways, it was inevitable that the energy of dance music would eventually seep into the rock scene. Killing Joke had flirted with dance beats on the Pandemonium album of '94 and they were not alone. The big difference was that the Prodigy had the audacity to do it the other way around and to do so entirely on their own terms.

“I don't look at the music as techno, anyway,” said Howlett at the time. “It's Prodigy music, 'cause we don't limit ourselves.”

Over 25 years later, Music For the Jilted Generation is still groundbreaking and The Prodigy remain one of a kind.