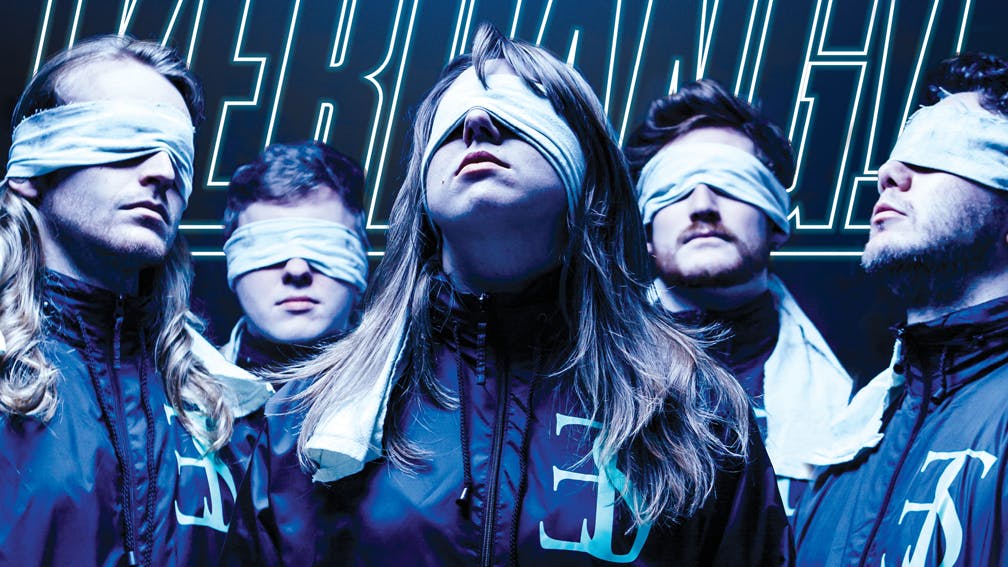 In a world dominated by social media, it’s easier than ever to feel disconnected, even when you’re sharing with thousands. It’s a false reality Employed To Serve are trying to expose. With the release of Eternal Forward Motion, the Brit metal quintet want to help you open your eyes to see what’s really there, and remember what’s really important…

Plus, to tide yourself over until the release of their brilliant new album, you can redecorate your home with a killer Employed To Serve art print!

Elsewhere in the mag: Geezer Butler talks Black Sabbath and beyond as he relives a most heavy life; we present the inside story of blink-182's Enema Of The State on its 20th (!) anniversary; metalcore’s next superstars I Prevail open up a case of emotion on Trauma; Deryck Whibley takes us inside his most personal work yet on Sum 41's new album Order In Decline; and William DuVall of Alice In Chains unveils the songs that soundtracked his life.

In the reviews section, the whole proves greater than the sum of its parts as supergroup The Damned Things return, while New Found Glory prove sequels can rule of their third EP of film covers. On the live front, nu-metal survivors Papa Roach look to the future in explosive style, cult punks Daughters twist noise into beauty at their triumphant UK return, and rising Brit fuzz trio Puppy show plenty of bite at a thunderous Manchester gig.

There are six ace posters, too, featuring Oli Sykes of Bring Me The Horizon with Sam Carter of Architects, Holding Absence, As It Is' Patty Walters, PUP, Halestorm and Motionless In White.

All this and more is available in the new issue of Kerrang!, which you can get anywhere in the world through Kerrang.newsstand.co.uk. But for UK residents, it hits the shops on Wednesday, May 1 from all good newsagents.