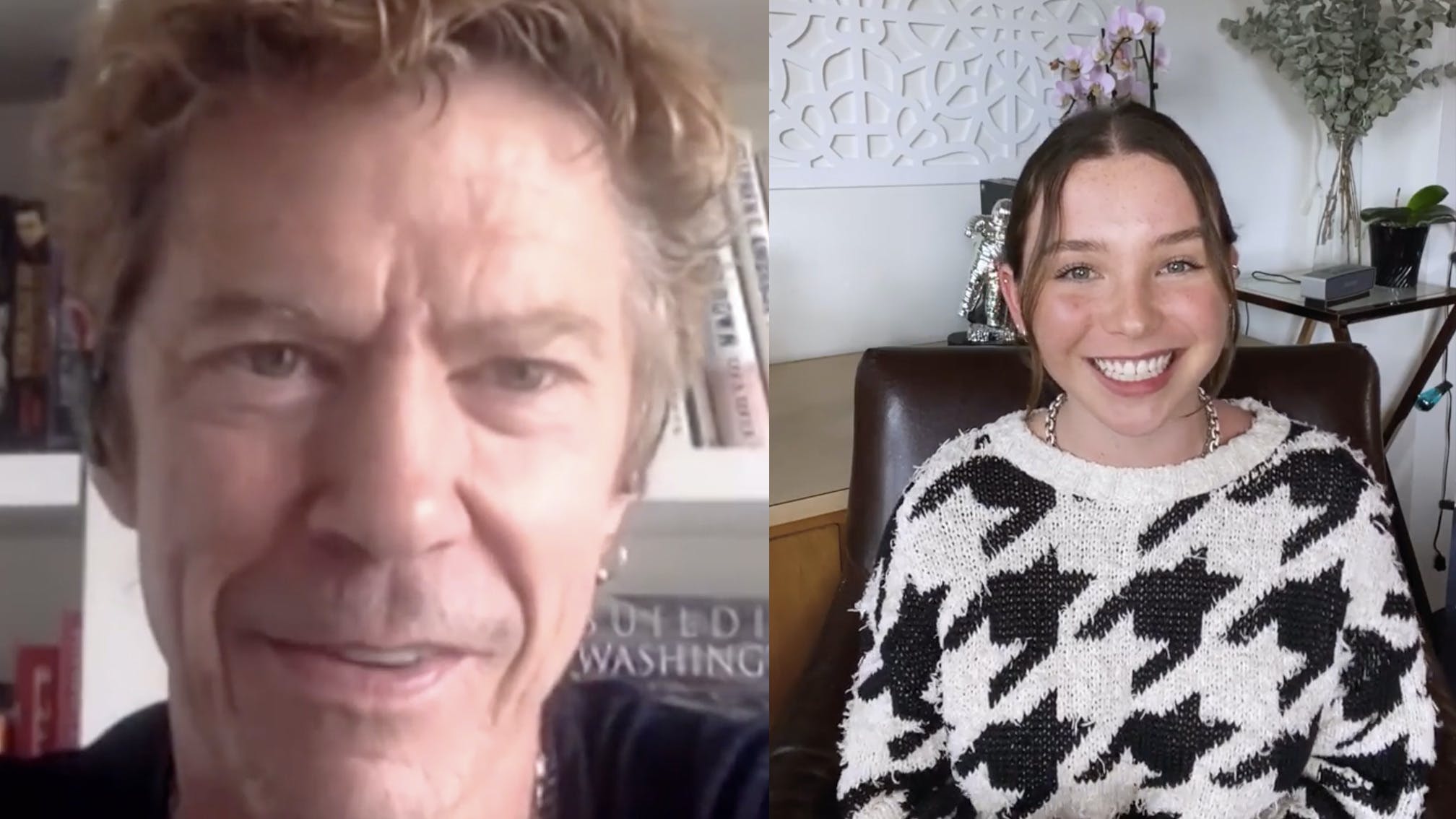 The Guns N' Roses bassist opened up about his past struggles with addiction in particular after Lily mentioned that Chris had his battles, too.

"What happens is, with alcohol, there’s so much sugar in alcohol, with a guy like myself, and I think with your dad, as well, you can’t just do a little…" Duff said. "In my case … I got up to a full gallon of vodka a day.

Read this: 7 things you probably didn't know about Duff McKagan

"And then I was doing cocaine, too. Cocaine is not good for panic attacks. …So I would take pills to bring me down from too much cocaine and alcohol."

The bassist also recalled his pancreas bursting in 1994 at the age of just 30 due to excessive drinking. He previously told GQ that the life-changing incident helped him to realise that "I would have a chance at leading a sober life, living a life without those chains on me".

Speaking to Rolling Stone before the podcast episode aired, Duff praised Lily for her work: "Lily has taken the very brave step of exposing her own ups and downs with mental health and carrying forward a message and public conversations with others. This public forum of Mind Wide Open is a brilliant dive into the real-time realities and solutions for us all to hold onto. Lily has definitely lived it and is still dealing with her own ‘stuff’, and that she chose to do something like this just shows the character of this super-strong, young woman."

Read this: The new Chris Cornell biography is the book his legacy deserves