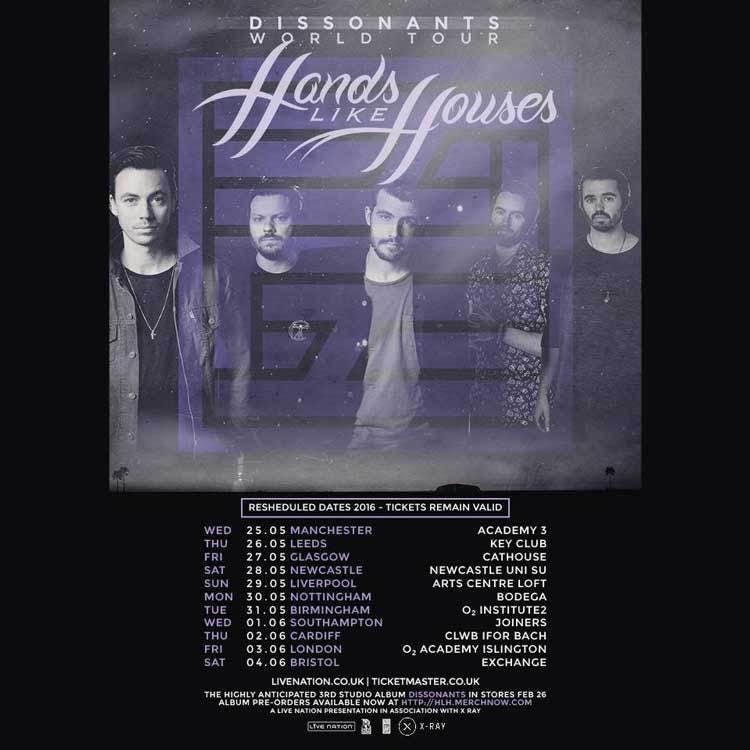 Hands Like Houses have announced a rescheduled run of UK dates for this May and June.

After postponing the original set of shows, the Aussie rockers will be returning in a couple of months, following the release of third album Dissonants (out on February 26 via Rise Records).

Check out the full list of dates you can catch Hands Like Houses below, and get your tickets from the Kerrang! Ticket Store. Original tickets purchased will remain valid.

Catch Hands Like Houses on the road at the following: