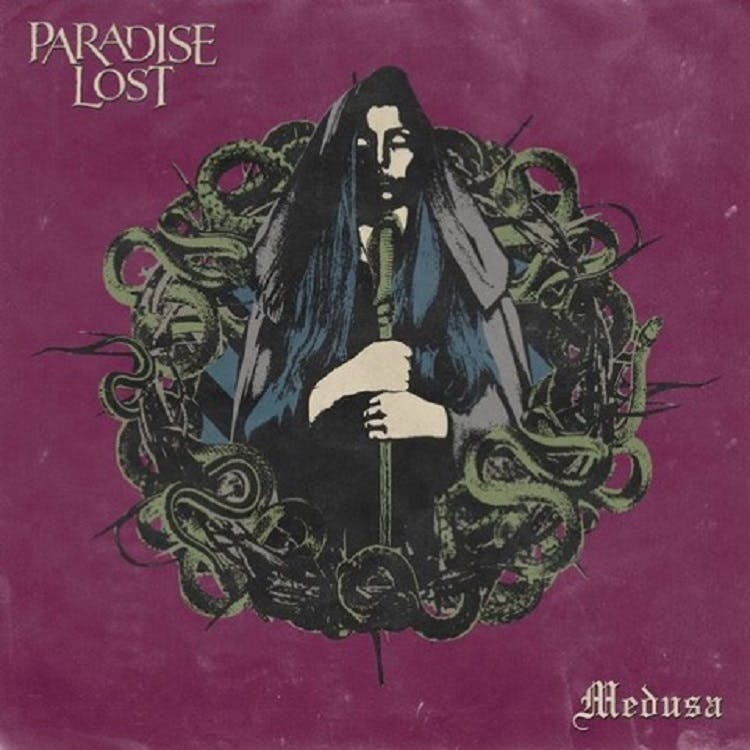 Want to know everything about the brand new Paradise Lost album? Well, read on…

The Gothic doom icons will release their fifteenth studio album, Medusa, on September 1 through Nuclear Blast. Hear a teaser of lead track Longest Winter below.

Having made steps back towards their heavier-than-heavy roots on recent albums, guitarist Gregor Mackintosh described Medusa as sounding, “Between Gothic and Shades Of God. The last song we wrote for [2015’s] The Plague Within was Beneath Broken Earth. It’s a really slow doom metal song and we really liked how it turned out so we thought it would be great to do more of that on the new record. It is a doom metal album I’d say, but each song took its own twists and turns. There’s lots of different harmony lines and Hammond organs going on there.”

“The new album is us coming full circle in a way,” agrees vocalist Nick Holmes. “We started the band doing this kind of music, albeit more primitively, and it’s like putting on another jacket. The old jacket still fits!” The album was recorded at Orgone Studios in Woburn with The Plague Within producer Jaime Gomez Arrelano, and marks their first album with new drummer Waltteri Väyrynen (Abhorrence, Vallenfyre), who replaced Adrian Erlandsson in 2016.

Along with a return to doomier waters, Medusa sees Nick dig back into his gruff vocals that characterised early albums. “[Joining Swedish supergroup] Bloodbath was kind of a baptism, because obviously it’s relentless singing in a death metal band,” he explains. “But that helped me find my voice again, and there’s more space on PL songs for me to do long screams. A heavy riff is going to be way heavier if you growl over it, so it mightily opens doors for the band.”

Discussing the songs, Nick revealed some of the themes of the album: “I’m still singing about the same things I’ve always sung about, but I see them from a different perspective. Religion is something that’s always fascinated me since I was old enough to talk, because the concept of it is insane and makes no sense to me.”

He describes Gods Of Ancient as being about the practice of worshipping the sun for a good harvest. “Pagan belief systems are easily mocked. But to me, it makes way more sense believing in the sun than in something you’ve never seen or someone has only told you about!”

“Fearless Sky is about putting your faith in personal possessions. From a point of hindsight, I look back on people I was at school with who only aspired to see what they could get and what postcode they’d have. And I think all these superficial things aren’t important in the grand scheme of things, and it’s a shame most humans think these things will make their life better.”

Listen to the Longest Winter snippet.

Meanwhile, Longest Winter was inspired by an article about animal and plant life returning to the radioactive exclusion zone surrounding Chernobyl Nuclear Power Plant. “Trees grew and animals came back in abundance, which is quite a sweet thing,” he explains. “But then there are hunting parties going in. They go in for x amount of time before radiation sickness kicks in to hunt the animals, then they leave again. I thought, that is such a human thing. The place was fucked by humans in the first place, and then we go in to do it again!”

As for the mythical gorgon Medusa who adorns the album cover, it relates back to Nick’s views on religion. “It’s different generations trying to grasp the same thing, all thinking they’ve grasped it more and no one ever has! It’s funny. We’re civilised with technology, but we still don’t know what the fuck’s going on and we’re all going to die. No one gets any closer to it.”

Check out the doom-laden track-listing below: