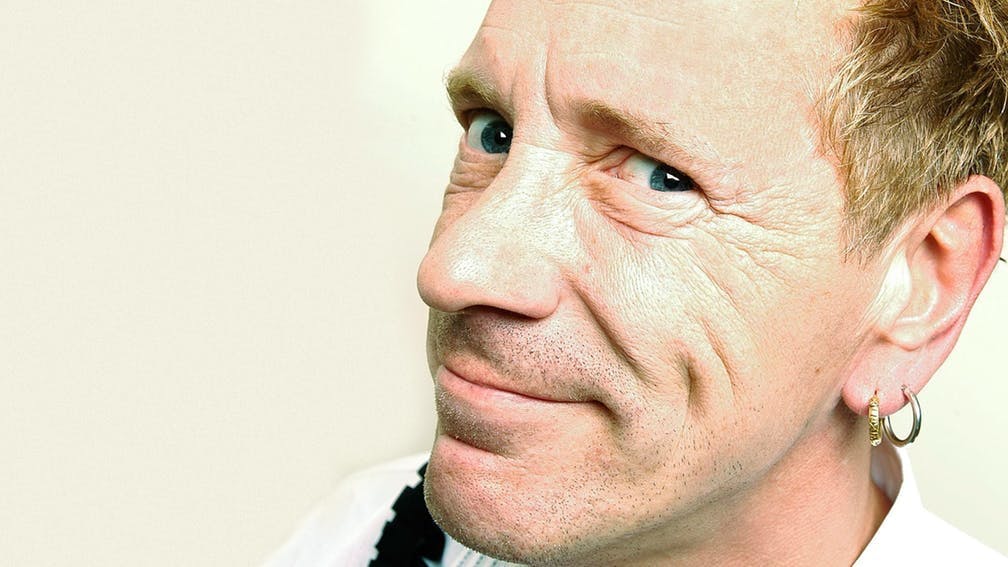 When John Lydon announced to a room full of spectators in Los Angeles in 2019 that “punk music for me was positive, proof positive that we could change our lives by music, meaning what we said [and] attack the political systems,” he did so with a stridency that recalled his younger years. By the time he’d moved on to verbally haranguing Marky Ramone, two seats down, the 63-year-old appeared like nothing so much as a demented slab of gammon berating the panel on Question Time as to how “we” won two world wars and how the best way to deal with Brexit would be to call on Bomber Harris to level the European Commission in a carpet of fire.

That John Lydon is increasingly a bizarre and crotchety old man is not much beyond dispute. That the one-time singer with the Sex Pistols occasionally says things that sensible listeners wish he had not – his description of the cretinous Nigel Farage as “fantastic,” for example – is also a matter of public record.

But it’s worth noting that on the subject of punk, John Lydon knows of what he speaks. Because without him, punk wouldn’t exist.

In 1976, in New York City the Ramones gave punk rock its sound, a caffeinated pop bounce that would endure down the years with bands such as The Dickies and Green Day. But in London, that same year John Lydon – or Johnny Rotten, as he was then known – gave the genre its voice.

Without him, the whole movement would have been a footnote. That it is much more than this is down to the laser-eyed fury with which Johnny sang. In dismissing the Queen – the Queen! – as being a person who ‘ain’t no human being’, the Pistols terrorised a nation in a way that today it is impossible to do. That week in 1977, the occasion of Her Majesty’s Silver Jubilee, the official charts were rigged so that Rod Stewart sat at Number One, this despite the fact that the Pistols were selling four times as many copies of their own seven-inch single. The band, and Johnny Rotten in particular, were deemed so beyond the pale as to be recipients of the highest compliment the British establishment can confer – a moral panic.

Forty-two years on, it is deeply pleasing that it is Marky Ramone at whom John Lydon is now having a pop. The Ramones’ second drummer, Marky joined the band in 1978 at exactly the point at which the energy and fizz of the group’s earliest gems – Rockaway Beach, Blitzkrieg Bop, Sheena Is A Punk Rocker, and so on – were giving way to repetition and routine. These days the 67-year-old tours the clubs of the United States and Europe playing a greatest hits set of a band three quarters of whom are dead. Whatever punk is, it surely ain’t this.

In London, in 1978 it took Johnny Rotten just two minutes and 58 seconds for him to escape from the corner into which he’d painted himself with the Sex Pistols. Just nine months after walking away from the band that had made him both feared and famous, the frontman returned, this time as John Lydon, as the leader of Public Image Ltd, a role he occupies still today. The group’s first single, Public Image, gave the death-stare to what had come before, and then duly set it on fire. ‘I’m not the same as when I began / I will not be treated as property’, he sang.

He wouldn’t then, and he won’t now. For all the times that John Lydon comes across as a berk – and, to give him his due, the times he appears to be a decent and compassionate man, as he did when speaking on the suicide of Keith Flint – he remains an artist on whom it is unwise to turn one’s back.

It is the Sex Pistols for which he will be most keenly remembered, but it is with Public Image Ltd that his punk heart continues to beat. Almost 40 years on from a show at the Ritz, in New York, at which the singer encouraged a restive crowd to riot by performing behind a curtain while repeating the words “silly fucking audience,” PiL are still issuing music that pushes at boundaries in ways that are sometimes odd and often unsettling. The band’s last album, What The World Needs Now, released in 2015, stands comparison with the timeless Metal Box, unveiled in 1979.

Today, John Lydon remains the difference between punk rock and punk. Punk rock is a sound, and an industry worth millions of dollars. Punk is something starker, less likeable, and much rarer. It is something that is in his blood, as well as, you imagine, a thing that makes a terrible racket in his head.

And it will take more than a turn as a pantomime dame on a panel in Los Angeles to change that.

Oh, you’re into Sex Pistols? You get we’ve got a ton of stuff about Sex Pistols right?