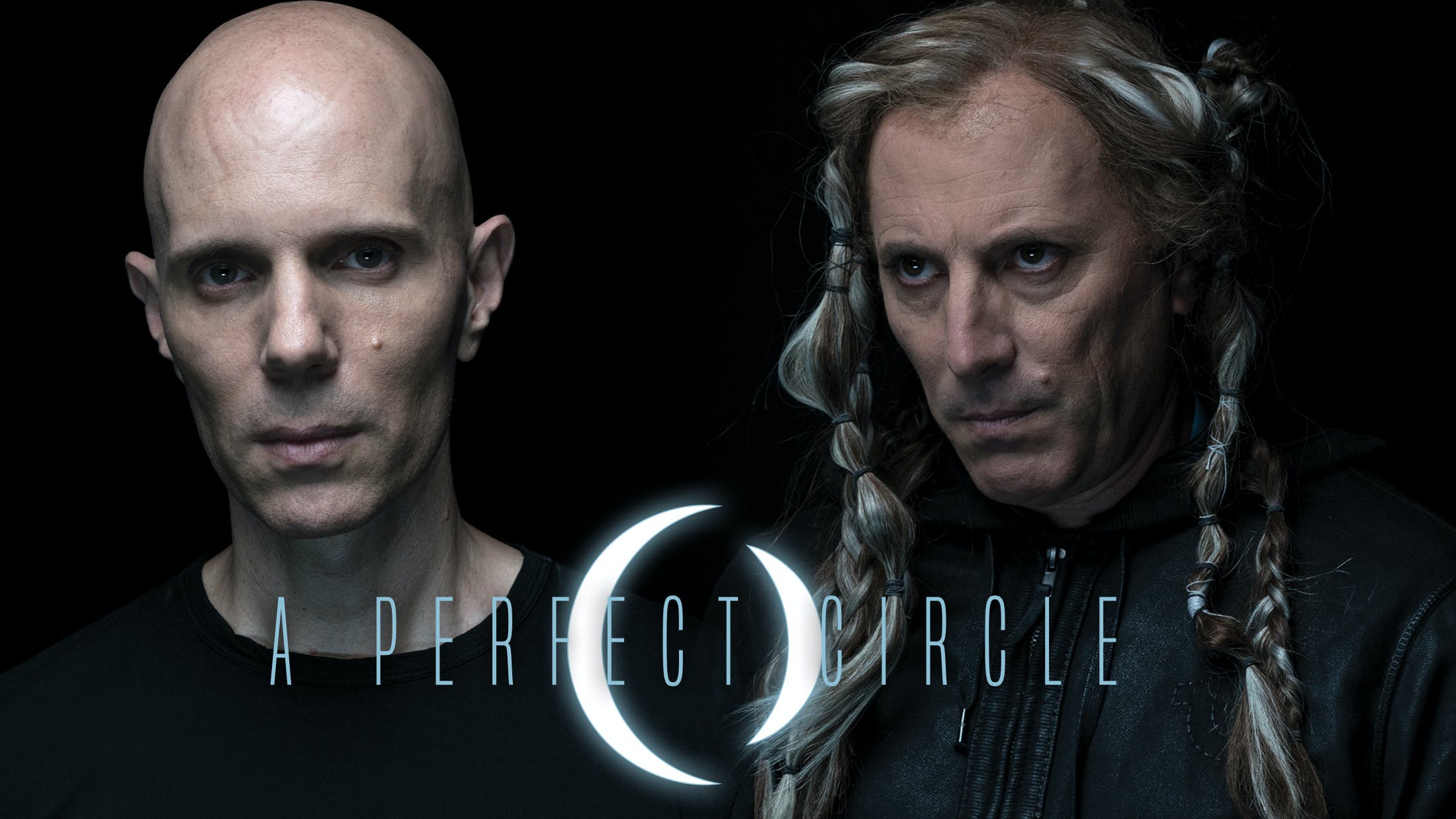 This week's issue of Kerrang! is a collectible wrap-around cover, so you're basically getting two for the price of one.

A Perfect Circle have been facing questions about their long-awaited fourth album for over 14 years. And, finally, they're ready to give the answers. In our world-exclusive interview, Maynard James Keenan and Billy Howerdel introduce their latest opus, Eat The Elephant, to Kerrang!…

If that's not enough for you – and it really should be – Justin Hawkins, Matt Skiba and more catch up with their younger selves, and give them some valuable advice. After that, Christina Scabbia tells us how she's never been stronger, and American Nightmare come back with a new sense of purpose. Also, we take a look at the highly-anticipated return of The Smashing Pumpkins – with three-quarters of the original line-up confirmed for a reunion, and The Wonder Years have just announced a new album!

Elsewhere, a tiny little band called Foo Fighters head to Australia for some incredible headline shows, while Motionless In White and Dead! make an impact closer to home. And talking of home, Don Broco's new album gets reviewed! And, amazingly, it's even more bonkers than their previous two.

Finally, we have a Marilyn Manson poster special. Because, y'know, why not?

Remember, this issue comes with a collectible wrap-around cover, so don't be confused by the back page also looking like a cover. It will hit the shops on Wednesday, February 7 and is available to order anywhere in the world through Newsstand.