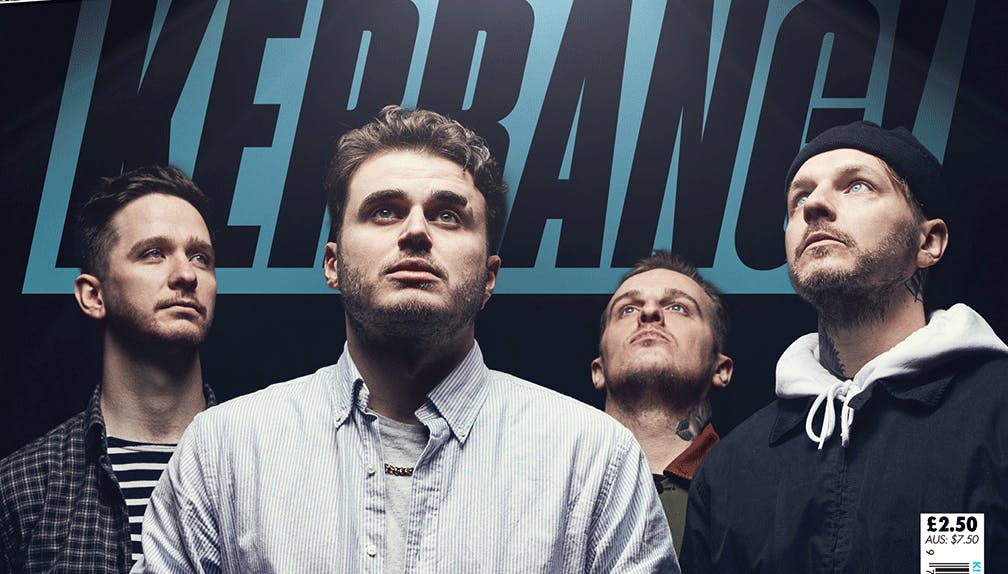 This week, we welcome a band to the cover of Kerrang! for the first time in their career...

It's been a traumatic 12 months for Moose Blood, enduring untold personal strife to emerge with their most emotional album yet. Theirs is a story of struggle and survival, and at its heart is a band of brothers building something special…

Elsewhere in the issue, Myles Kennedy opens up for the first time about the death of his father and how it inspired his first solo venture, while Davey Havok takes us inside his inspirational career fronting AFI and generally being an all-round punk rock hero. Then, Rolo Tomassi prove just why they're one of the UK's best cult acts, and Mike Kerr of Royal Blood reveals how much he loves the Gladiators TV show theme tune. Spoiler: a lot.

Also, Frank Carter brags about what an awesome tour he's had in Australia, The Ghost Inside's Andrew Tkaczyk returns with new music, and James Hetfield gets his break in the movie world. Then, Marmozets smash Sheffield; Arch Enemy take on Nottingham; and Jamie Lenman wows London. All before we review what might be the best hardcore record of the year by Turnstile.

And for those Linkin Park fans, we've got a through-the-years poster special, as seen through K!'s lens.

All this and more will be available in the shops on Wednesday, February 21. Or, if you live outside the UK or can't get to a shop, you can order the issue online through Newsstand.