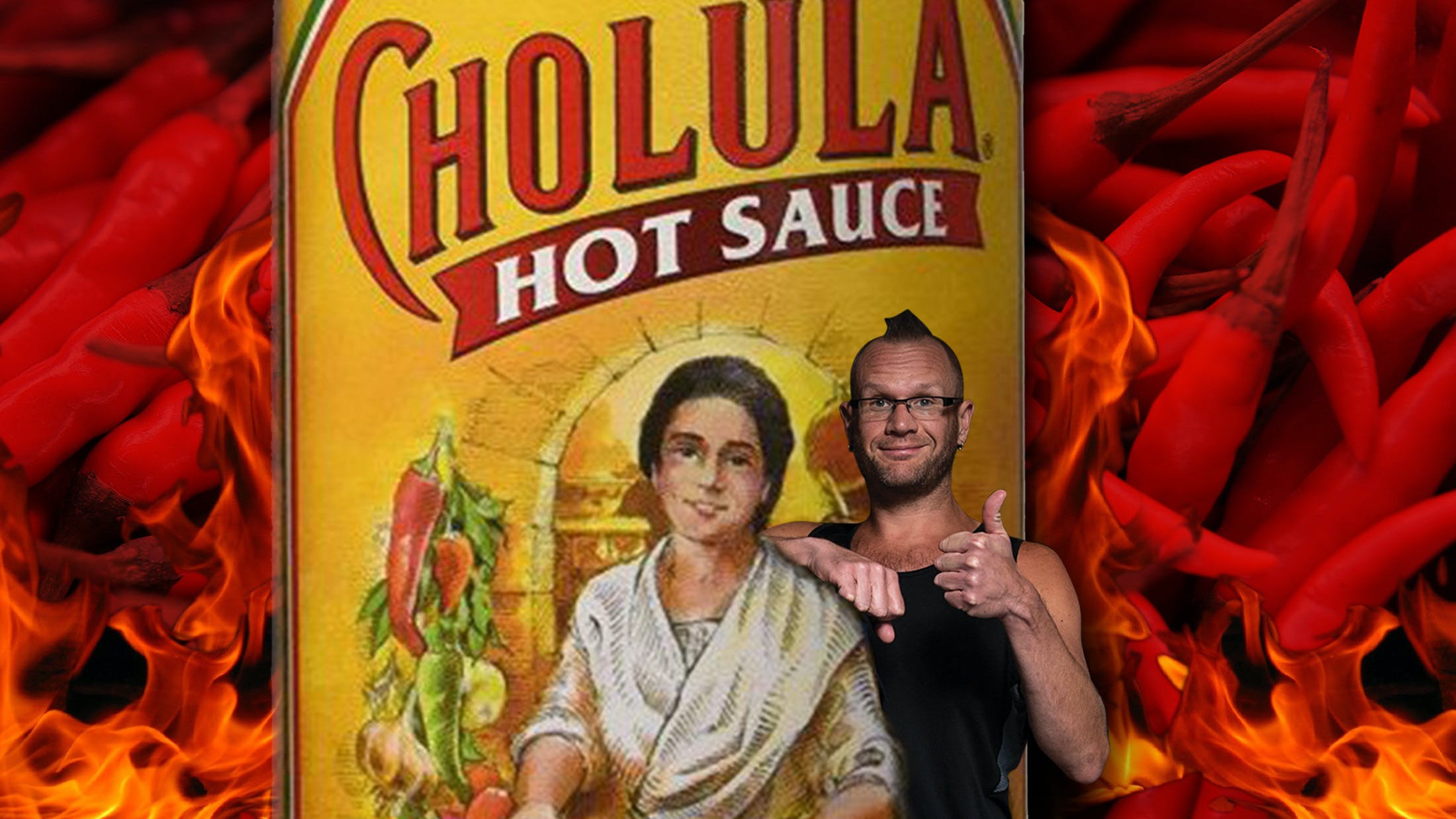 The Killswitch Engage guitarist Adam Dutkiewicz is no stranger to pain. He barely flinches at the incendiary violence of Regret, a limited-edition hot sauce made by Wiltshire Chilli Farm with an oleoresin that measures 12 million on the Scoville scale (the official measurement of how spicy food is).

"I’m assuming I’m just going to die," he says, levering a molten bead on to the tip of a knife. "Yep. That is hot. Very, very hot. Anyone else?"

For perspective, your Tabasco will register around 4,000 on the scale, habanero around 150,000. Pepper spray, as used by the police, comes in at 5 million.

"I’m a bit of a snob,’ says Adam, "in that there's a lot I don't like. When it comes to hot sauce, what I don’t like are the really basic ones based on vinegar. People have the illusion that vinegar is spicy. The whole idea behind Tabasco? Everybody in the south will probably want to hang me for saying this, but it's I don't think it's a very good hot sauce. It has a specific role, with oysters."

So which would Adam D recommend? Well, here are the top five hot sauces according to Killswitch's resident spice master.

"The consistency is unique and has such a character; it makes it a really good sauce, especially for eggs. This is the best sauce you could ever put on your breakfast. Eggs and hot sauce? It’s like peanut butter and chocolate.

"I don’t know if they have all the versions in the UK, but in the States you can get one that's a green chilli lime version, and then there's a garlic version. Obviously anything with garlic in it is going to be better."

"It’s got a little dude with a sombrero on the front. It's so funny, it was hard to find in the States for a while, but I moved to California a little while ago and it's everywhere. It's in every restaurant.

"Tapatio is literally what everyone uses for everything. And same thing [with Cholula]; it's great for breakfast, but you get burritos and it’s just a staple there. It’s a bit saltier than some, but it really is fantastic."

"This is very similar to Tapatio, but Valentino is from a place in Mexico that’s famous for its sauce. You find this in a lot of restaurants in San Diego and California. It's got that same thicker texture, so it sticks to whatever you’re eating a little nicer.

"If you're not really into hot sauces you might say there's not much of a difference, but to me there really is as far as the texture and the consistency. Valentino is great. It’s awesome."

"I’ve never gone as far as to make my own sauce, but there's this burrito place a little way from where I live and I've seen them making it in the back. They have some of the best sauces I've ever had in my entire life, because they make it all fresh every day.

"The thing that got me was, I always loved their salsa, but I figured out why the day I came in and saw them making it. They had a blender filled with garlic cloves. That’s their first ingredient. And as with any foodstuff, if it’s fresh it’s better."

"Sometimes I even fly with sauce. This is the last one, but my life revolves around the sauce that is Sriracha. I put Sriracha on everything. It is my favourite hot sauce in the entire world. Any version.

"There’s a Danish importer that brought a garlic Sriracha from somewhere in Asia that we found when we toured last summer with Iron Maiden. Joel [Stroetzel, guitarist] and I each bought three bottles to bring home with us. But I have to say, the original, tried and true, is made in California."

A new Killswitch Engage album is expected later this year.