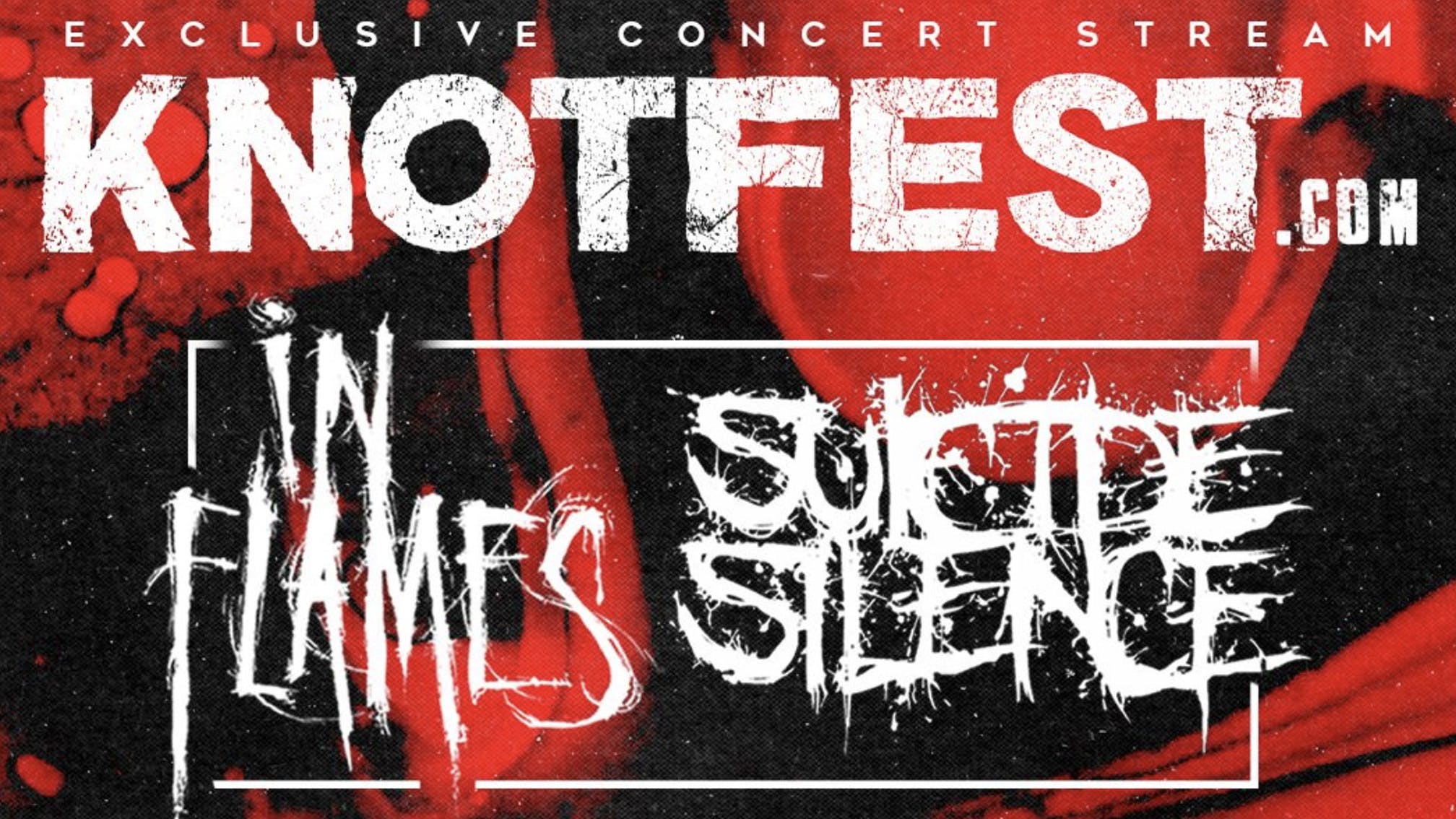 Knotfest have announced the next bands taking part in their concert streaming series, with In Flames and Suicide Silence set to feature over the next couple of weeks.

Up first, Sweden's In Flames will be streaming their headline performance from Wacken Festival in 2018 on June 5, with the news of the stream pairing with the band marking the 20th anniversary of their Clayman record.

Two weeks later, California deathcore mob Suicide Silence will unleash their 2015 Mental Health America benefit show on June 19, with frontman Eddie Hermida explaining: “While originally organized as a benefit for Mental Health America, we feel it’s necessary to repurpose this with an overall message of ‘Peace, Love & Respect’ as we stream this performance in its entirety for the first time ever in cooperation with the great folks at Knotfest.”

Read this: The 11 most polarising bands of the last decade

Between the two sets, on June 12 Knotfest are teasing "a major unannounced festival event", with details still to come – so stay tuned for more on that soon.

Until then, watch the teaser for In Flames' The Clayman Returns below:

Knotfest's recent activity follows the postponement of Slipknot's Knotfest Roadshow U.S. tour, as well as the inaugural Knotfest UK and Knotfest At Sea cruise in the summer.

“Unfortunately Slipknot’s summer 2020 touring, including the North American Knotfest Roadshow, Knotfest UK and Knotfest at Sea, will not be happening,” the band said in a statement.

“The band looks forward to performing for its fans again, and will do so when everyone’s safety can be assured.

“All ticket holders will be emailed directly with refund options, Knotfest At Sea purchasers will be contacted with postponement information.”