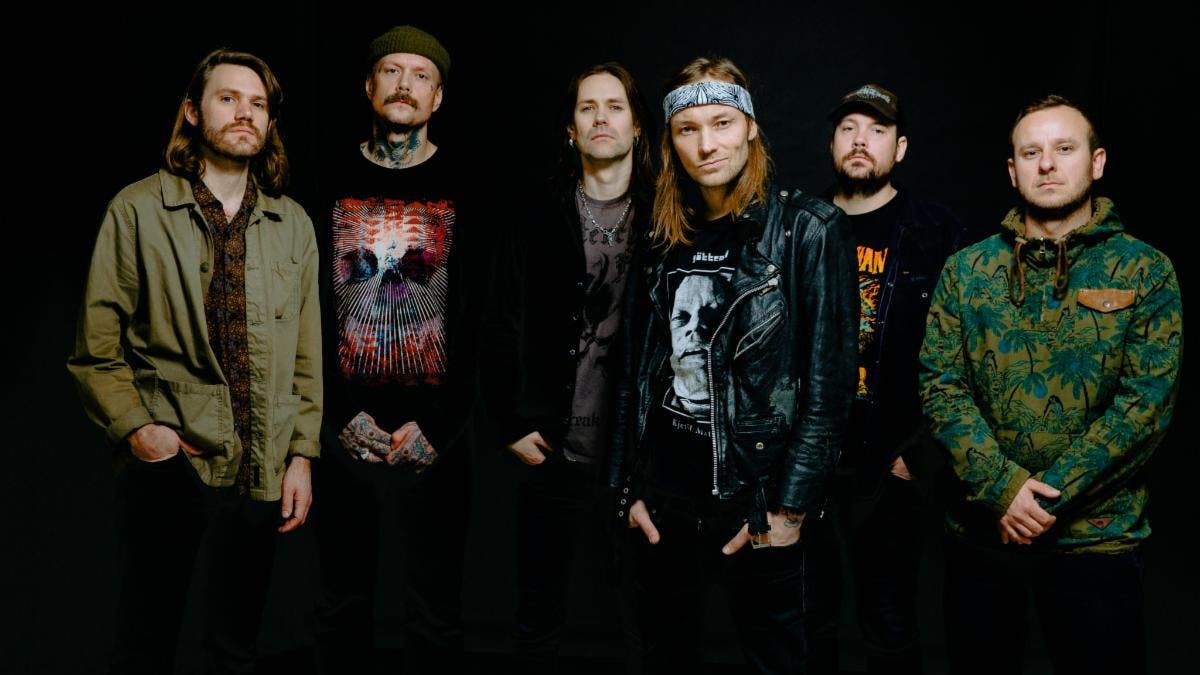 Norwegian black'n'roll punks Kvelertak have released another track from their upcoming album Splid.

Speaking about new single Fanden Ta Dette Hull, the band say, "In Stavanger city museum there used to be a exhibition in the basement called crooked animals and smiling skeletons... Most of the skeletons are as old as the museum.

"They had, after so many years, become crooked and it looked like they were smiling. The first thing you could see was a skeleton of Homo Sapiens and it was a real skeleton of a man who grew up in my neighbourhood in the 19th century. This guy was buried last year, in 2019. Fanden Ta Dette Hull is the story of his life. And what a life!"

Kvelertak's forthcoming fourth album will be released on February 14 via Rise Records.

Norwegian for discord, the band say Splid is "a deep dive into western gluttony, our own stupidity, and the abyss of the earth."

The continue: "Working with Kurt (Ballou, producer) again has been amazing and we're extremely happy with the production. We've pushed ourselves to the edge this last year - musically, physically, and mentally. The result is one hour of catchy riffs, punk rock, and heavy metal influenced by a world in discord to accompany our way towards Ragnarok."

Kvelertak are touring Europe extensively over the next few months. Get your tickets now.