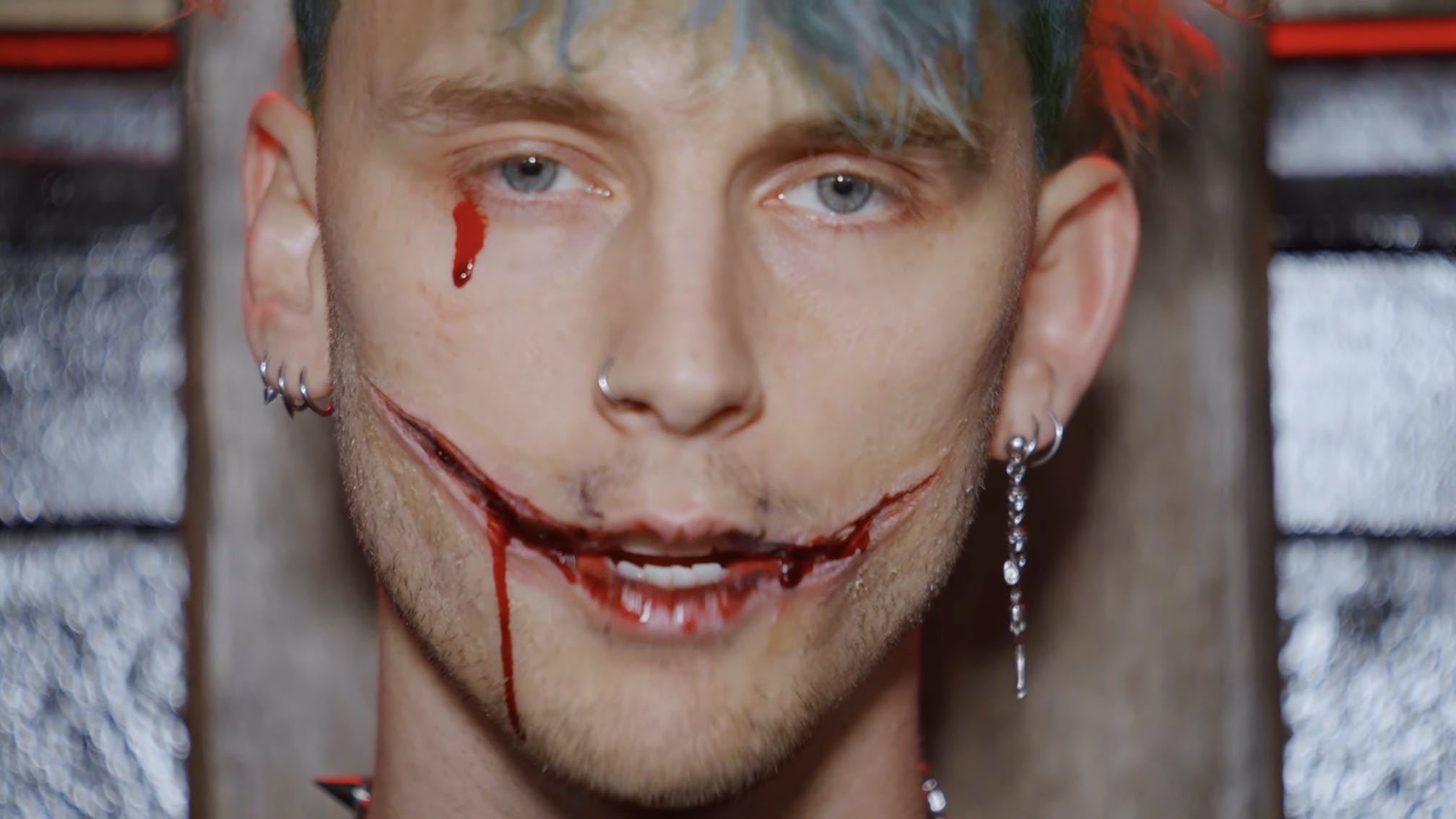 Following the release of their new collab DAYWALKER!, Machine Gun Kelly and CORPSE have shared a grippingly intense accompanying video.

Directed by MGK and Sam Cahill, the promo features YouTuber/streamer Valkyrae and contains many different acts that'll have your head spinning.

Recently, Machine Gun Kelly spoke of his 'future intentions’ when it comes to art, explaining that he plans to, "Break the mould of everything I just did… and piss people off all over again!”

MGK continued: "Even when I say, 'Break the mould and piss people off all over again,’ I just mean make them think again; make them have a moment of, 'This artist is so polarising [that] I have to tune in.’ Because I don’t want to be bored with an artist, and I think Kanye [West]’s a great example of that: we all have moments of sitting at dinner tables talking about Kanye and being like, 'I didn’t like this!’ or, 'I loved this!’ or, 'Why is he doing that?!’ But I’ll tell you what, man. We’re still talking about him and we know that there’s greatness in there behind it.

"When Prince passed, seeing that everything even in the ’80s when maybe people were like, 'This doesn’t make any sense…’ seeing how it made so much sense in the years leading up to his death and the years after, that’s a legacy worth fighting for. It’s not gonna be easy, and I’m aware of that. I’m happy to keep breaking the mould.”

If that's not enough, Valkyrae has shared a behind-the-scenes vlog: