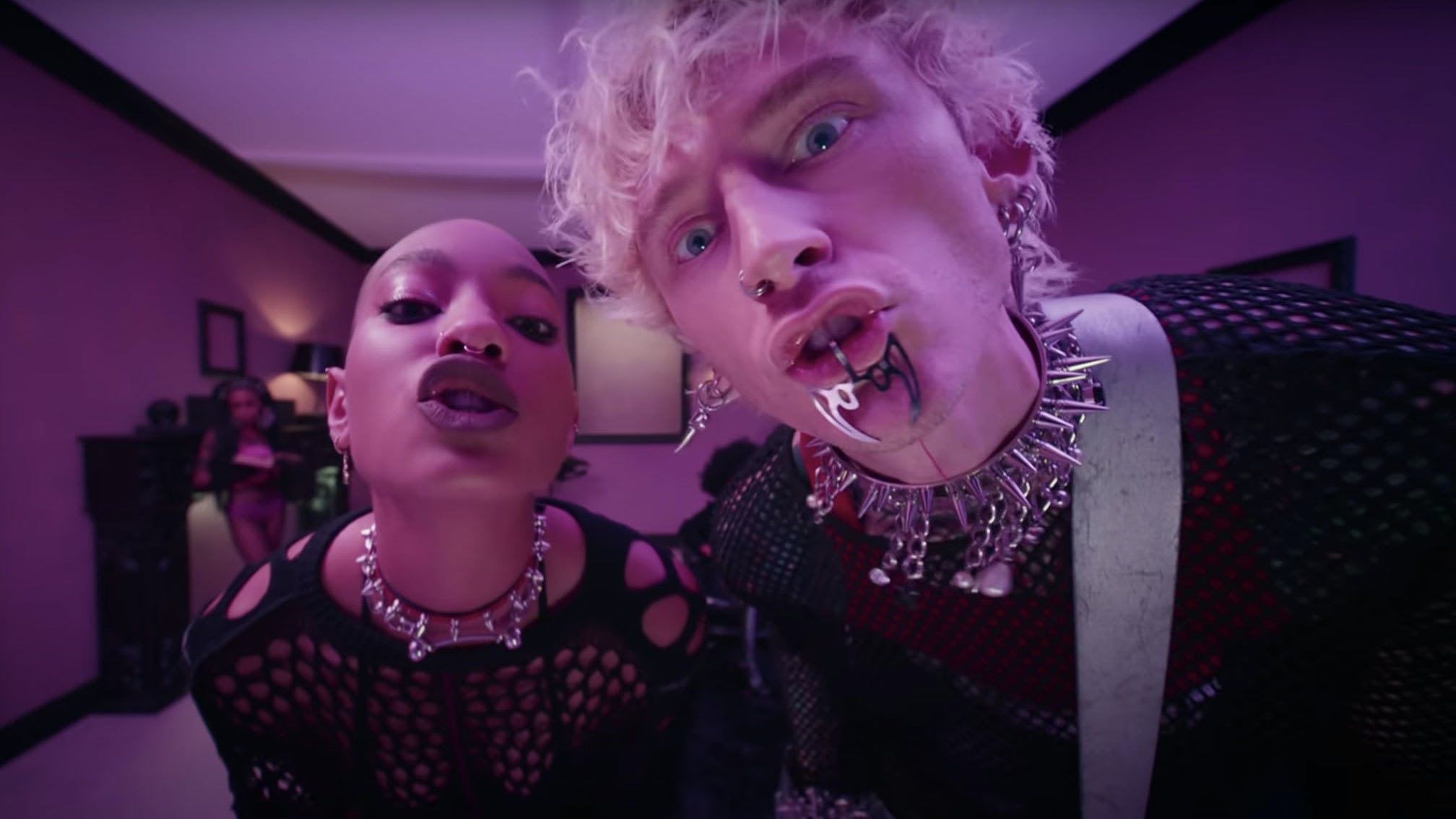 The clip features blink-182 drummer and MGK/WILLOW collaborator Travis Barker as a teacher who brings his class on an entertaining field trip, as well as a cameo from a suitably emo'd-up carolesdaughter.

The single is taken from Machine Gun Kelly's upcoming sixth album Mainstream Sellout, which is due out on March 25. Originally titled Born With Horns, the LP only recently underwent the change, with MGK reasoning of the new name that, "I am whatever you say I am." It'll also be one of two records from the musician this year, and will quite possibly feature a song with phem if this teaser is anything to go by.

Anyway, in the meantime, watch the emo girl video below: