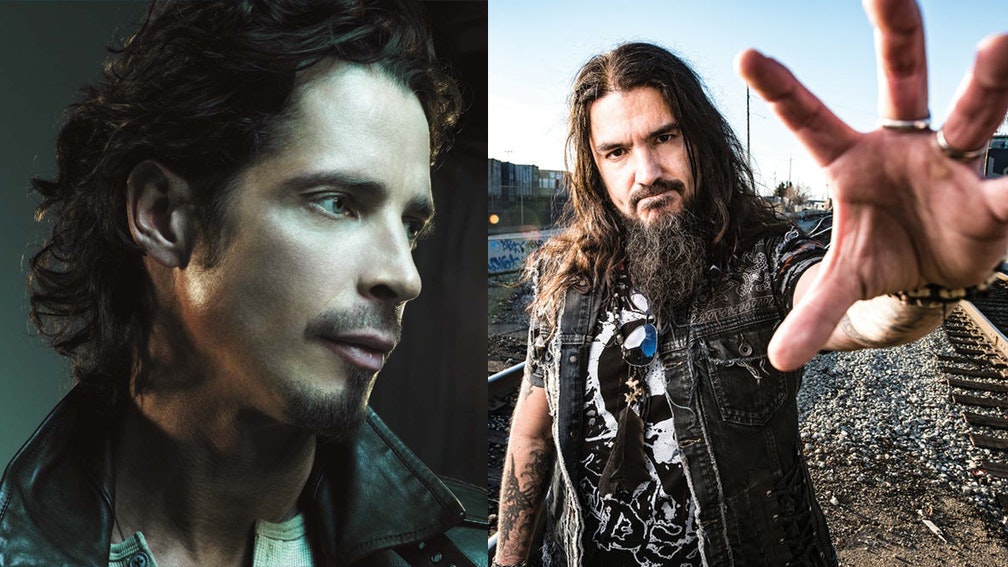 Machine Head frontman Robb Flynn has announced that he'll be taking part in a tribute night for the late Chris Cornell on July 19.

The musician will be joining forces with Soundgarden/Alice In Chains tribute band Rusty Chains in San Francisco to pay tribute to Chris, who passed away on May 18, 2017. All proceeds from the gig will go towards San Francisco Suicide Prevention charity.

"I will be jamming with Rusty Chains on Friday, July 19 in San Francisco," says Robb. "Come out and rage with me for my b-day bash!!! These guys are the Premier Cornell-Tribute act of the area, and the singer Tony Malton has previously brought his insane vocal skills to the Robb Flynn and Friends Bash. This is a charity show, there will be no comps or VIP.

"They will be performing Badmotorfinger in its entirety, I will be playing guitar and singing for some of this, as well as doing a second set of Chris tunes afterwards!! Come hang!!"

All-female Nirvana tribute group, In Uterus, will also be performing.

Earlier in the year, members of Soundgarden, Audioslave, Metallica, Foo Fighters and more gathered for the I Am The Highway: A Tribute To Chris Cornell event – check out our gallery from the event right here.

“It’s important to recognise the breadth of his work over time,” Kim said. “From the younger, wilder, more aggressive music of his youth, to his solo work as an older man and a father that was more contemplative of that maturity and that role. And then there’s the years in between, where he was growing, experimenting and taking more risks, creatively and emotionally. That gives the listener so much insight into the body of music: being able to hear how he transformed through the material, and similarly how the material transformed throughout his life.

“Singers have a difficult job. It’s a very self-conscious role and they’re putting themselves out there through the voice, which is an intimate instrument to be disclosing, so you have to make sure it’s done right and reflects well on you. And then there’s the fact what you are singing about is often highly personal.

“He knew what he could do, we all did,” he continued. “But he liked to pursue the areas he wasn’t as strong at too. He was more inclined to take that challenge with his instrument. There was a point when people started saying, ‘He’s a great singer – perhaps the greatest singer in rock,’ and that’s when he began to really focus on being as good a singer as he could be, so he could be even better.”

Every Soundgarden album ranked from 'worst' to best

From Superunknown to Badmotorfinger, we chart the recorded legacy of 'Seattle sound' behemoths Soundgarden.

Paying tribute to the late, great Chris Cornell, as we take a look back at his incredible legacy.