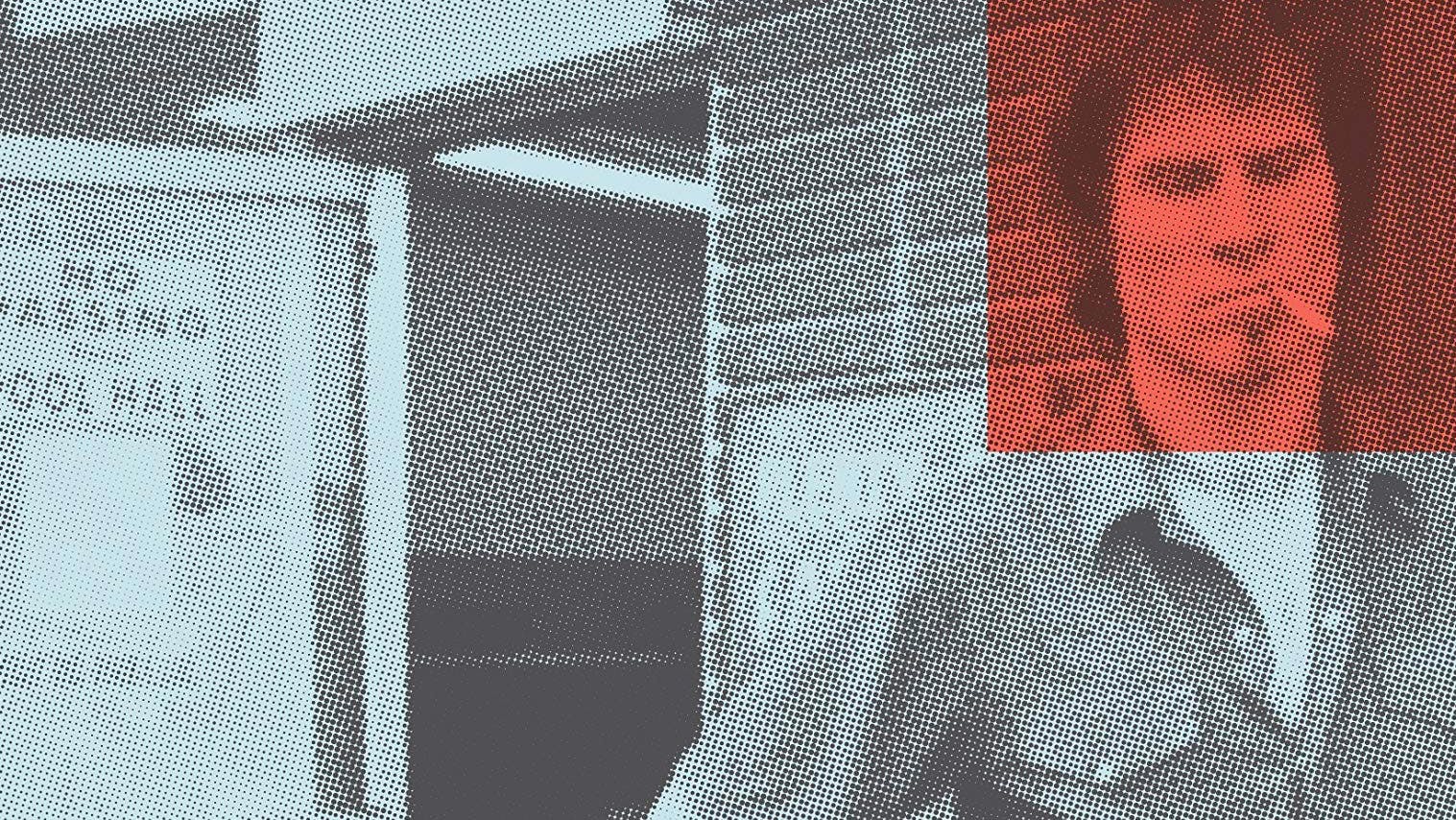 Let’s be honest, most rock autobiographies are duller than dishwater. Either that or they venture into the realms of self-aggrandising nonsense or, even worse, obfuscation. The opposite is true of on all counts of Mark Lanegan’s Sing Backwards And Weep – one of the most unflinching memoirs in the history of music writing.

The prologue opens at an indeterminate date in 1997 with Mark getting pulled over by the cops having just scored a bag of dope and a bag of coke with his cross-dressing pal, St Louis Simon. He has no ID on him, his passport is in his nearby apartment, “on the coffee table covered in crack pipes” to be precise. Feigning indignation at being stopped, he simply tells the policeman his name. “Didn’t you used to be a singer?” comes the reply. And, right there, in the space of a mere two pages, the reader is plunged into Lanegan’s dark world of excess and confronted with the lack of self-worth that punctuates so many of his actions.

Self-worth, however, should not be confused with self-pity. Lanegan has no truck with the latter. Instead, he writes about his life with remarkable lucidity and with a poetic impulse based on his considerable powers of observation. His approach is confessional, but eschews the mea culpa of post-rehab therapy-speak, as he accepts that his love of drugs, sex and music are essentially the three key elements that define him.

READ THIS: 10 lesser-known grunge albums you should own

Punk rock enters the baseball-loving Mark’s life in his early teens when he sees a picture of shirtless Iggy Pop in an issue of Creem magazine in his local record store. There, he also hears an assortment of punk 45s. “I was instantly grabbed and fucked hard,” he writes, describing the Sex Pistols’ Anarchy In The UK as a genuine epiphany. Nevertheless, it takes a chance meeting with the Conner Brothers – guitarist Gary Lee (referred to as ‘Lee’ throughout and, indeed, ‘Meatloaf’ on one particular occasion…) and bassist Van – for Lanegan to escape a life of menial jobs and petty crime, as he begins a career in music by forming Screaming Trees.

While the antipathy that existed between band members is common knowledge to anyone aware of the Seattle scene of the late ’80s and ’90s, the level of contempt between Mark and Lee is quite remarkable. In fact, Lanegan pulls no punches in outlining his dislike of both the guitar player (“a stone prick”) and his desire to control the band. His details of the Trees’ early “endless, thankless” touring days are equally grim, and he shows scant regard for their musical accomplishments, criticising their lack of ambition and Lee’s cod psychedelic tendencies.

Most staggering of all is the period during which the band appear to be at their most successful. Signed to Epic, scoring alternative hits thanks to the grunge goldrush, and managed by Q Prime (whose clients include Metallica, the Chili Peppers et al), the unhappiness within the band is palpable. Not even the arrival of an enthusiastic, young Josh Homme – fresh out of Kyuss – as an additional guitar player it seems can save the Trees from themselves.

Lanegan, meanwhile, loses himself fully to his own addiction, detailing his drug use and the lengths he goes to in order to score in unsparing and sordid detail. “Heroin was my number one, and anything else – everything else – was such a far-distant second place as to be virtually unseen on the radar screen of my life’s importance,” he admits, as he burns through money, leading him to a life as a dealer and almost rendering him destitute at one point.

To encounter Mark during those days was to look at a man who seemed to be disappearing before your very eyes. In November 1996, we were meant to conduct an interview in a blues bar five minutes walk from Kerrang!’s Carnaby Street office. He failed to show up. Instead, he went to King's Cross to score dope. When, after the Trees show at The Astoria that night, I walked into the dressing room to meet him, it was like looking at a ghost. Speaking to him the following morning over ‘breakfast’ (which for him consisted of four cigarettes and a cup of black coffee) was hardly much better. Reading about those days now is an utterly joyless experience.

And yet, there are moments of genuine humour in Sing Backwards…, not least of all when the Trees support Oasis on the East Coast in September, 1996. “Howling Branches!” proclaims Liam Gallagher as Lanegan attempts to eat a bowl of soup in catering. “Fuck off, you stupid fucking idiot!” comes the reply, leading to Liam’s own geezer-ly reaction. Lanegan’s desire to punch Liam’s lights out plays out over several highly entertaining pages and climaxes with Van Conner wrapping the head of his Fender Precision bass round the latter’s head as he attempts to intimidate the Trees from the side of the stage. “I had never encountered someone with a larger head and tinier balls,” concludes Lanegan, who is disappointed to find that Liam has quit the tour before he has the time to actually deal with the “cancerous slug”.

READ THIS: How Singles captured grunge's rise to mainstream dominance

Elsewhere, Mark does settle a number of scores, picking out those that have crossed him – Sub Pop’s Bruce Pavitt among them who ill-advisedly uses a photo that Lanegan hates on the cover of his first solo album, The Winding Sheet. He also details the lack of care he received from his mother, Floy, from a young age. A family reunion with her in later life has disastrous consequences and sees him confronting her about his traumatic childhood.

In contrast, Lanegan’s father, Dale, is depicted as a stoic, and more stabilising influence, who shows moments of real, understated love towards his son. His presence in Lanegan’s life – and therefore throughout the book – is intermittent but, despite the emotional repression involved on both sides, the pair bond over music and appear to share a similar melancholic outlook on life.

Despite Lanegan’s stark assessment of his own behaviour, warmth is in plentiful supply during key passages in the book, most specifically when he writes about the music that moves him (none of which is his own). He describes the awe that he feels when he sees a fledgling Nirvana play a show for the first time at the Ellensburg Public Library where their show is cut short after a mere four songs. At that point, Mark is one of the North West’s rising stars and Nirvana are nobodies, yet he is aware of being in the presence of a band that are “touched by greatness”, as he and Kurt Cobain swap numbers after the show. “I walked back to my depressing hovel with electricity in my step and a newfound buoyancy of spirit,” he says.

His love of the melodies sculpted by Alice In Chains is also expressed with the same level of joy, and so too is the discovery of assorted musical heroes, Nick Drake, Van Morrison and most significantly, the garage-blues outfit The Gun Club – a band whose impact on Mark is almost overwhelming.

Along with Earth’s Dylan Carlson, Kurt Cobain, Alice In Chains frontman Layne Staley and Gun Club leader Jeffrey Lee Pierce become Lanegan’s closest friends. As well as mutual musical admiration, Layne and Mark in particular share a love of drugs (their joint European touring exploits are detailed in grim terms). The deaths of all three are detailed with devastating intensity that lasts until the very last page of the book – the final six lines detailing a phone call Lanegan receives from his accountant, Laurie Davis, informing him of Layne’s death. The news leaves him destroyed.

In many ways, the spectre of death hangs over the entire book. Lanegan began writing his memoir because his friend, Anthony Bourdain (the chef and documentary maker), implored him to do so. Shortly after Lanegan began work on the book, Anthony took his own life. As a result, Sing Backwards… is dedicated ‘To Tony… And all my absent friends’ and yet it is a survivor’s tale, and a brilliantly written one at that.

If there is anything missing from the book, it is a sense of how Mark approaches making music himself. That said, he deliberately ends his story in the late ’90s and he pretty much fails to visit any of the music he has made in the last 20 years. In that time, of course, he has become one of the most prolific artists of his generation.

Most significantly, he is also clean now, and yet he spares us the chapter and verse that details his road to recovery. Instead, Sing Backwards… is a chronicle of addiction delivered with the same defiant brutality and fierce intelligence that animates William Burroughs’ semi-autobiographical 1953 novel, Junkie. It is a chronicle of a time and a scene that, in many respects, was defined by an in-built sense of nihilism and self-destructive tendencies.

As a reader, by the time you reach the epilogue, you yearn for a sense of redemption. It does not come because Mark Lanegan does not believe in happy endings. Nor should anyone expect a sequel to Sing Backwards And Weep. Lanegan has said all he has to say, and now he would most probably like to be left alone…

Queens Of The Stone Age: Every album ranked from worst to best